Exit by Form are a Heavy Alternative Rock band with a sepia-toned twist.

This growing Vienna, Austria quartet seemlessly soundshifts from Post New Wave-influenced spheres to in-your-face Heavy Rock, without ever losing a distinctive hint of darkness or their sense for tunes and melodies.

Powerful guitars rule here. Pounding drums also do. And those bolt throwing basslines are clearly not here to protect you. But you will always be left with the chance to grab on a beautiful string of vocal melody to save you from this passionate maelstrom of energy and anger.

We would highly recommend Exit by Form to anyone who has ever had a rough day, or just anyone with a throurough enjoyment of powerfully transcendant music.

exitbyform | 1.Feb.2016
Our new album “To My Peoples“* is now released worldwide through all major online record stores and streaming platforms.

The album includes 9 songs about fear, despair, ambiguity and surrender that mark our sonically most challenging effort to date. Countless sessions, restless reviews and endless progress-bar watches.
Needless to say how proud we are about this.

* If there is one document that can be regarded as the “foundation deed” for the First World War, it is the Austrian Imperial Manifesto “To My Peoples!” of July, 28th 1914. This announcement was printed in countless variations throughout the Empire and released in all 9 official languages. 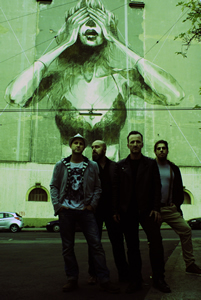