A Cleaner, Safer Way To Deliver

An air pollution crisis and the death of a child in Vienna have caused a rethink on the role of trucks in the inner city. Can cargo bikes bring safer streets and cleaner air?

It’s a sunny, if windy, morning outside the Burgtheater in central Vienna. Daria Kirillova pedals towards me on a three wheeled bike with a giant box shaped cargo hold. It looks like a moving wardrobe.

She’s has been delivering crates of organic vegetables through the narrow maze-like streets of the inner city on her giant cargo bike. Now she’s rushing to her next drop off just behind Vienna University.

The load gets lighter, of course, after each delivery, but when she set off this morning she says she was probably carrying between 170 and 200kgs. As we chat, a horse trots by with a Fiaker and gives Daria a nodding look, as if to say “I know how you feel, Kollege!” 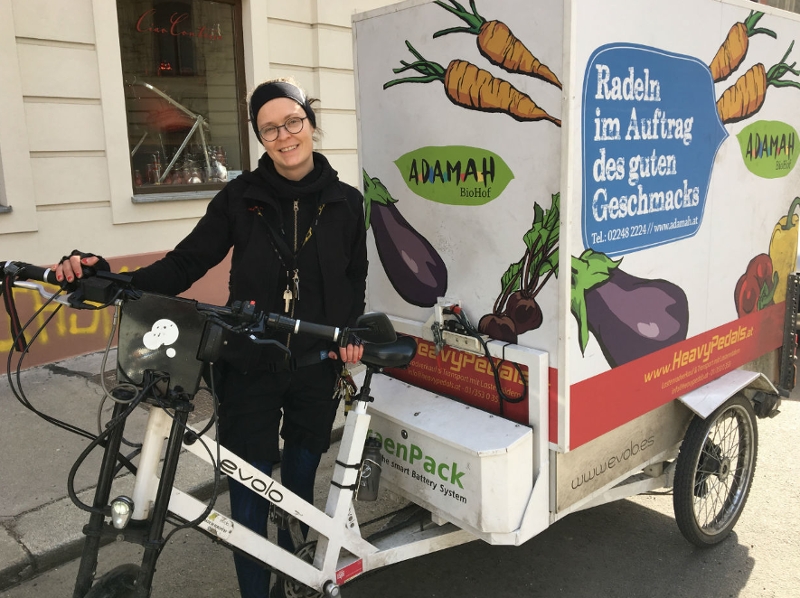 But Daria is not complaining. It is worth the Schlepp, she says. The cargo bike is aided by a small electric motor that is a big help getting going at traffic lights and, besides, she feels this is the best way to take goods to city customers.

“You’re faster, you can find a parking space and it’s environmentally friendly,” she says, and then laughs. “And I just like to ride my bike.”

These large cargo bikes are redefining what you can achieve in the city via emission-free pedal power. They are proving themselves to be a viable alternative to the traditional diesel truck deliveries that we have become so used to. With an estimated 400,000 EU citizens suffering an early death every year because of air pollution this is a welcome development.

The largest cargo bikes in the fleet of logistics company Heavy Pedals can transport 300kg of goods, rivaling a small van, but their logistics chief Florian Hofer urges me not to obsess about that statistic: 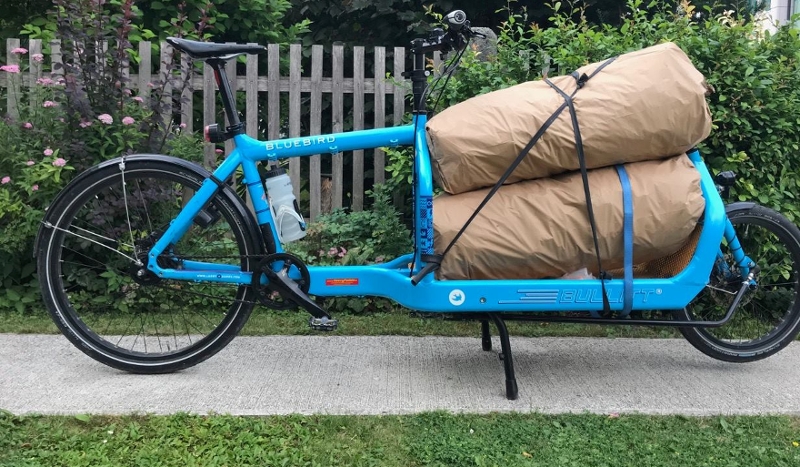 Cargo bikes are redefining what you can do with pedal power.

Large vehicles bring the goods to a depot outside the city centre from where alternative carriers such as cargo bikes can take the loads into the narrow streets and tight corners of the heavily-populated urban cores. Perhaps they will only transport 150kg at a time, or even less, but they return to the depot all day.

This is important because every time a traditional diesel truck is replaced as a means of transportation in the city centre, air becomes healthier and life becomes safer. This second issue was highlighted by tragedy this year. On the 31st January a 9-year old boy was crushed to death by an HGV on the Landstraßer Hauptstraße in Vienna when he was riding his scooter to school. The boy was reportedly hidden in the blind spot of the truck.

There was a push, backed by a petition of 68,000 signatures, to make it compulsory for HGVs operating in Austrian cities to have anti-blind-spot technology fitted.

„The city is full of dangers,“ the co-initiator of the petition Helge Fahrnberger told me. „It’s a kind of structural violence that you see around. There’s not this one accident, there have been so many. Something has to change.“

This month the petition’s demands were rejected by the transport minister Norbert Hofer. That battle is likely to rumble on, but, in the meantime, moves to promote alternative ways of organizing goods deliveries that could save lives.

„The number of trucks, the speed that they operate at and the visibility the driver has, that could all change,“ insists Fahrnberger.

"When you come with a bike everybody is happy”

Daria Kirillova says that it hasn’t been hard to persuade customers of the benefits of switching to pedal-powered deliveries; particularly with the sort of goods she is delivering today.

“People usually prefer their orders to be delivered by bike, especially when it is about vegetables or other organic goods. When you come with a bike everybody is happy.”

But Florian Hofer says that it is not so much idealistic motivations that have meant businesses are increasingly turning to cargo bikes; it is also the cost and speed of deliveries. Inner city parking spaces are a rarity at the best of times, but nimble cargo bikes can be left briefly on the pavement during deliveries and can slot, for free, into tight spaces.

“With our clients, they’re already delivering goods in the city and they’ve experienced over the years that it is getting more difficult to get into the city centre with a lorry,” says Florian, “so basically they come to us because we have a solution that can work for them.”

The cargo bike scene is developing in Vienna but unless there is a big shift, it’s impact on both air pollution and safety will be negligible. There are a few hundred cargo bikes regularly being ridden in Vienna whereas in Copenhagen, a city of a similar size, there are already 40,000. 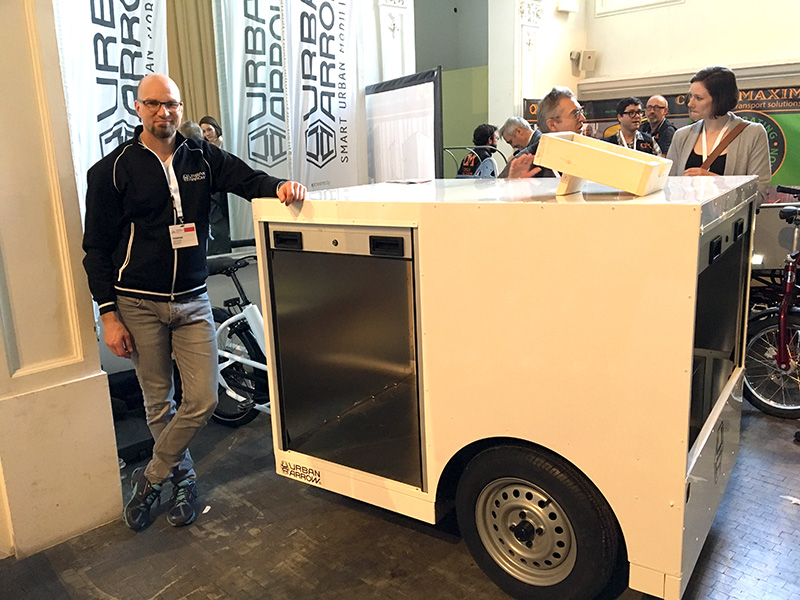 Urban designer Mikael Colville-Andersen, who is based in Copenhagen told me that “the effect of cargo bikes on urban living, not just urban logistics, is enormous. And the great thing is that it is not a theory, Copenhagen really is the cargo bike city. The dream is a reality.”

„Politicians need to step up to the game“

If Austrian cities are going to emulate Copenhagen it is going to take political will. Authorities regularly talk about wanting cleaner air and safer streets, but this will take more than words, says Florian Hofer; it will need new bike-friendly infrastructure and changes in the law.

For Helge Fahrnberger it is an issue of fairness. The majority of city-dwellers are pedestrians, cyclists or public transport users (or, usually all three). Only the minority drive. So, he says, the majority should be given more space: „The way we perceive public space could change a lot in terms of how public space is allocated,“ he says.

He welcomes new regulations coming into force this April to allow the heavier cargo bikes to use bike lanes and, conversely, for lighter bikes to opt to use the streets even if there is a bike lane available. He’d also like to see the rhythms of traffic lights changes to they don’t prioritize motorized traffic to the detriment of pedestrians and cyclists.

But Hofer says the authorities must be building more bike lanes and making them bigger and wider. Cargo bikes will only thrive when a general culture of cycling thrives and that requires more than a little tweak to the existing rules.

“Politicians need to think over the strategy and step up to the game when it comes to cycling infrastructure because this is, from my point of view, the key part. A lot of people don’t feel safe while riding their bikes in the city and you have to get to these people.” 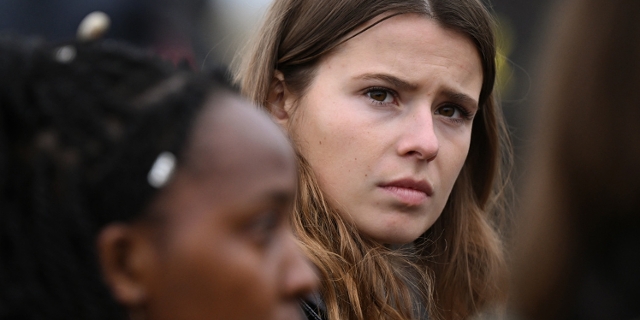 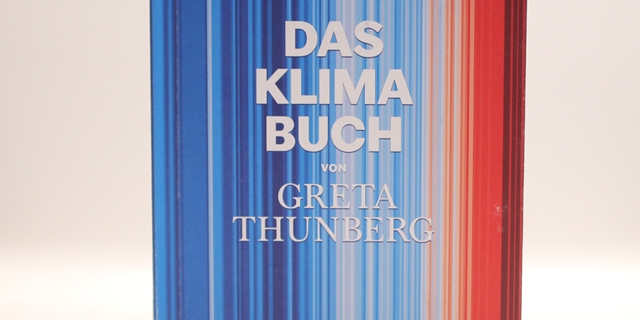 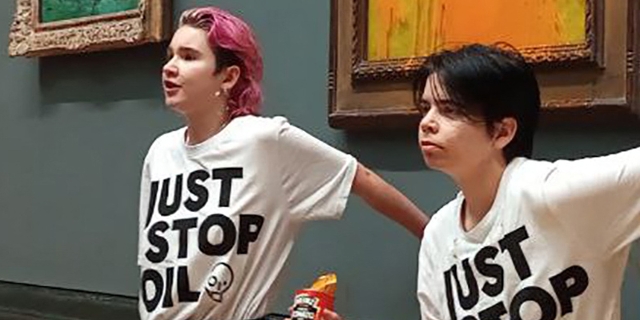 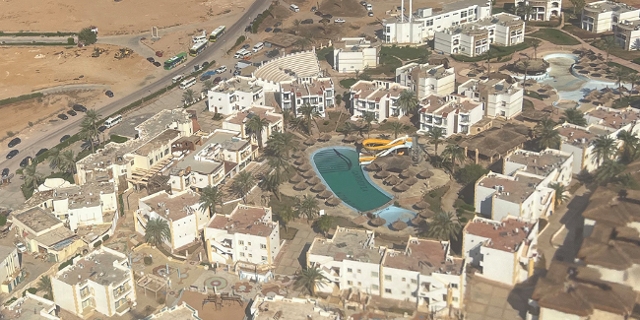