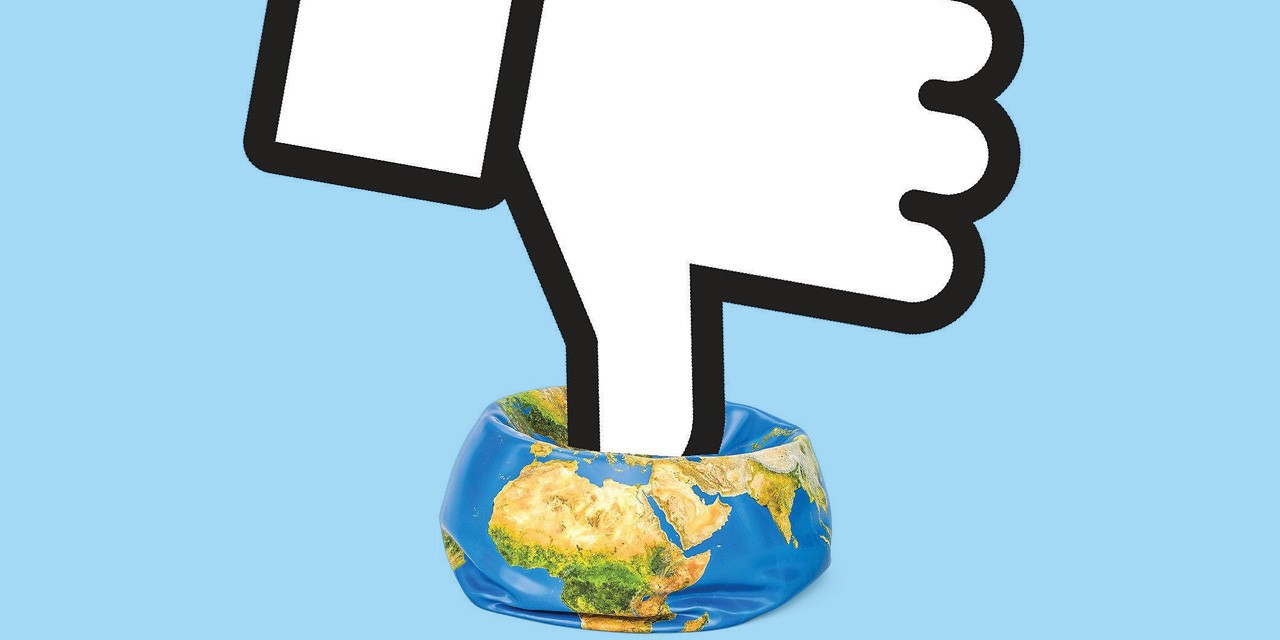 The Strangle of Surveillance Democracy

Mark Zuckerberg’s former mentor Roger McNamee takes a swipe at the social media giant and its „disruption of democracy“.

63-year old Silicon Valley veteran Roger McNamee was an early investor in Facebook, an early mentor to its founder Mark Zuckerberg and an early believer in the mission of social media. „I believe that internet platforms started off with the best of intentions,“ he told me at a media conference in Vienna. „They created compelling services that we all loved to use.“

But over the past decade, his view has dramatically changed, and now he sees Facebook alongside other tech behemoths such as Google as a threat to freedom, truth and democracy. This year he published a book called „Zucked: Waking up to the Facebook Catastrophe.” He warns that „we don’t understand what’s really going on under the surface“ of these communication tools.

Facebook’s enormous revenue is based on what Harvard professor Shoshana Zuboff has defined as „surveillance capitalism“. McNamee describes this as „the relentless tracking of all of our behaviour, not just online but in the real world; the accumulation of every digital touchpoint in our lives.“ 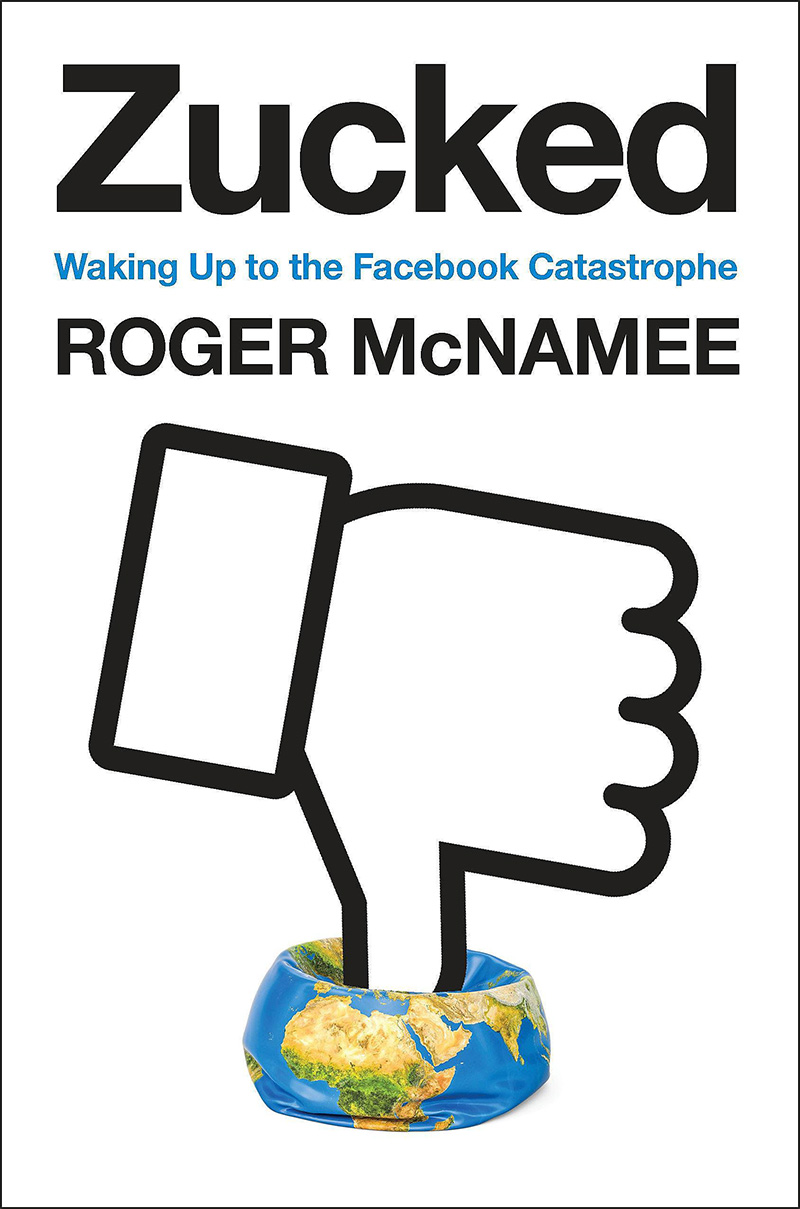 That information is used to predict our behaviour, and then, because we search on Facebook and Google for answers, the data is then used to „influence our choices or limit our choices to the ones that serve their purposes.“

An Irresistible Source of Money

He denies any responsibility for the monster which he helped nurse with funds in its early suckling days, telling me that the most of the „addictive, persuasive technology“ was added to the site after he stopped advising Zuckerberg. „The business opportunity of surveillance capitalism was so compelling that it basically took Google, Facebook, Microsoft and Amazon from the idealistic business plans they had at their beginning to something much more terrifying.“

He says these four giants have already disrupted journalism and music as well as advertising and the packaged goods industry. Now they are moving into financial services and eventually, he fears, they will „disrupt everything.“

Appealing to „the Lizard Brain“

The most worrying aspect of the internet giants is the way they are used to spread fake news and hatred. McNamee says that this is inevitable due to the business model of surveillance capitalism. In order to get people to spend a lot of time on these platforms, he says they use notifications to „appeal to parts of human psychology: our need for awards and our need for social validation.“

But once you have got them there, you need to keep the users „and it turns out that the best way to do that for the largest number of people, roughly two-thirds of the population, is to trigger fear or outrage.“

It turns out that the best way to trigger that most basic human instinct, or as McNamee puts it “the lizard brain” is to show them content that includes hate-speech, disinformation and conspiracy theories. „These companies don’t promote that stuff because they like it. They promote it because the algorithms are tuned to whatever content causes the greatest engagement and that’s the content that does it.“ 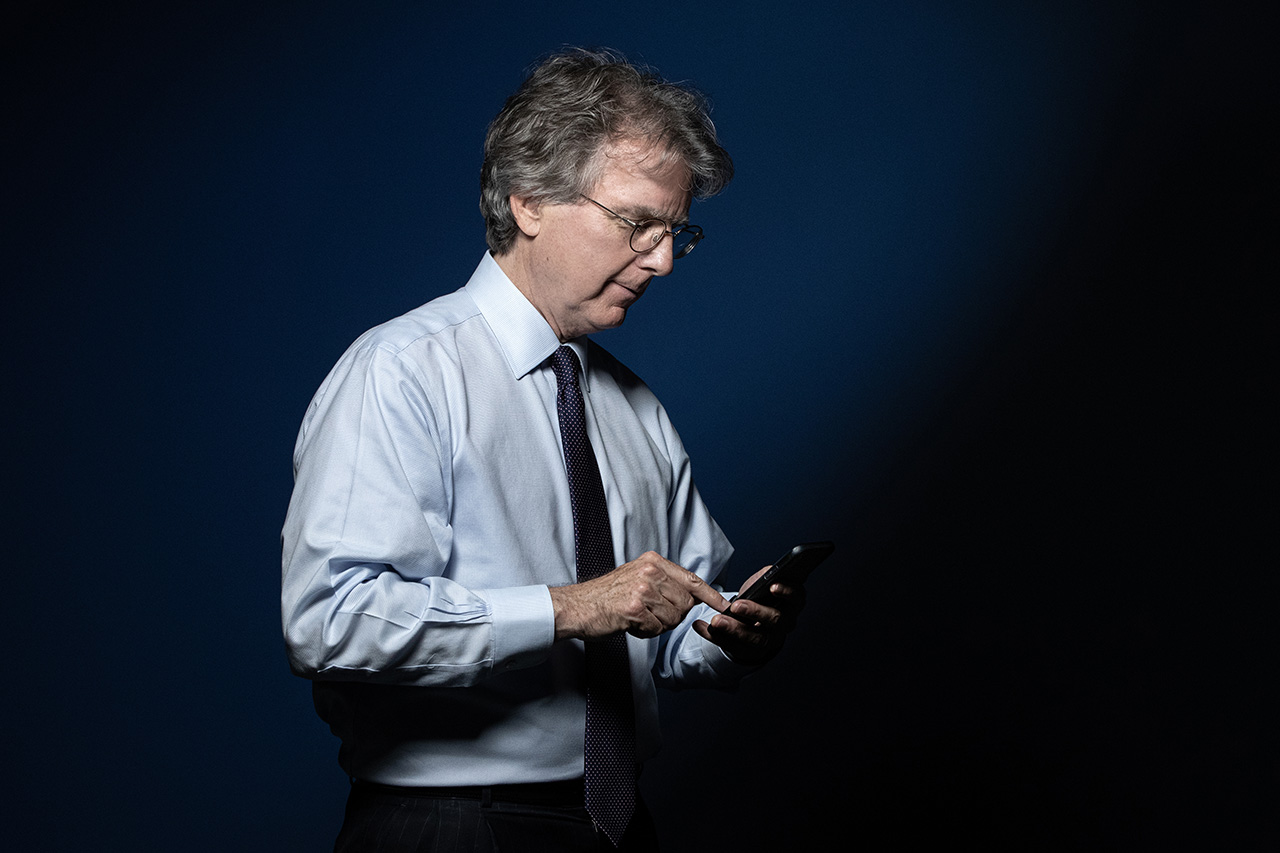 One of the most contentious issues about Facebook is the scope of the social media giant’s influence on democracy. Just as advertisers can benefit from the details about our habits harvested from social media, so too can politicians; pitching a message to voters that is perfectly tailored to their individual emotional states of mind.

We know that a firm called Cambridge Analytica used data harvested from people’s Facebook profiles in the campaign to elect Donald Trump as US president. Then, last year, Facebook admitted that its data on 1.1 million Brits may also have been „improperly shared with Cambridge Analytica“ ahead of the Brexit referendum.

How much doe this matter? Do we have any solid evidence that that data actually swayed the Brexit vote? „What we can say conclusively is that Facebook and other internet platforms allowed foreigners to interfere in the Brexit referendum or the Trump election,“ says McNamee, „we can also say that WhatsApp was used to manipulate the outcome of the Brazilian presidential election, it was used aggressively in India’s last election and it has been attempted on Facebook and other platforms across the European Union.“

Of course, new technology has always brought in disruption. If I remember my high-school history lessons, the advent of Johannes Gutenberg’s printing press helped pave the way for the Reformation. But McNamee’s worry is about the loss of control.

„When I think about democracy, I think about governments that are controlled by the people they govern. Internet platforms are being used to give excessive political power to people outside of the countries that are affected by the vote. In my opinion that is completely wrong and the notion that there has been no punishment, that these companies have been allowed to keep going as if nothing has changed, is terrifying.“

What are the Alternatives?

So what is the solution? We have come to rely on Facebook. McNamee advertised his book on the platform, I’ll probably post this article on there; it’s the best way to reach a wide audience.

„We need to use anti-trust laws to create alternatives,“ he says. „People should not be afraid of losing access to the functionality that they love. What I want to do is create an opportunities for companies in Austria and elsewhere to develop products that are functionally equivalent to those of the big tech giants without their dangerous business model and to do that we have to break the monopoly they control.“

He thinks with the proper incentives there are enough smart people out there to create those products. „Imagine what would happen if the government of he United States offered a prize of $1bn to the first person who could clone the functionality of the Facebook news feed without surveillance capitalism... I predict it would take a few weeks for someone to come up with that product.“ 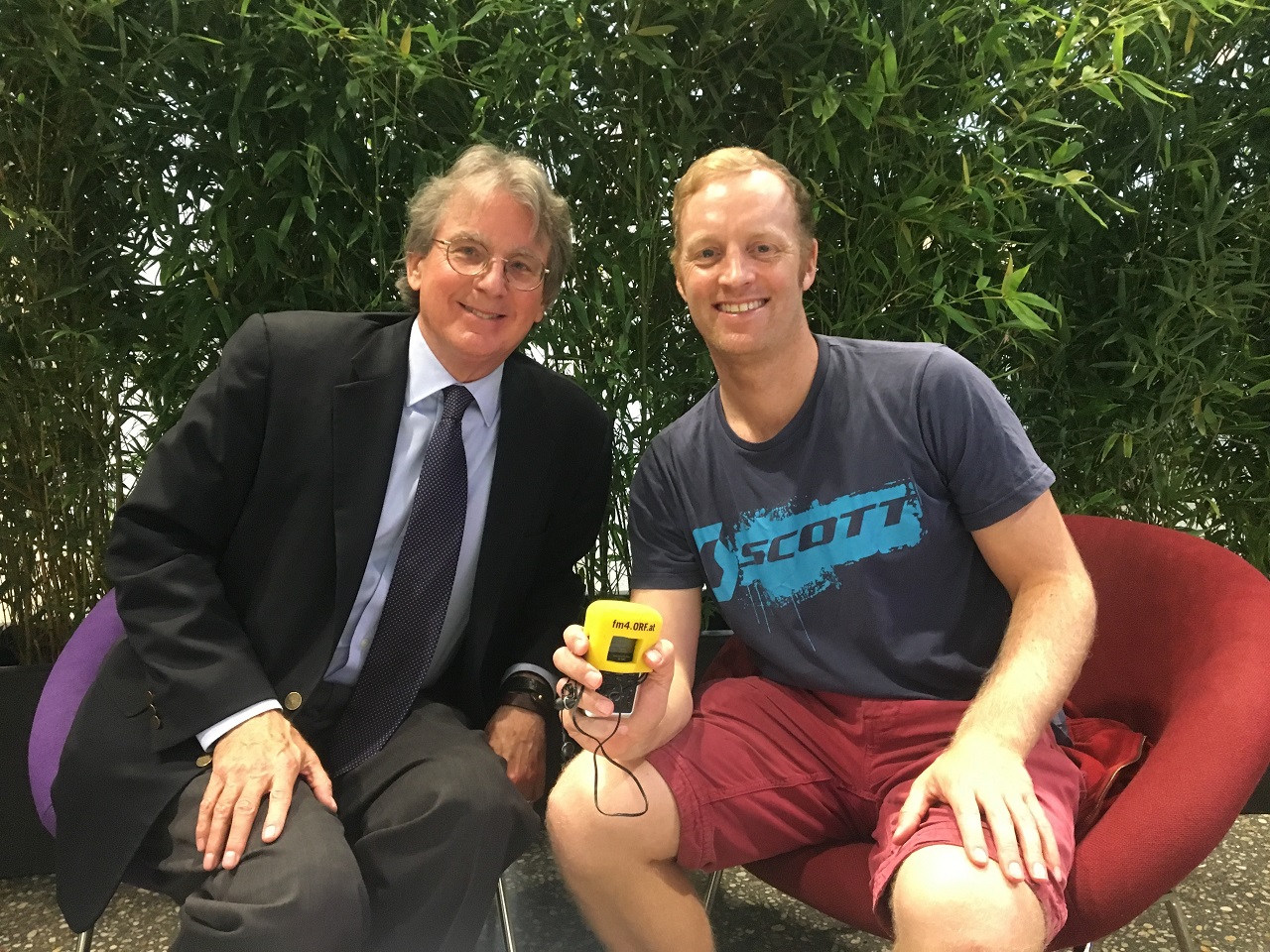 He says there is "little risk of losing the things we love, but we do need to lose the parts that we should love.

„Personal data is a human right“

If companies used a system of subscription could that possibly work? Would anyone be prepared to pay $50 a year for a social platform that didn’t sell their private data? We have become so used to the services appearing to be free?

„We need to educate people and we need policy makers to realise that they need to play a role,“ he says.

„People are used to the notion that they do not pay any money for these services because they don’t understand that what they are paying is their freedom to make their own choices. And that is something that has enormous value but we have done a terrible job of explaining that to people. I believe that personal data is a human right.“ 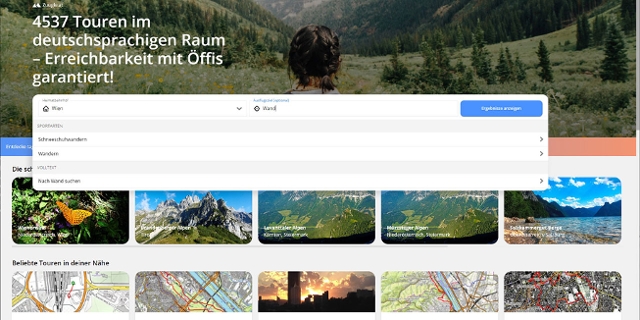 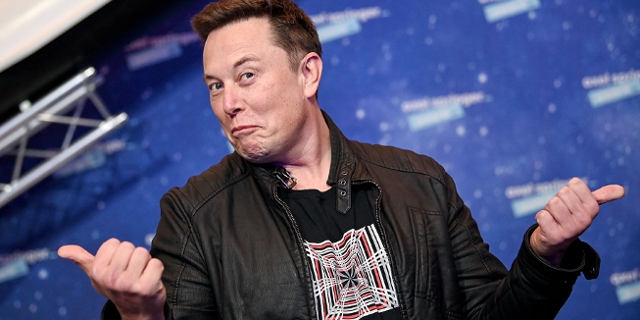 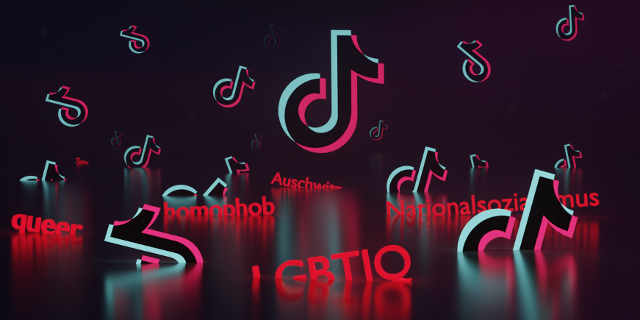 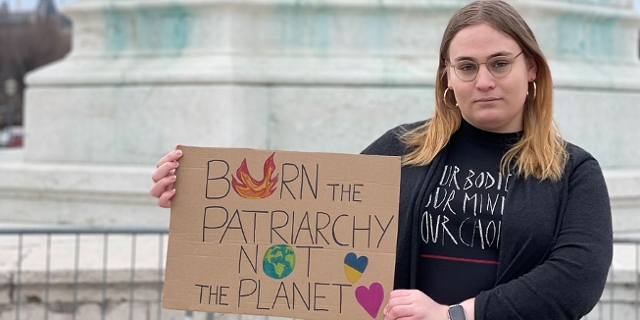 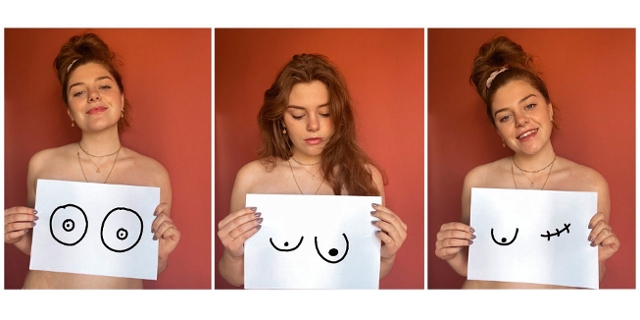 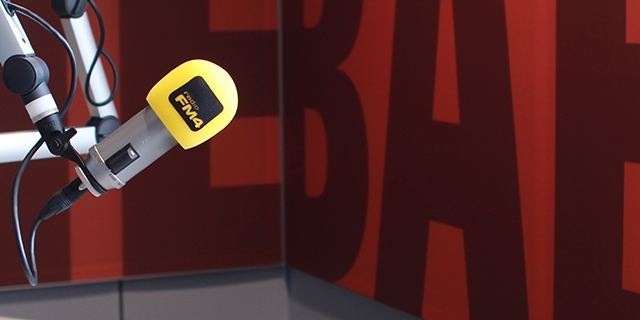 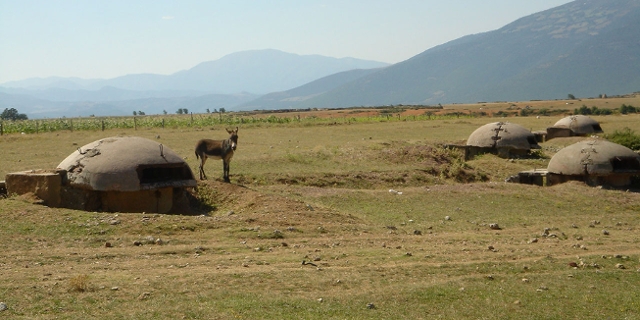 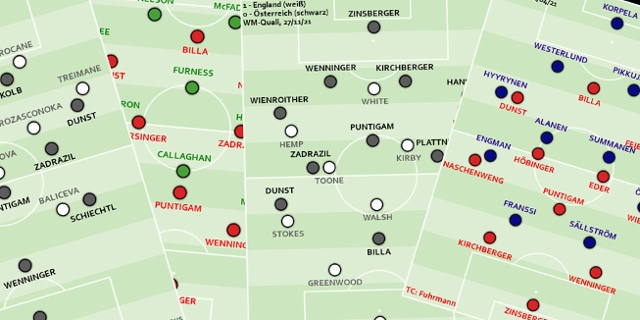