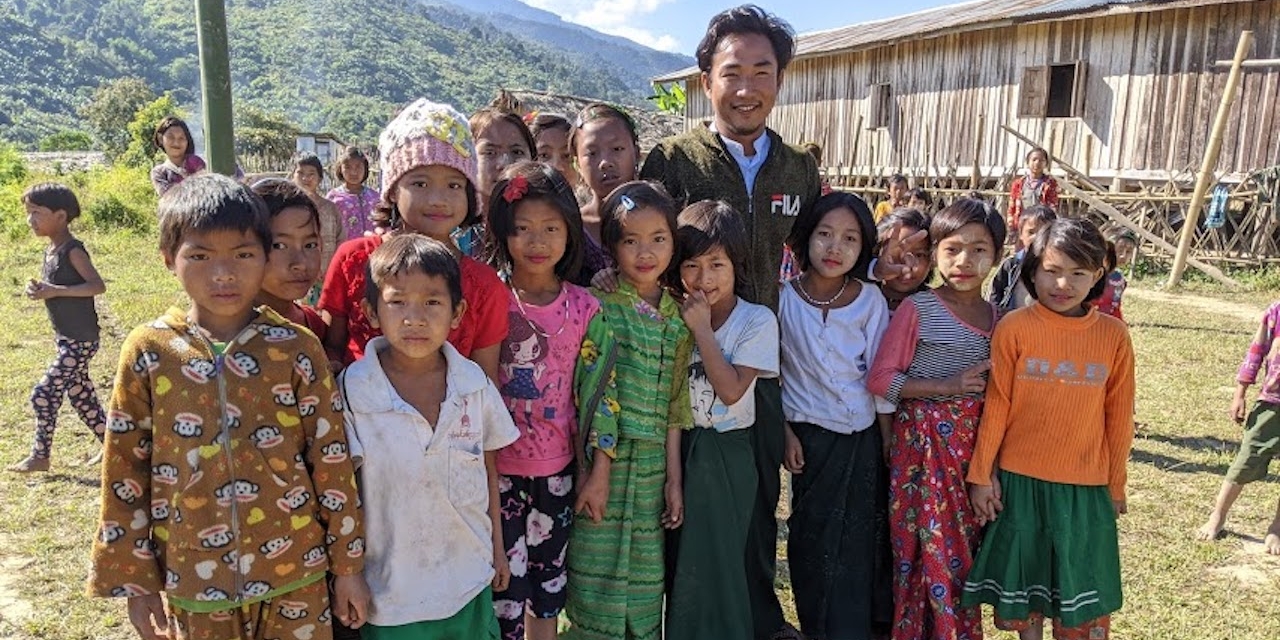 A winter with the mystical Naga tribes of north-east India

Adventurer Antonia Bolingbroke-Kent spent this winter in the company of the mystical Naga tribes of north-east India. She says we have plenty to learn from them.

For thousands of years the Naga, a Tibeto-Burman people, have lived on a remote, jungled and mountainous chunk of land that straddles modern-day India and Myanmar, although many the locals only realized that such a border existed when officials put up white posts across the lands and farms in the 1970s. 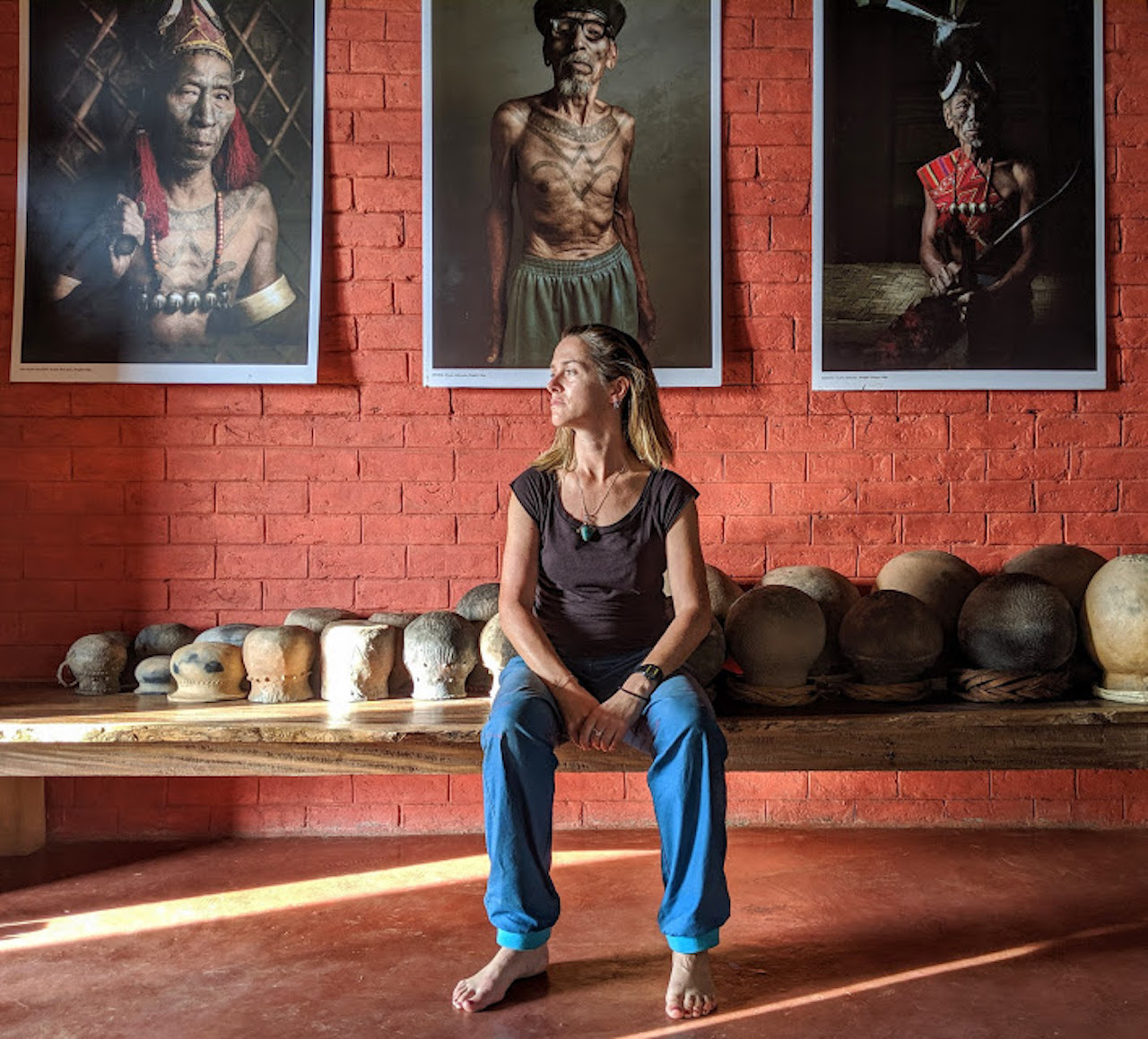 Listen to the full interview with Antonia Bolingbroke-Kent in our FM4 Podcast.

The Naga is the collection name of an estimated 70 distinct tribes who share a cultural tradition. They make the international headlines only occasionally when their decades-long struggle for independence flares up. Then bloody spats with the Indian armed forces followed by military crackdowns and you’ll see armed patrols in the remote and verdant hill communities. But it’s the Naga’s long, and only recently ended, history of head-hunting that has made them famous, or perhaps notorious, around the world.

The last documented headhunting expedition was as recent as 1989 and there are mutterings that the bloody tradition continued beyond that. Travel writer Antonia Bolingbroke-Kent spent this winter among the Naga people, trying to understand this curios history and how the Naga are struggling to adapt to modern life while maintaining their distinct identity. That’s not easy in this age of ubiquitous Amazon deliveries and global cultural homogenization.

Firstly, Antonia emphasizes, she felt welcome and safe in the Naga Hills, staying with a local woman, Phejin Konyak, and waking in the morning to “a shimmering archipelago of mountains float upon an ocean of mist.” The land of the Naga is beautiful; offering endless vistas of emerald forest and sleepy villages.

Her two months among these legendarily fierce people, Antonia says, taught her lessons that are of value to our stressed, hectic Western way of thinking.

“People live much more in tune with nature, with the rhythms of night and day. They grow their own food, their families are much more connected,” she told me. “I think travelling to these places and staying in these remote villages and immersing yourself in how people live has a deep impact on you. You come back and you think about your life differently.” 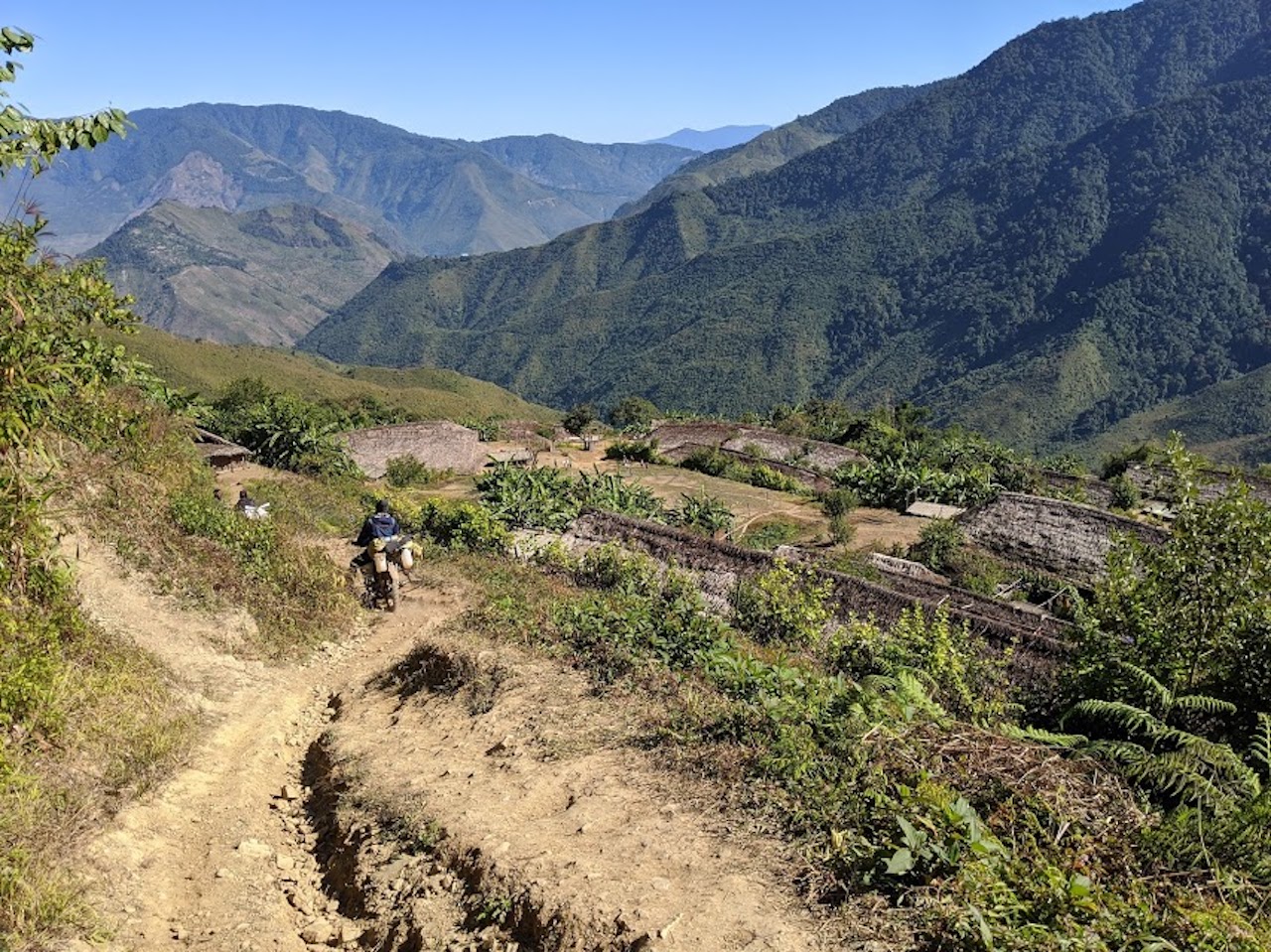 A Severed Head As A Symbol of Power

But we do need to talk about that headhunting. Why did they do it?

Every village, every tribe and every clan, Antonia tells me, had very different traditions, “every village existed as its own sort of an independent republic.”

But in general, they shared a belief that human heads are the dwelling place of the soul and were hence a source of great power. So, the more enemy heads you cut off and brought back to your village and stuck on your head tree or in the men’s dormitory, the more power your village would have.” A pile of skulls was a symbol of strength for the village. 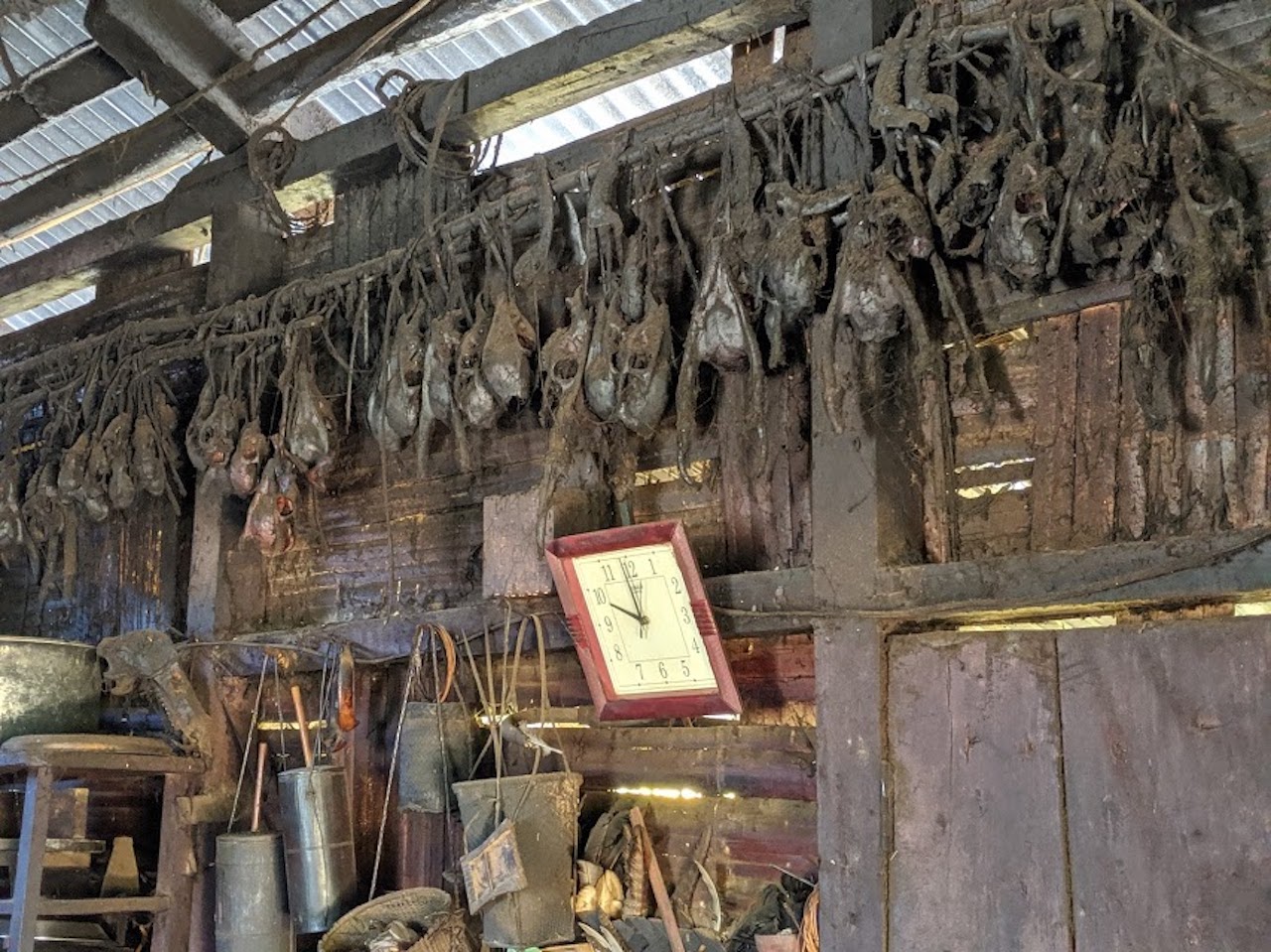 With all respect to the concept of “andere Länder, andere Sitten”, I think we can agree that it is a good thing that this long-held tradition has finally come to an end. But Antonia says they is a danger that the baby has been flushed out with the bathwater.

The Naga have quite quickly and quite dramatically converted to Christianity, mainly Baptist Christianity. 99% of the Naga are now Christians with each Naga village crowned by an often giant church. The missionaries that brought Christianity to the jungle-strangled hills were instrumental in stamping out the practice of headhunting so that, as Antonia puts it, “people who were singing lusty war-songs were soon singing ‘Praise the Lord!’ instead.”

Indeed, laughs Antonia, some of the former headhunters are now Baptist preachers “which is pretty crazy!”

Many former head-hunters told Antonia that they were happy when the practice stopped because for centuries they had been living in a cycle of blood feuds and revenge.

“Finally, they could stop and could sleep well at night and did not have to have a permanent village guard. But at the same time as headhunting was stopped, the missionaries said they wanted the Naga to stop their opium-smoking and rice-beer drinking and your beads and your traditional songs." So now a lot of Naga are saying they want to find a (peaceful) way retain their sense of tribal identity.

Antonia’s Naga friend Phejin has being trying to record the old traditions before they disappear for good. Her Naga tribe, the Konyak, used to tattoo their heads and chests after taking trophies of the enemies’ heads. She spent many months trekking between remote villages, tracking down the last remnants of the headhunting generation and interviewing them about their former lives. She took Dutch photographer Peter Bos with her and the duo have published a stunning book called The Konyaks: Last of the Tattooed Headhunters.

“When those old men and women die, that’s it, they’re gone,” says Antonia. “Phejin is 40 and she is quite remarkable. Most of her generation and those who are younger simply aren’t interested in these old ways and the old stories. They are moving to the cities and ordering things on Amazon and they want to remove themselves from that old culture.”

For Antonia, who started her life as a professional adventurer by driving a pink tuk-tuk from Bangkok to Brighton in the UK, travel has always been a transformative experience. Her trip to the land of the Naga was no different.

“It’s not like I have come back and tried to grow all the vegetables that the Naga grow but I have come back thinking every day about how I can incorporate what I have learned from them into my own life style. It is very simple really: it is all about less consumerism, more contact with nature, a greater sense of community.”

The Future of Travel

Antonia is not just a travel writer, she runs an adventure company with her boyfriend Marley, so this COVID-19 era of closed borders has hit her hard. She remains, however, optimistic about the future of genuine, curiosity-driven travel.

“I think in the next few years we are all going to see a lot less flights, people are going to want to travel a lot more locally, more by train, more by bicycle, more on foot; we’ll see much more active, outdoor travel. And I think when people do get on planes, we’re all going to be thinking a lot more carefully about it. We’ll ask whether it is really worth going to this place and if we are going to go, let’s go for longer, let’s really think about it and let’s travel deeper, rather than going on these throw-away weekend trips.“ 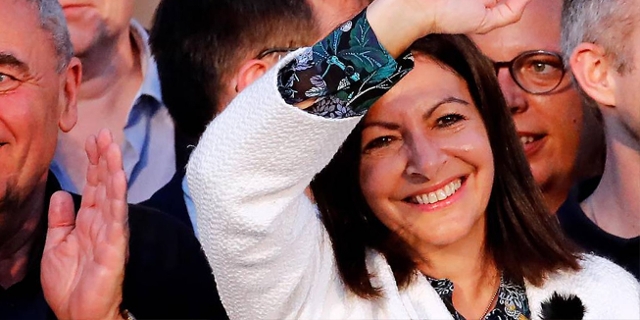 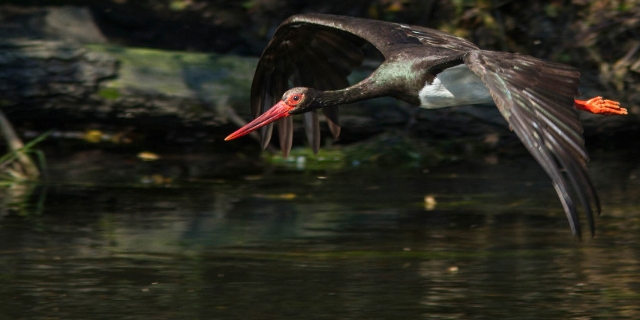 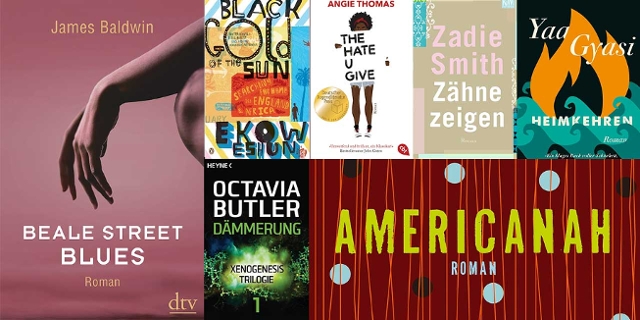 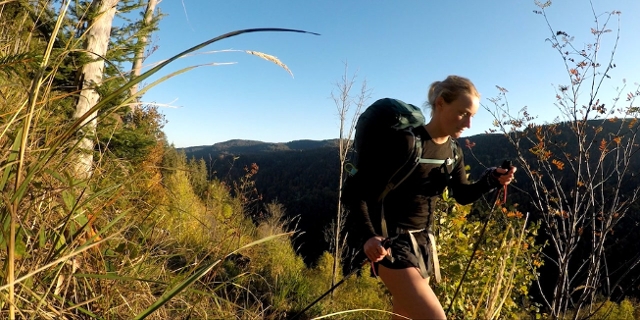 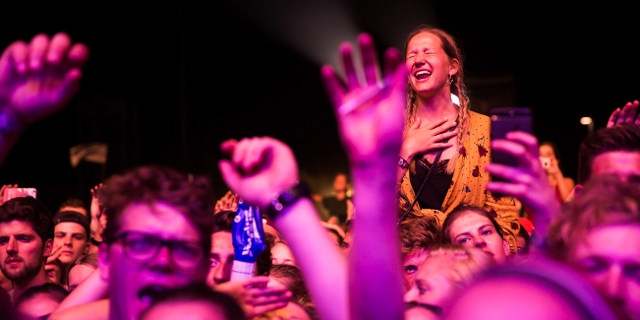 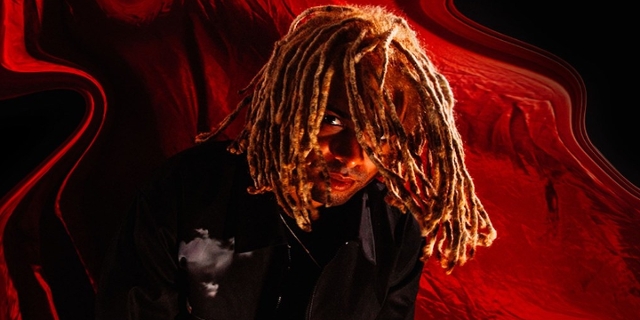