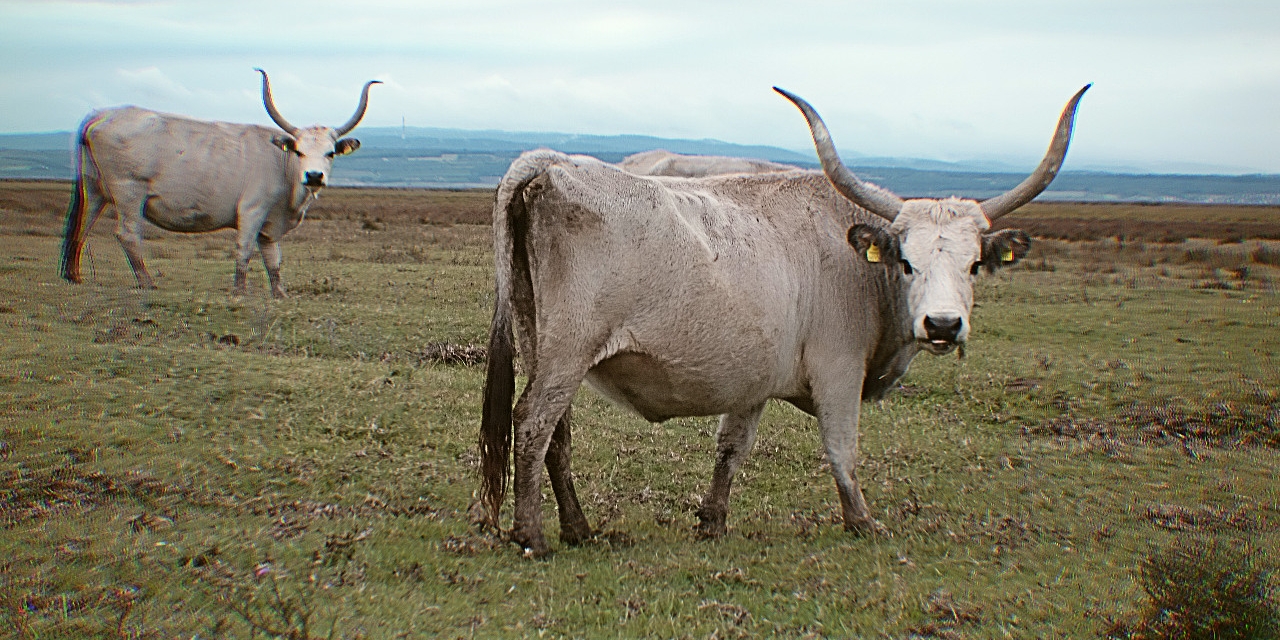 Of Birds and Beef (and Bicycles)

It’s an autumn evening in the Neusiedler See – Seewinkel National Park; a wind-swept terrain on the Austrian-Hungarian border that is prone to extreme swings of temperature. A month ago, this stretch of Burgenland would probably be baking hot but now I’m shivering under a woolly hat.

I’ve been brought here by veteran ranger Alois Lang, a fountain of knowledge who has kitted me out with a pair of binoculars and a bird-spotting manual. Although Alois is approaching retirement, he shows the infectious enthusiasm of an inquisitive child for this biodiversity hot-spot. 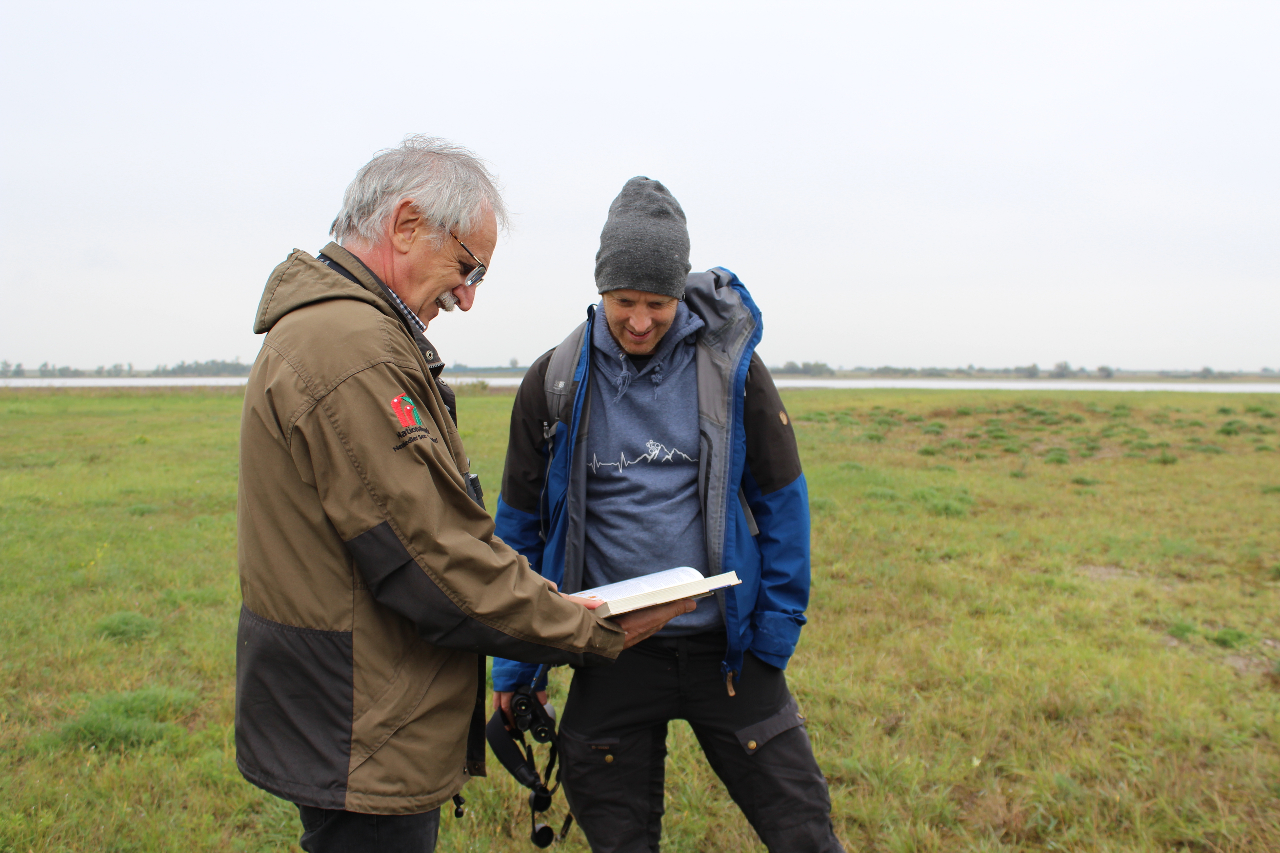 Alois Lang and his book of birds

The first place he has taken me to is just outside the village of Apetlon, to one of the salty sodic ponds that make the area such a mecca for birds. I’ve been here, in May, when gatherings of both migratory and breeding birds fill the sky with wings and the air with a babble of squawks that make it seem like a raucous cosmopolitan ornithological party. 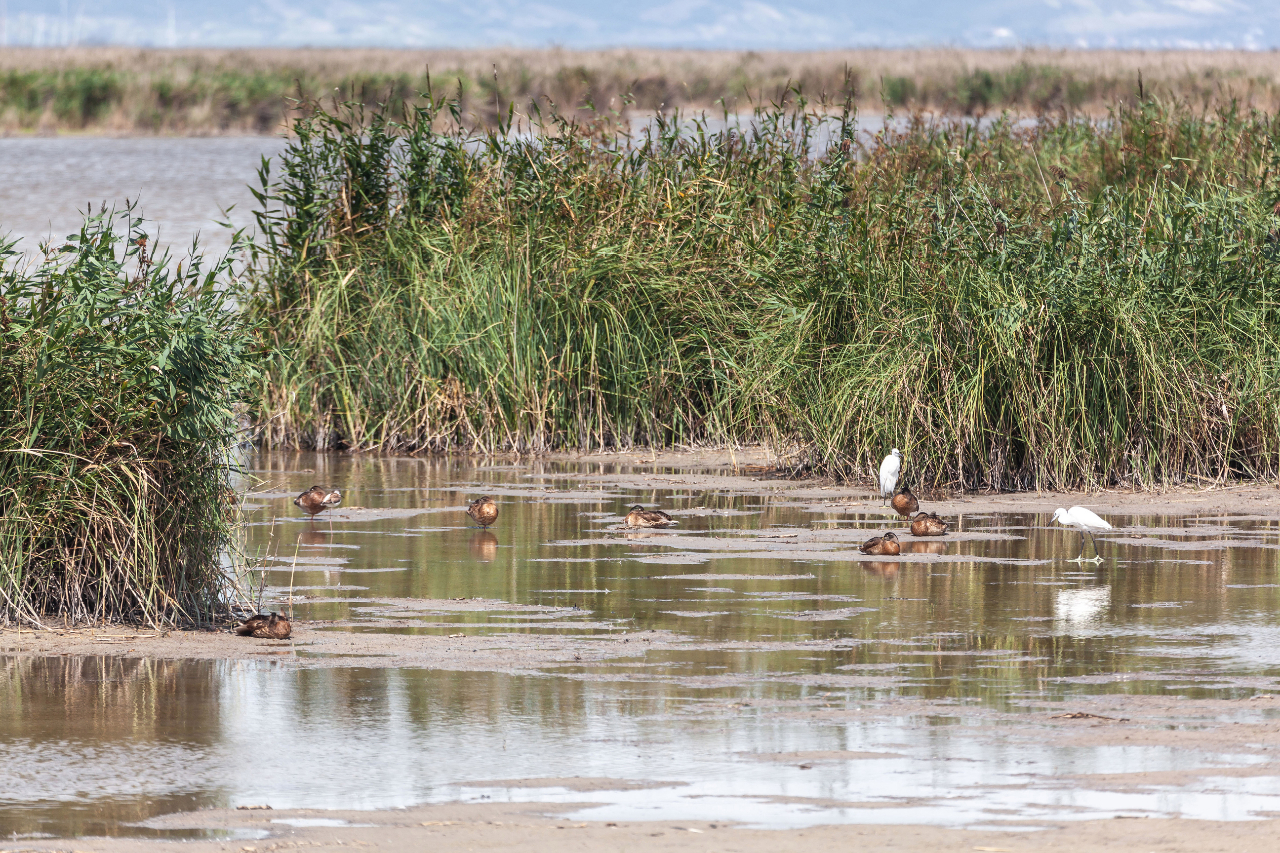 The famous reeds of Lake Neusiedl are a home to many breeding birds.

Every spring and autumn dozens of migratory species visit to stock up on food, get some rest before heading further north or south. You can add to this another 200 different species of bird nest and breed in the reed belt or in the grassland around the sodic ponds, more than anywhere else on the European mainland.

Alois shows a benign patience with my less informed questions about these sodic ponds. No, it is not that the birds like the salt, they like the insects and plants that thrive in this alkaline environment. Sodium salt dissolving from the sodic soil gives the water a high pH and that makes it, apparently, like an opulent buffet for hungry birds.

The Biodiversity Jewel of the Neusiedlersee von Christian Cummins

Today the scene is sedate, entrancingly meditative. Through my binoculars I watch some stilts (Stelzenläufer in German) and avocets (Säbelschnäbler) as they wade on thin legs through the shallow pond, dipping their long beaks through the water that looks white. Some Greylag Geese flap lazily by. The worries of the hectic world seem a million miles away.

Worryingly though, this biodiversity jewel is in danger. In 1858 there were 130 sodium ponds, by 2006 that number had been reduced to 48 and they are shrinking and staying dry more often. After a long hot summer in 2019 and a particularly arid spring, it was eerily quiet around the soda ponds this May. Many lacked any water, there was no bonanza buffet on offer and many of the birds moved to other habitats nearby in Austria and in Hungary.

This is partly a climatic problem but also a problem of water usage explains Alois: “We have a strong influence in the area of agriculture from outside the national park. There has been an increasing demand for irrigation from the ground water level and this effects even the ground water underneath the sodic lakes.”

The alkaline soil creates a colourful and vibrant plant world

It’s not the vineyards that comb the landscape on the fringe of the lake that are the big problem, says Alois: the grapes need the hot, dry sunny conditions of the Burgenland summers. The challenge comes from the bigger fields of cash crops further away, particularly maize and sugar beet fields that need regular irrigation during the summer.

Closer to the lake, in fact, small-scale agriculture and nature conservation go happily hand in hand. Unusually for a national park, Neusiedlersee-Seewinkel stretches across privately-owned land, with many small-farmers and wine-growers receiving an annual payment for the land that is now a nature protection area.

Tourism, vinoculture and natuee go hand in hand at the Neusiedlersee

They benefit in another way from the park too; selling local produce and wine to hungry or thirsty visitors who have come to enjoy the nature, whether they be cyclists, water-sports fans or, indeed, bird-watchers.

An Alien Species From Asia

I’ve become so used to hearing about the conflict between agricultural and conservation goals, that Alois takes me by surprise when he mentions that one of the main threats to the natural balance is some farms are being abandoned and the grazing fields begin to become tangled in weeds and bushes.

There is a hardy bush called Ölweide, oleaster in English, that thrives in dry and salty conditions and was imported from Asia by noble landowners at the turn of the 20th century. Their aim was to use the fast-growing bushes act as wind-breaks to help protect the valuable soil in their fields. The problem was this hardy shrubs was not content to stay in the margins and now it has spread voraciously across the meadows. It would engulf the valuable grasslands that make the area around Neusiedlersee unique were it not for the grazing cattle that keep it in check. 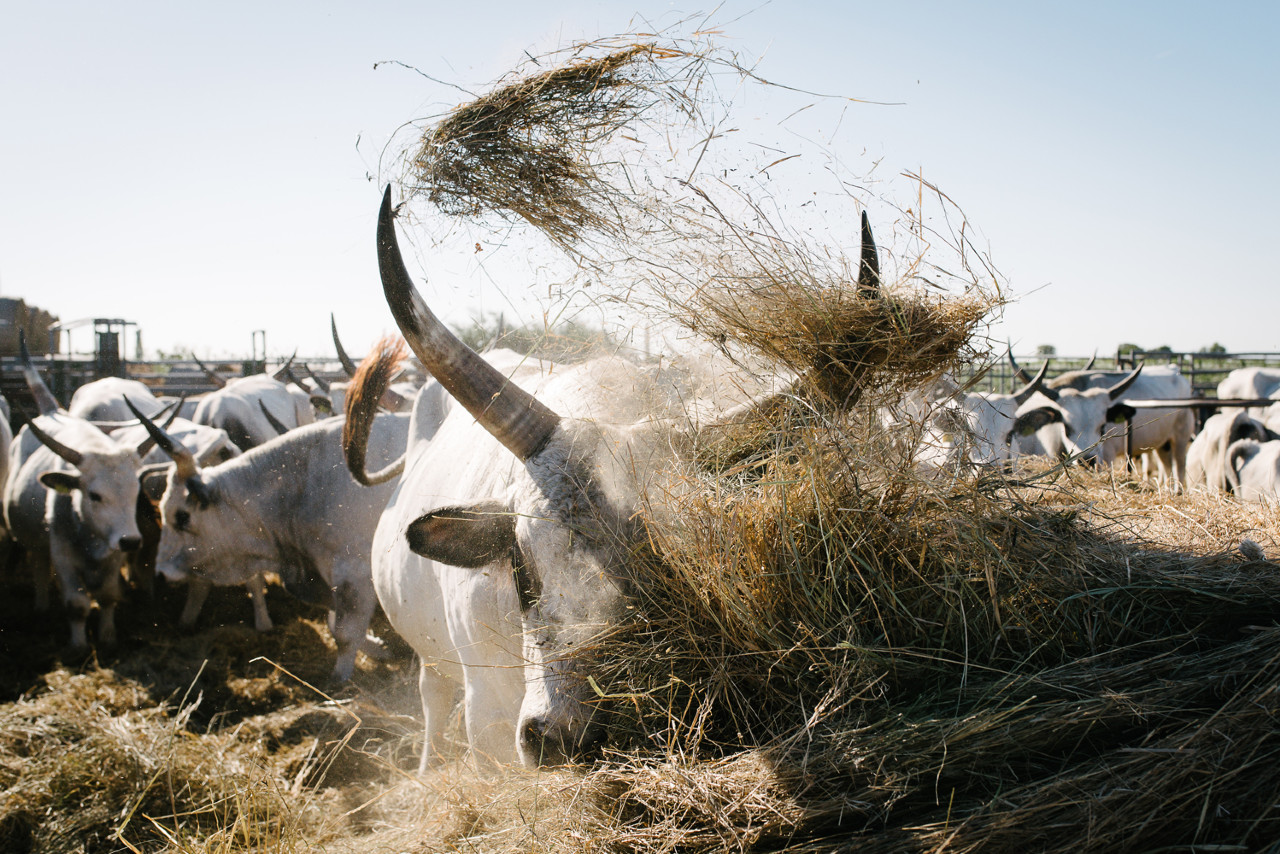 “They eat it, the keep it under control and, also with other plants that cause problems, they keep a pressure on the roots of the young plants;” explains Alois. “They even control the reeds on the banks of the lakes in this area.” The reeds, used for insulation and thatching, are an economic tool for the region, as well as providing a habitat for breeding birds; but reed-belt has been expanding in recent decades and needs a controlling element.

That’s why the park management firstly encouraged local farmers to graze their cattle on the grasslands within the nature protection zone and secondly invested in some herds of their own – choosing rare breeds that have an historic link to the region. 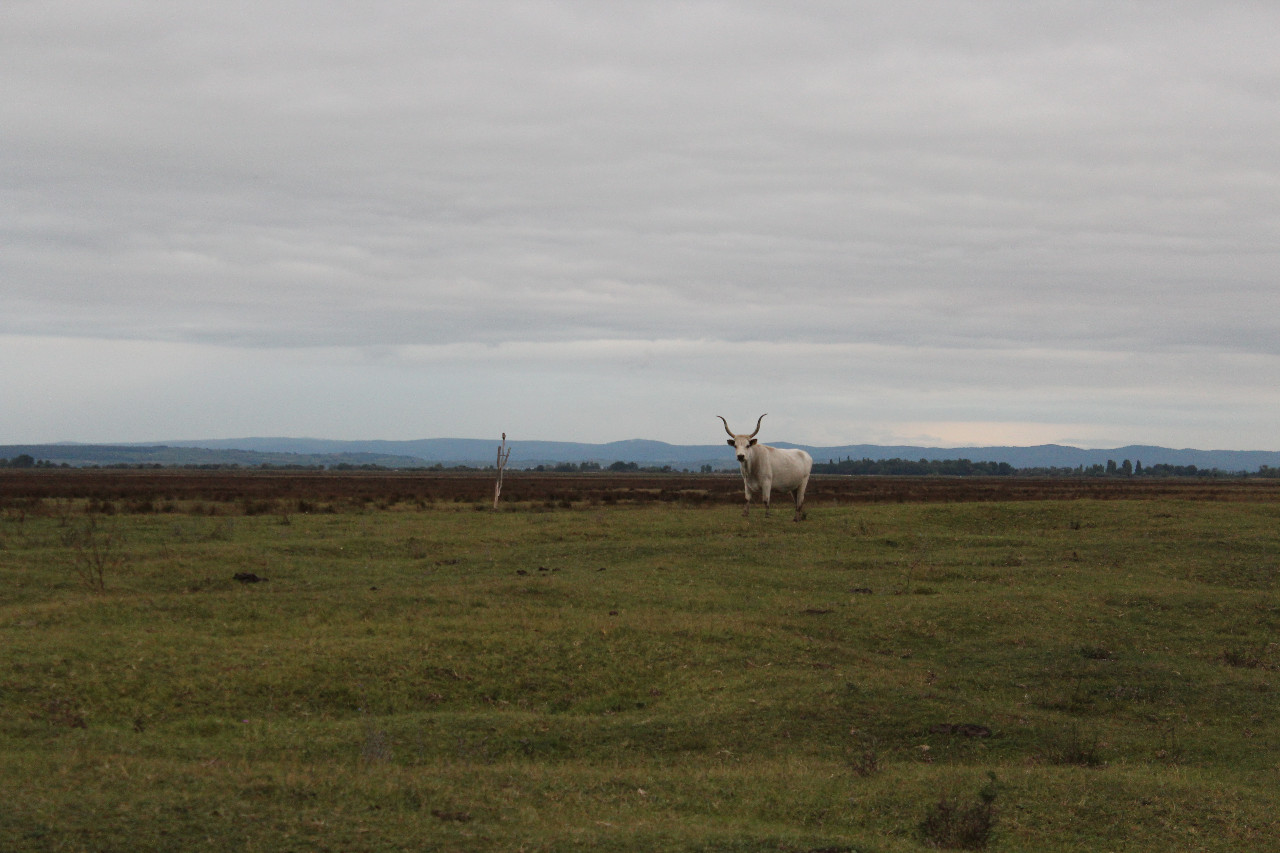 Beyond the village of Apetlon, the last settlement before the Hungarian border, we bump along in Alois’ electric vehicle on a rough-track into the Sandeck-Neudegg conservation zone where we find two of these herds. There are some black Asian buffalo, once used as load-bearers from the time that the area was dominated by the Ottomans and some gorgeous white Hungarian Steppe Cattle, with long curved horns, who were also roamed these areas from the late Middle Ages.

Because of their white coats the Steppe Cattle can easily cope with the intense Burgenland summer sun. They look regal as they strut slowly through the prairie-like landscape. The cattle eat some plants but leave others alone, securing varied grasslands which provide a habitat for countless insects and many species. The cattle are joined by a herd of Przewalski’s Horses, a hardy but endangered species from Central Asia, who graze the land as part of a joint project between the national park and Vienna Zoo.

As dusk approaches, we climb up a former Hungarian watch-tower. It has been moved from the line of the former Iron Curtain and now provides a viewing platform over the wind-swept grasslands. Now in autumn they dark green, bereft of any trees, and molded over the subtle contours of the flat landscape. From up here they seem utterly romantic, reminding me of Westerns set on the Great Plains or perhaps, if I indulge my imagination a bit, the grand vistas of Mongolia.

But if they are aesthetically majestic, as a non-scientist, I am confused by conservationist Alois’ enthusiasm for them. I had always assumed that the more trees there are the better the biodiversity would be. Not necessarily so, apparently: 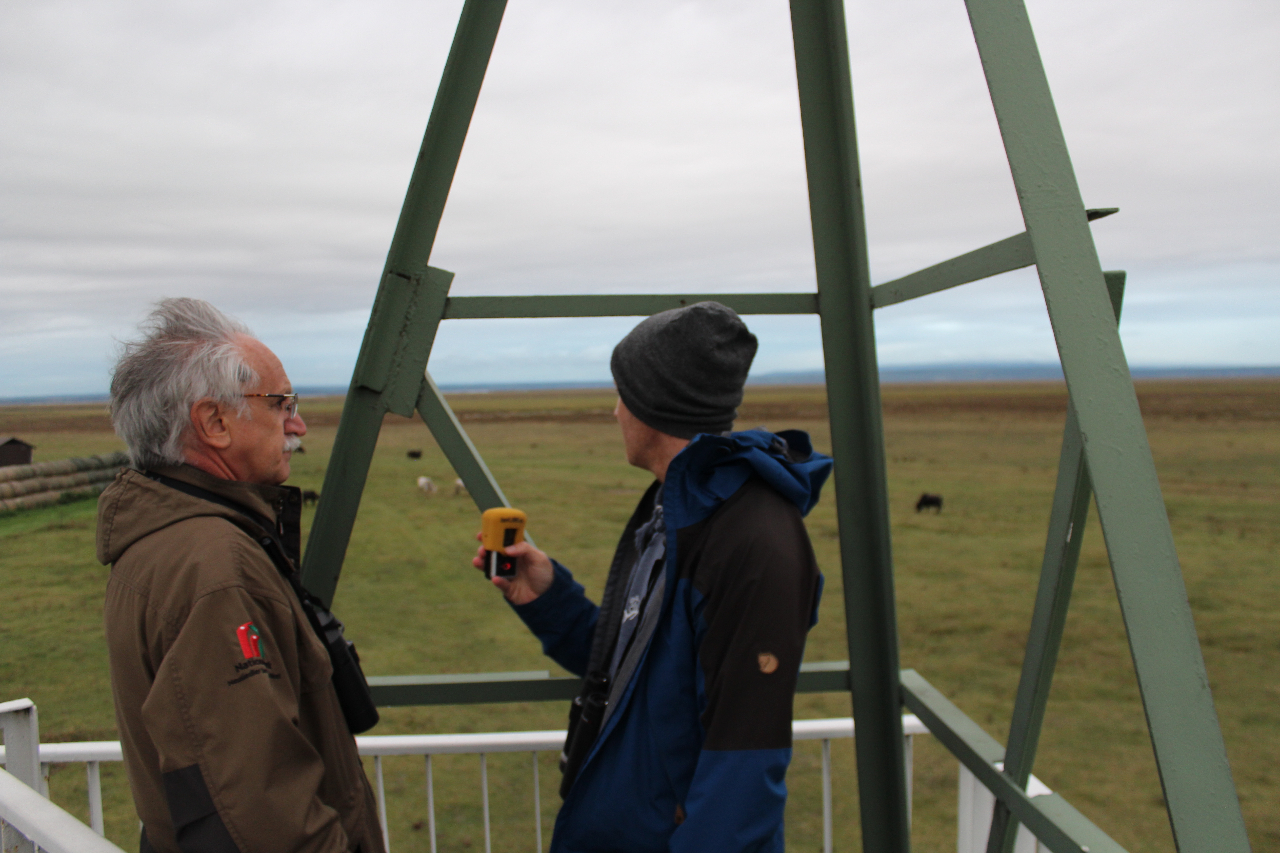 “It is not only here but wherever you go, especially in wetlands, if you have open areas without trees and without bushes then it has a higher biodiversity than if it is overgrown,” explained Alois. “Think about the factor light: the less light, the less diversity and here it is open, the grassland area and this means we have more animals can adapt with that and find the right place for reproduction, food and rest. And this is why we cannot do successful nature conservation by doing nothing.” 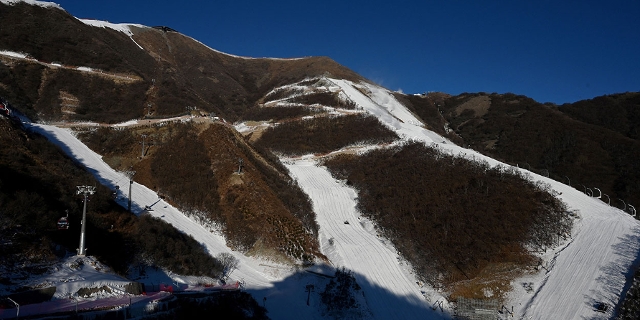 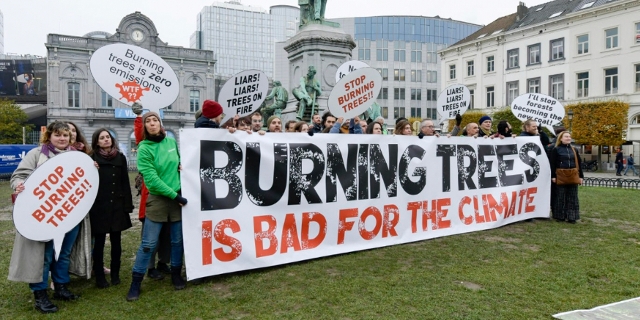 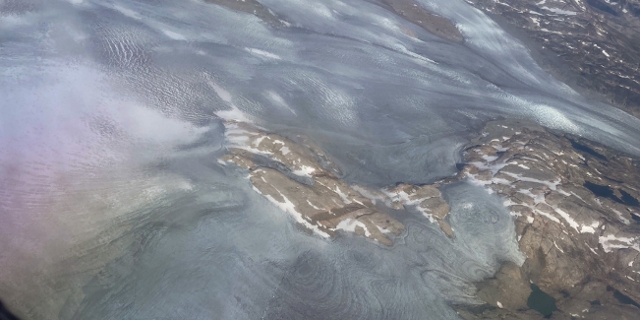 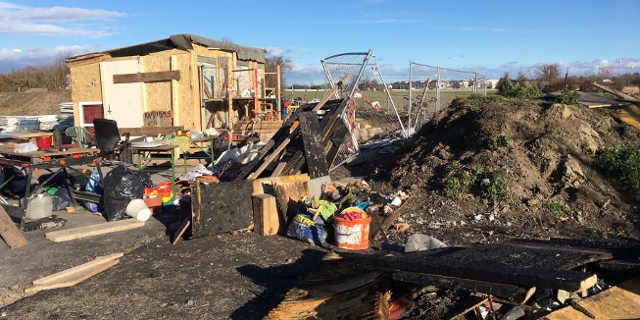 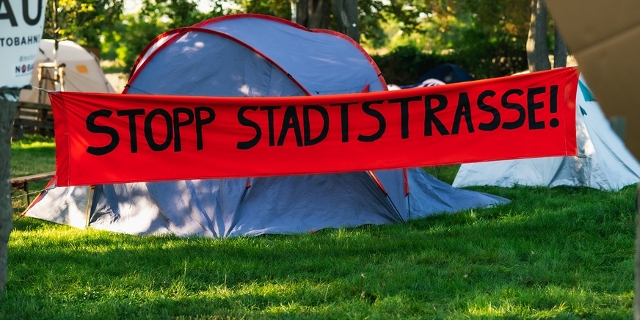 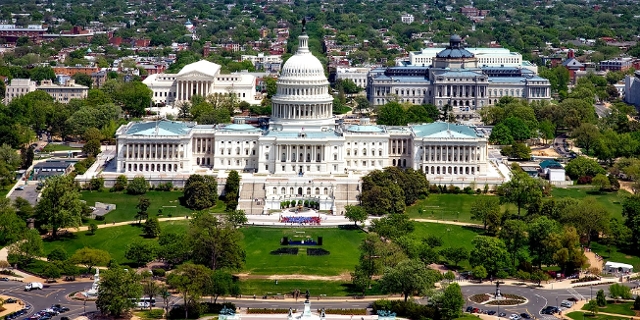 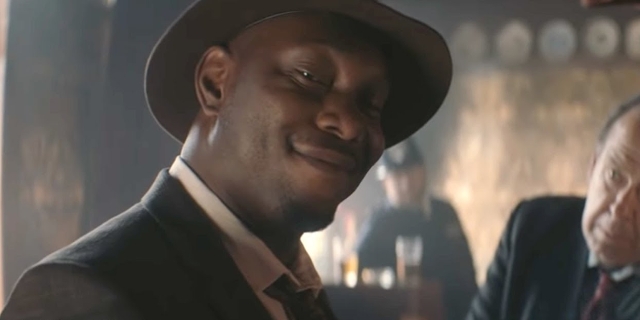 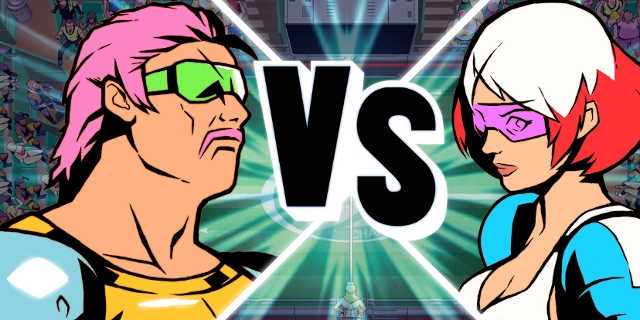 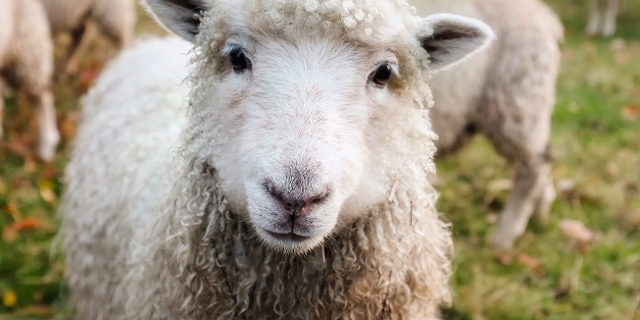