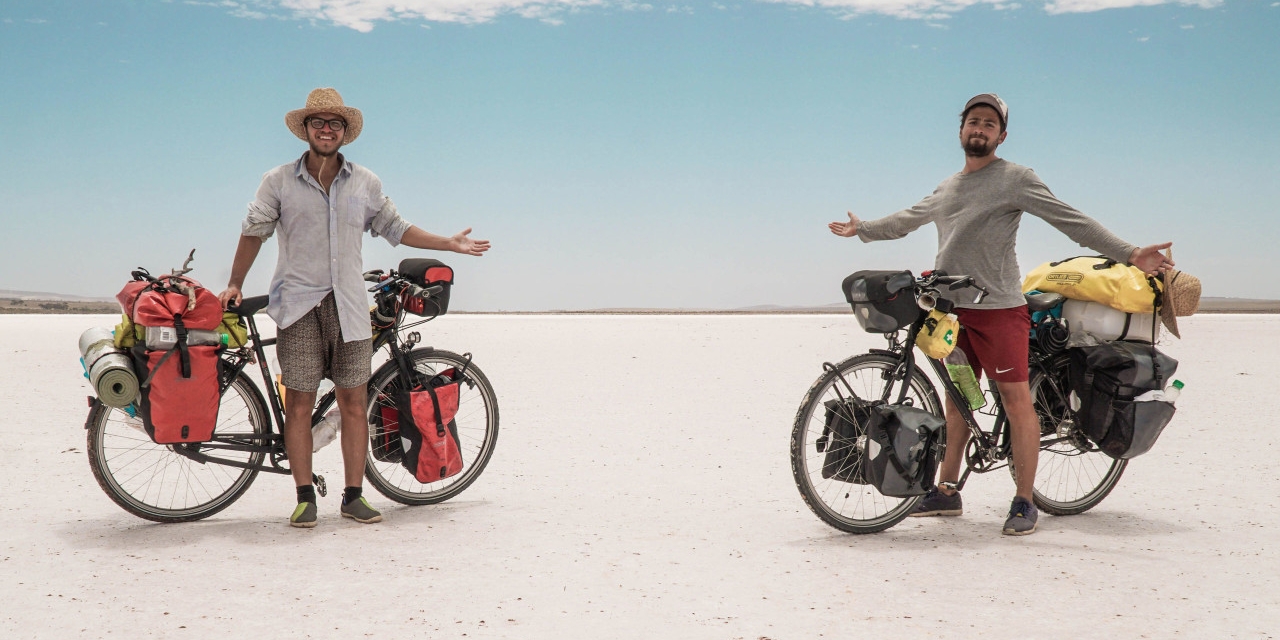 With the documentary „Austria2Australia“ Andreas Buciuman and Dominik Bochis have defied the temptation of Instagramization and given us a candid depiction of life on the road.

When I was asked to review a documentary made by two long-distance cyclists about their own 8,000km bike odyssey from Austria to Australia, I was a little wary. In this era of Instagram filtering, I feared endless sunsets and sub-Paulo Coelho lyricism about the insignificance of borders and the nobility of life on the road.

I needn’t have worried though, there is a refreshing streak of earthiness in Austrian culture, an unflinching attachment to reality that I find deeply attractive. „Austria2Australia“, a film made by childhood friends Andreas Buciuman and Dominik Bochis about their long ride to the southern hemisphere starts in the pouring rain. 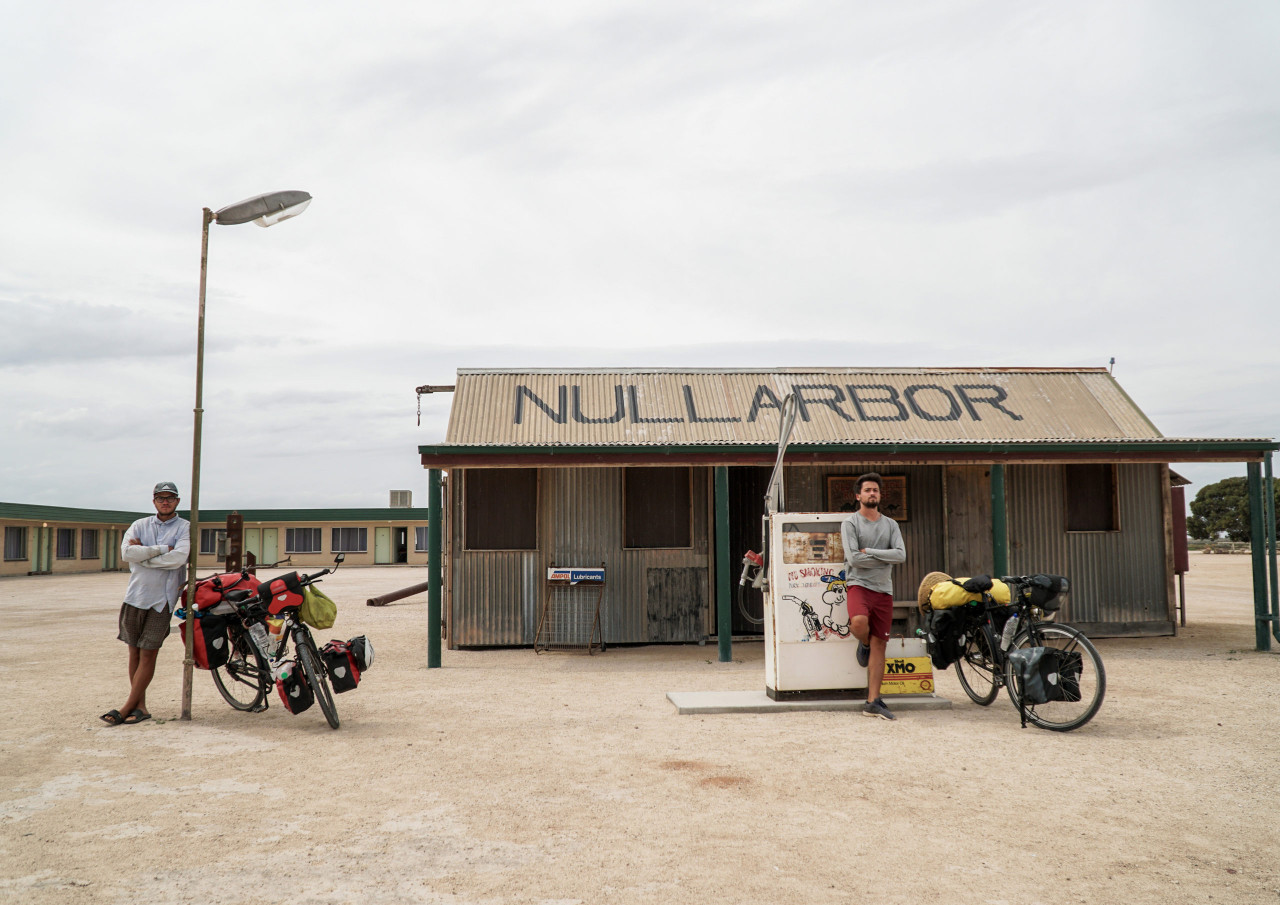 We see them wobbling off on a massive adventure with sodden groundsheets and tents and a gentle chuckle at the folly of it all. It doesn’t seem glamorous or aggrandizing, but rather faintly comic and utterly human.

“On Instagram my friends see every day this good-feeling stuff with everyone trying to show things that don’t really exist in that way,” Dominik told me ahead of the film’s cinematic release. “We tried to show the reality of a trip like this. We tried to show every part, the bad things, the good things that happened on this trips.” 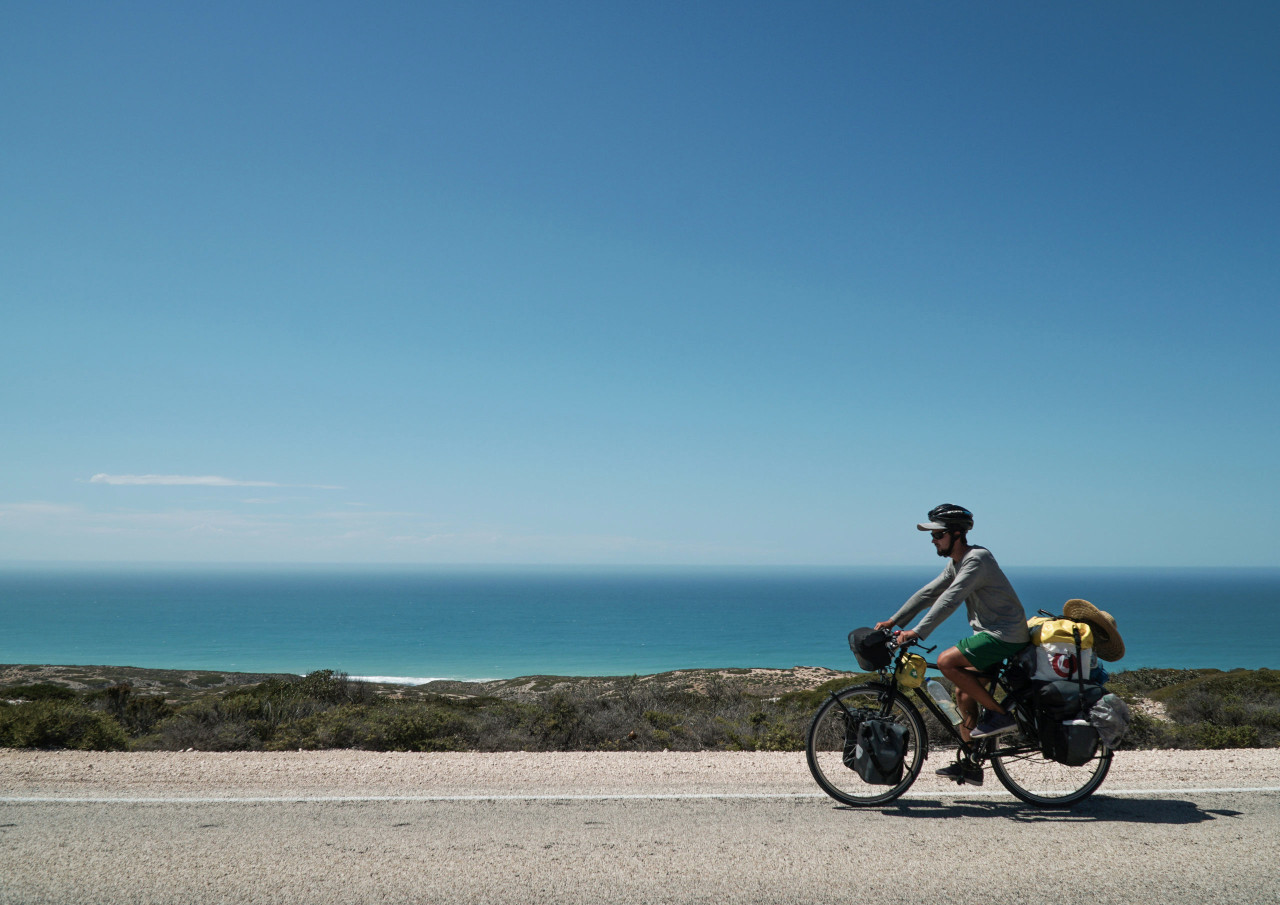 That means that as well as the gorgeous vistas of Central Asia, there is desperation and disappointment in the waterless desert. As well as the spontaneous hospitality of strangers in Kazakhstan, there’s the frustration of being gawped at by unhelping bystanders as they they and change a tire on a polluted, traffic-choked, sunbaked street in Delhi.

“Delay and dirt are the realities of the most rewarding travel,” wrote Paul Theroux in Ghost Train To The Eastern Star. The great American author transformed travel writing with his realization that it is the nitty-gritty of the everyday travel that fascinates readers as much as the beauty and transformative moments a traveler encounters on routes.

I feel Theroux, who has never been afraid to depict himself as a grump if it enhances his story, would approve of „Austria2Australia"’s essential honesty.

At one point, Dominik, driven to despair by endless days of headwinds, heat and sleep-deprivation throws his metaphorical toys out of the pram. It would be an easy decision to edit out his moment of petulance, but this film is all the stronger for the fact he made the brave decision to keep it in.

“Neither Andi or I had ever been in front of a camera before,” he laughs now, “it was quite difficult. I’m not a man who generally shows a lot of emotion, and to do that on camera was difficult.” 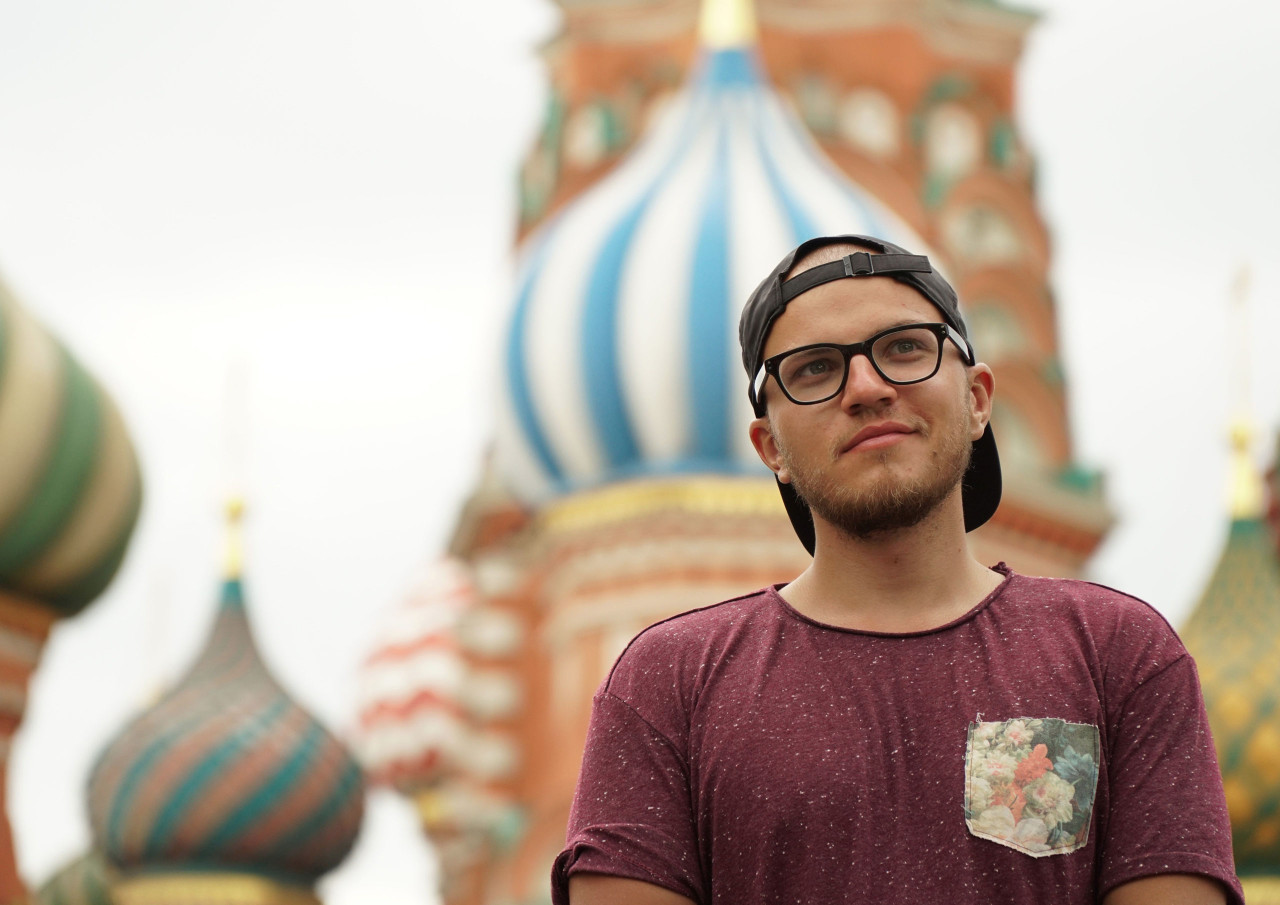 It might seem remarkable that all these intimate moments are captured, but the two friends had already set out with the idea of making a film. Alongside the tents, extra clothes, cooking stoves and water-proofs, they had packed about 7kg of film equipment: video cameras, external microphones, a GoPro, rechargers, cables, even a drone.

“We hoped we might be able to make a film out of this journey,” says Andi, “we’d discussed it with our producer, Josef Aichholzer. But we also knew that we were inexperienced and that we had no idea what would happen on the trip; whether we’d get enough interesting material to tell a story.” 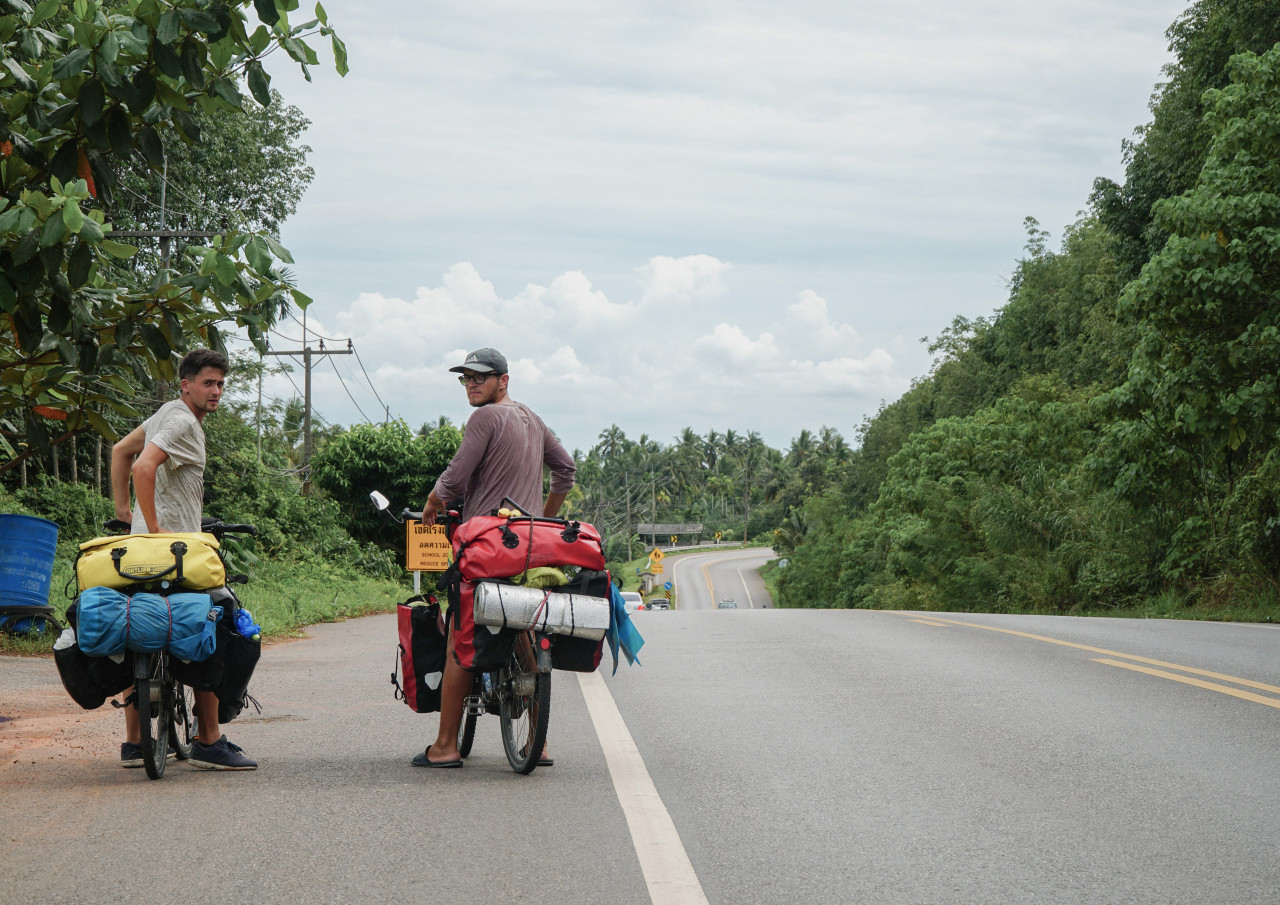 Well they certainly did and surely the experienced hand of Josef Aichholzer, who won an Oscar for his work on Der Fälscher helped find the nuggets of gold among the hours of footage that they had squirreled away on external hard-disks over the months of the journey.

They make a charmingly stoic couple as they struggle with wind, rain and bad roads. Dominik is chirpy and chatty, Andi seems phlegmatic and reliable. Sometimes they are forced to confront their own Western prejudices, sometimes they are pushed to the edge of their own limits both physical and psychological.

This feels like adventure as it is truly lived. It’s touching because it feels real, warts and all - so we believe in it and we believe in them. Because of their unpretentious candour, we will follow them through the endless head-winds, the relentless heat and all the annoying flies.

If I may again quote my hero Paul Theroux: “Travel is glamorous only in retrospect.” 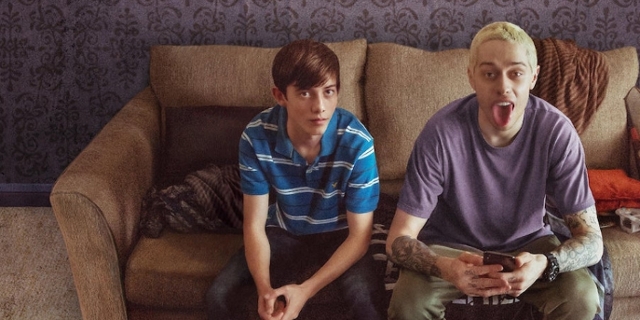 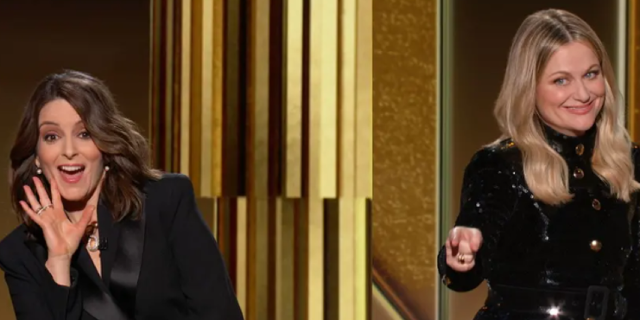 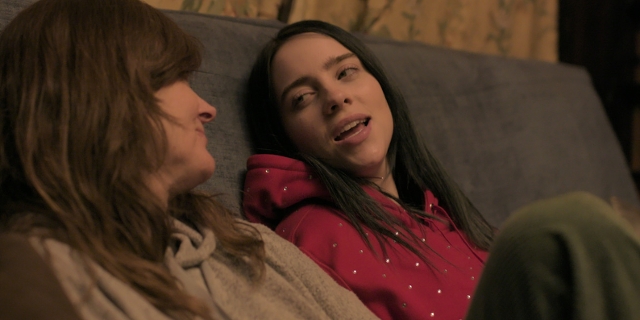 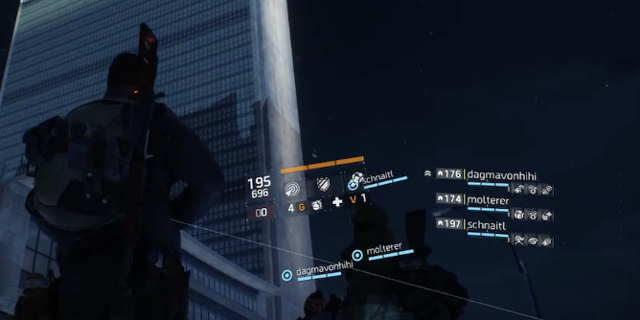 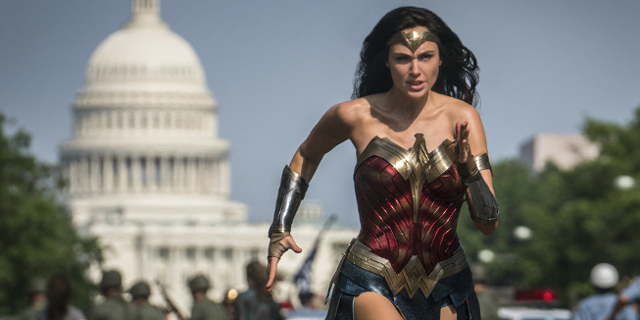 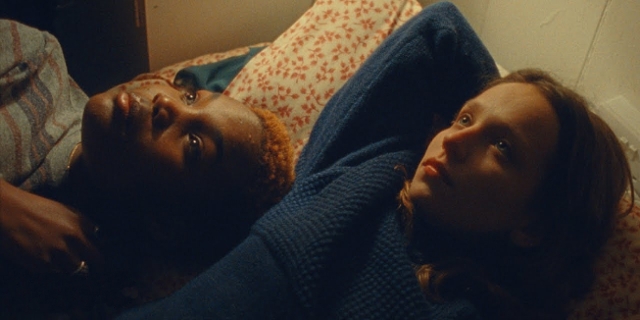 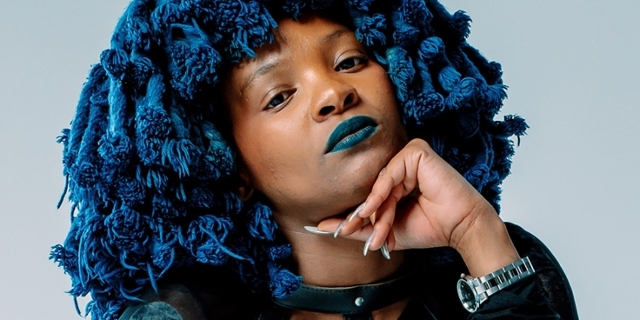 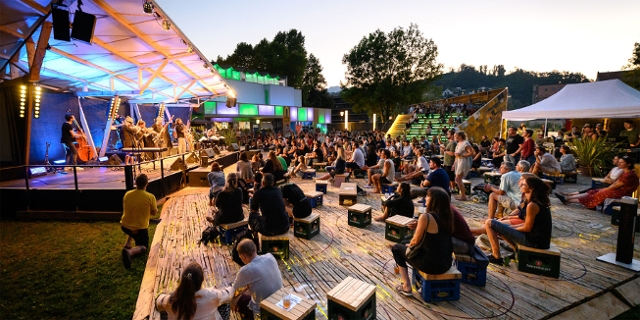 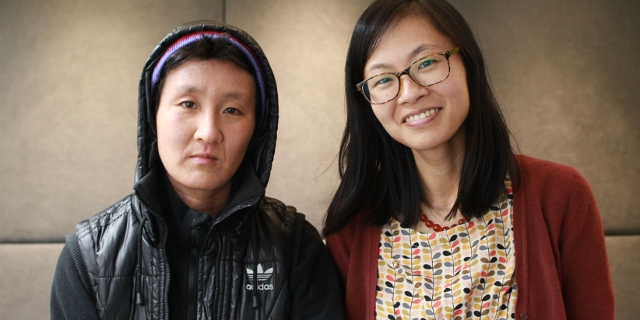