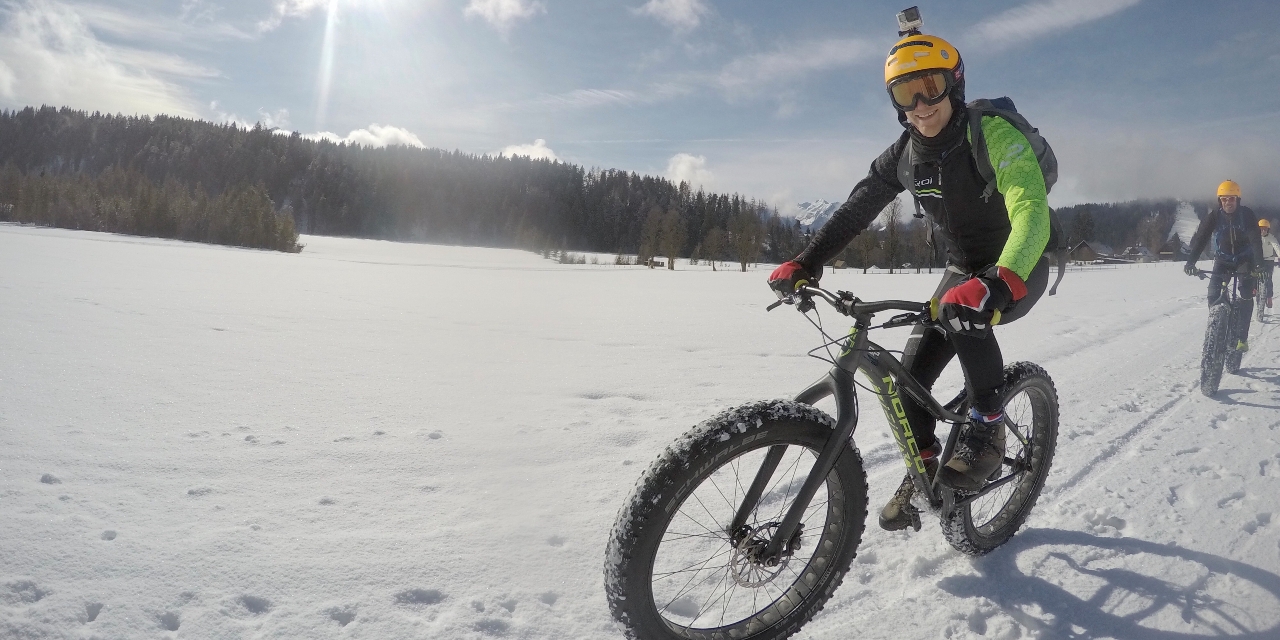 Alternatives to skiing: Winter Fun Away From The Crowds

Even when the ski lifts re-open this winter, you might fancy some winter sports alternatives during this COVID-affected season.

As we set off on our fat bikes in the fresh chill of the morning, the fat tires crunched over the ice that had frozen overnight at the Ramsau Trainingzentrum. Soon we were on a path beside the cross-country, a couple of centimetres of snow had settled from an overnight shower and now we were swishing deliciously through a thin layer of powder on a gradual downhill incline towards a pine forest.

The sun was glistening on the snow, I gulped in some cold air and that delicious taste of exhilaration that I always get at the beginning of an adventure.

The cross-country skiers gave us barely a look: fat bikers have been a regular sight here since Michael Stix, a former event manager and passionate mountain biker, settled on the 1000m high plateau a few years ago, far from the hectic of Vienna, and got permission to start a bike-hire and guiding business.

I’d expected this to be a story of conflict, but Michael told him he had faced very little negativity from other snow enthusiasts on the Ramsau plateau. “Cross-country skiers all ride bikes all summer,” he said, “I’ve never had any issues with any skiers. They are more curious than anything.”

We shared some paths with hikers, their footprints giving the occasional bumpy surprise on sections of hardened snow, but the same principle as mountain biking applied; slow right down, smile and say hello. 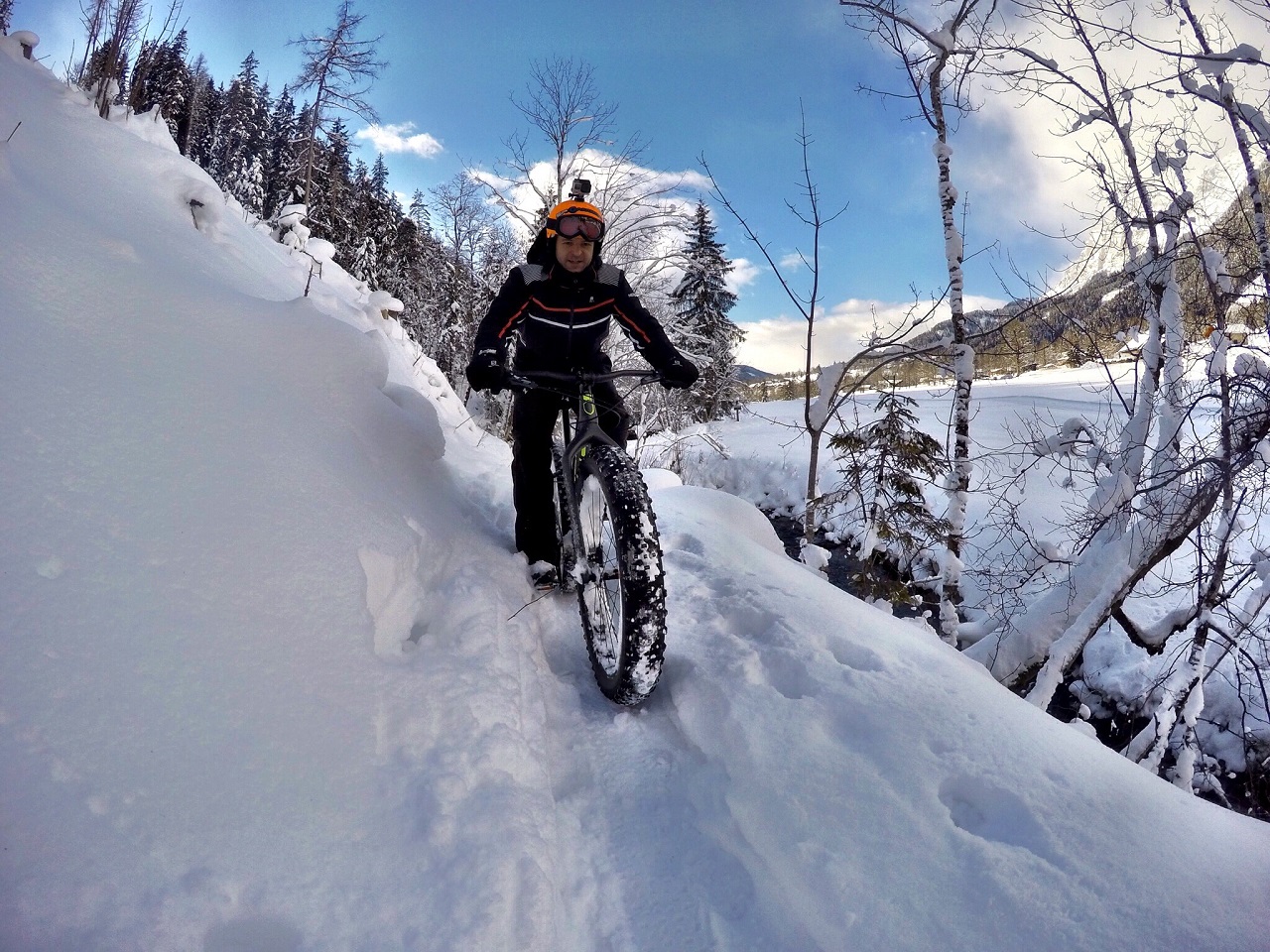 And Ramsau is admirably progressive in embracing the relatively new sport. As the climate change is causing snow levels to rise, winters to start later and the seasonal snow melt is beginning earlier, new mountain activities bring a welcome spread of tourists.

The rest of our group of four was made up by a Finnish couple Onni and Aaada who’d got into fat-biking on the many tracks of Scandanavia and were combining it with a two-week cross-country holiday; a welcome alternative after several days on the thin skis.

My fat biking adventure with Michael was at the very beginning of March, a birthday treat, when the snow was already turning to slush and there were already bare patches in the south facing forests. At the time the corona crisis was being treated as an Italian issue. However, two days after my ride, the news broke of infections in Innsbruck. Our lives were about to change. 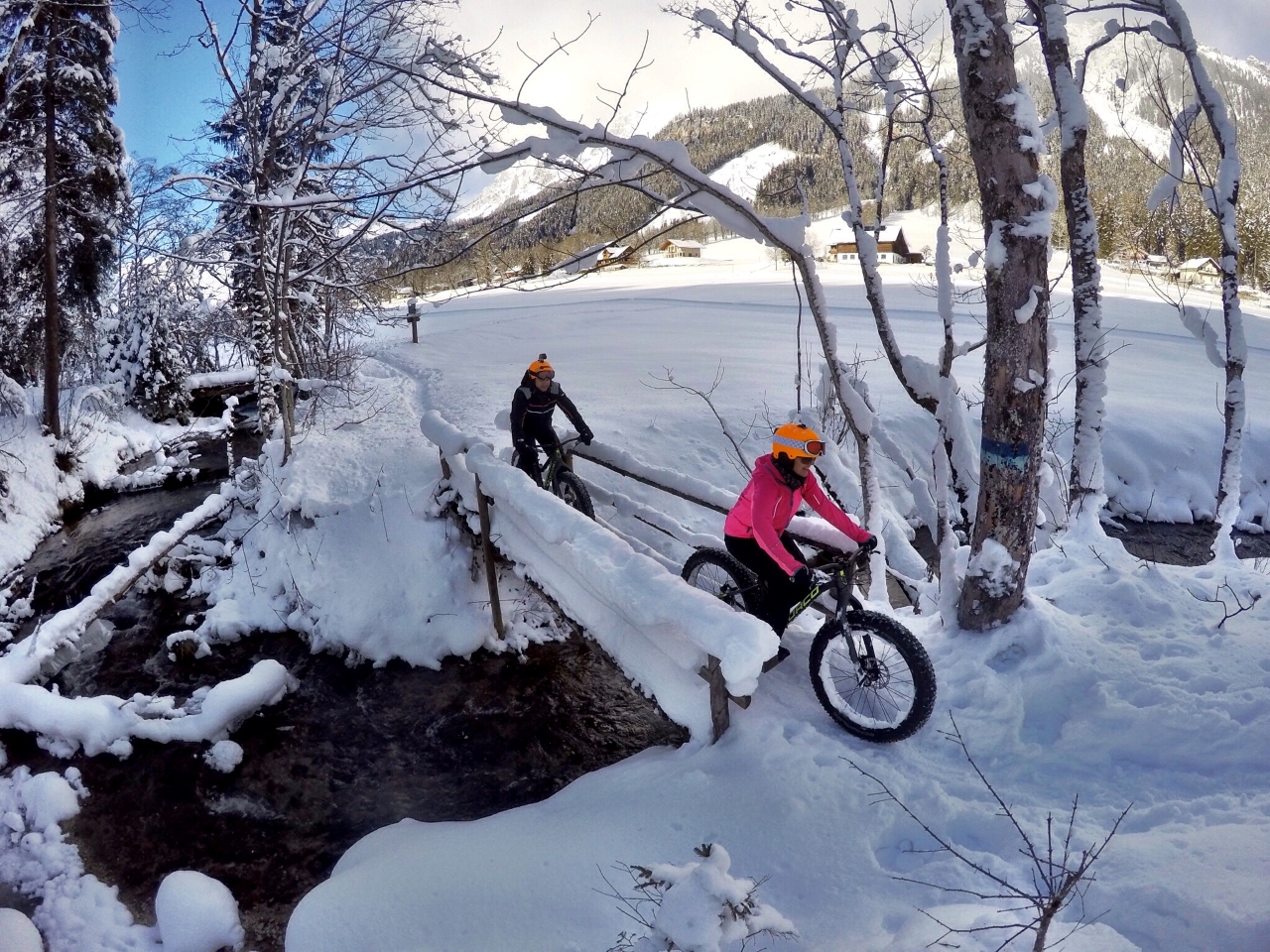 But, though it was 8 months ago, I have been thinking about fat biking at the beginning of this new winter tourism season which will be like no other we’ve ever known. The ski lifts can re-open at Christmas time, probably primarily for locals and by the time the Three Kings have come a-singing, Austrian hotels will be re-opening for an uncertain 2021 ski season. Let’s not be snotty about the struggle of resorts to get going safely; it is an important social issue in rural areas. The billions of euros depend on the ski industry, income that trickles down and supports other livelihoods in the tourism region. 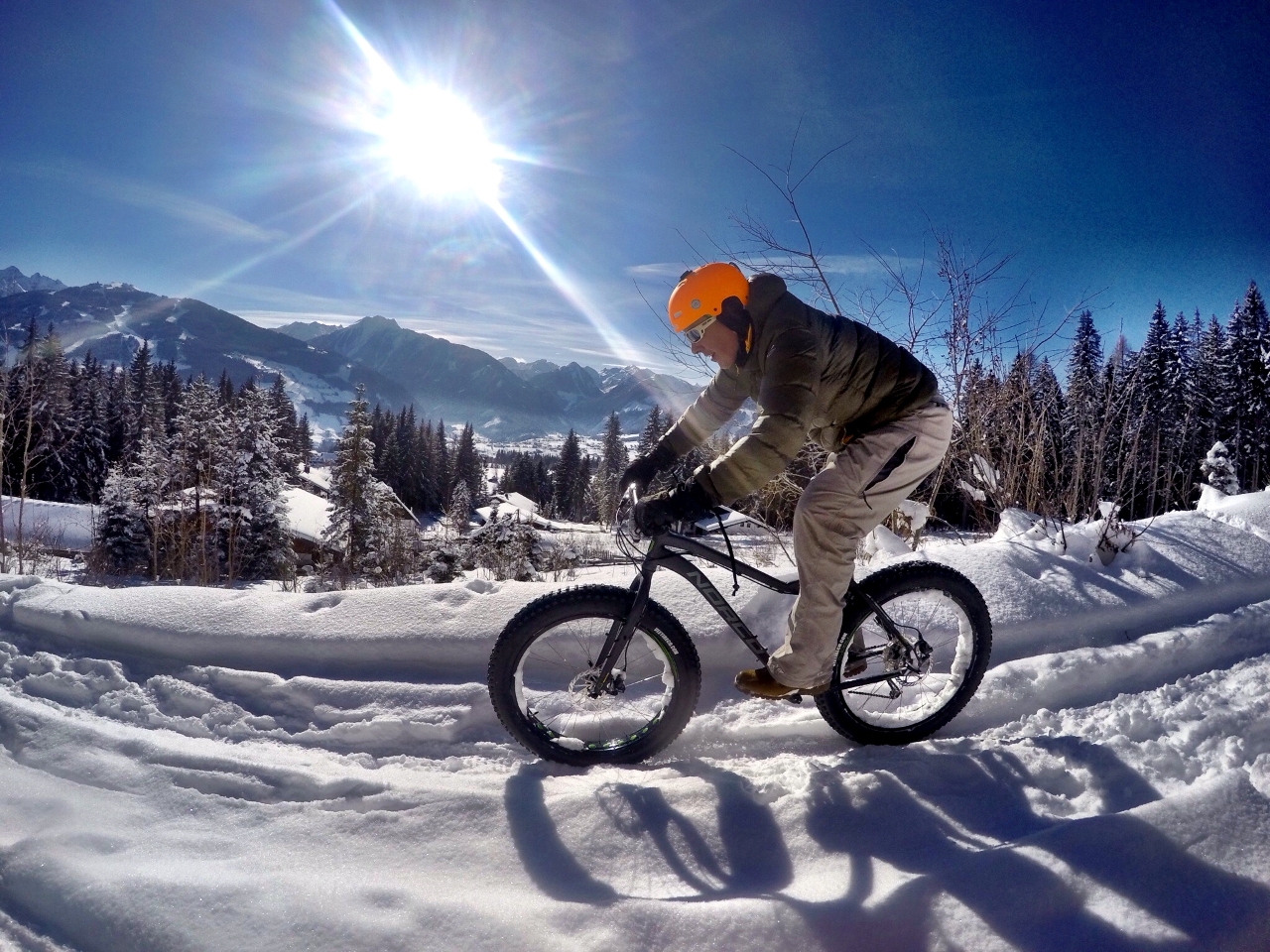 But if you feel wary about the cram of the ski hut and the press of the ski-lift, and feel some individual sport might be wiser and more enjoyable during this COVID_10 affected season, I’ve got some tips for you. I’ve spent the past 3 years exploring other alternatives and I’ve found it rather an enrichment.

For the first time since I was 8 years old, I won’t be going on ski trip this year. I can’t dress this up as an awakening to the fact the traditional ski industry, obsessed with expansion, is not ecologically sustainable. I’ve always known that, even during my most obsessive years. I can’t claim to have turned my back on the vulgarity of the faux jolliness of the Schirmbar either, nor the ordinariness of the cable car. I’ll drink an après-ski schnapps like the next man, and in the past 24 months I have spent as many days at the dentist as I have exploring the wild mountains as free-skier.

No, it is the most ordinary story in the world. I’ll join the estimated 60% of non-skiers in Austria this year because, as a father of a small child, my former obsession skiing has become stressful, over-expensive and entirely unrelaxing.

In the long-term our experimentation might also be an enrichment to Austrian tourism. Diversification is a buzz-word right now; resorts below 1000m know their seasons are destined to get short and are hoping to redefine the winter holiday as more than the amassing of kilometres of the prepared ski pistes.

Last week I spoke to Sören Ronge, the European coordinator of the winter sports NGO Protect Our Winters who are pushing for more ambition on climate action. He was excited to hear that there was a pre-season boom in the sale of split-boards and ski touring equipment. He hopes the resorts rethink their expansion at all costs philosophy and partially embrace a more natural approach to enjoying the mountains.

Advances in technology and an increasing number of friendly introduction causes are making ski touring and split-boarding more accessible to more people, but it is good to have some other options for when the avalanche risk is high or you don’t have the energy for climbing a mountain.

Taking It Easy (sort of)

When my partner was pregnant, and a crash on a overfilled ski piste seemed particularly unwelcome, we thought we’d explore the snowy forests of the Mühlviertel on snow shoes. It was rather wonderful.

In the heavy snow the stumps of trees look like a huddle of white dwarves convening for a secret ceremony. I felt I was in a Jack London story, far from the madding crowds. Sadly we weren’t bright enough to work out how snow-shoes work, and if you look carefully you can see we have fully attached them to our feet making an easy stroll into an endurance event.

I even tried ice-skating on the Weißensee, taken by the Olympic spirit, stumbling over my own feet as long-lines of speeding Dutch tourists whizzed by. I’ll say this for it: get up early when the ice is freshly prepared and then after two hours you feel your day has already been perfectly fulfilling, so you can spend the next 12 hours filling yourself and chilling out. Imagine a winter holiday where you actually have time on your hands!

But being a cycling freak, for me personally, it’s fatbiking through a wintery landscape that looks set to guarantee my winter sports needs this season. The wonderful thing about it, in stark contrast to piste skiing, is that you don’t have to worry too much about the weather. Fat bikes are fun in all conditions, they plow through slush, ice or new snow and the off patch of bare-ground won’t make a difference.

And while Onni and Aaada might have travelled all the way from Finnland for the biking and cross-country skiing, Michael hopes that some Austrian cyclists will choose a regional fat-biking adventure instead of their carbon-intensive winter trip to the sun of the Canaries. 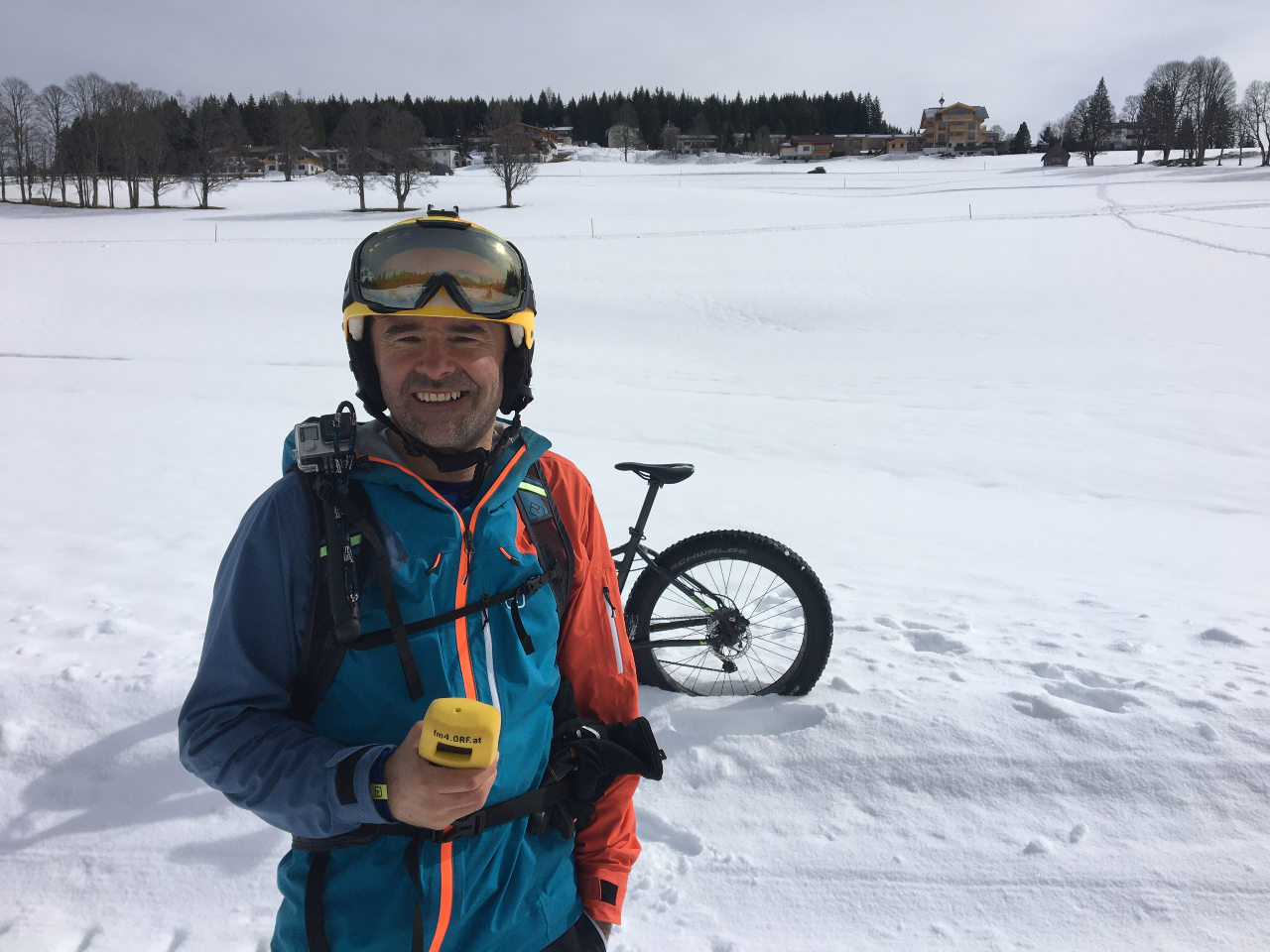 While fat biking on snow is still a niche sport in Austria, it does seem to have plenty of potentional to grow. But do you need any special skills to ride a bicycle on snow?

„I think it is even easier in winter on snow,“ thinks Michael, "because you are always aware that if you fall, yeah, it is always soft, and you can steer and ride and brake like in summer.” 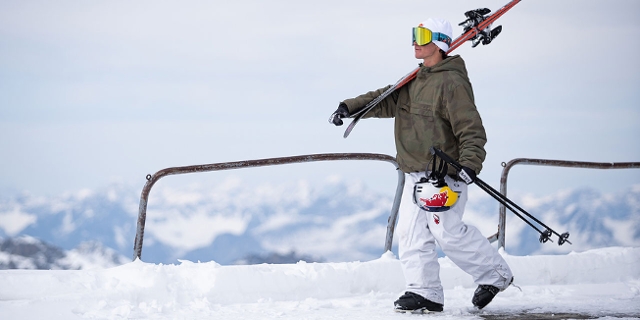 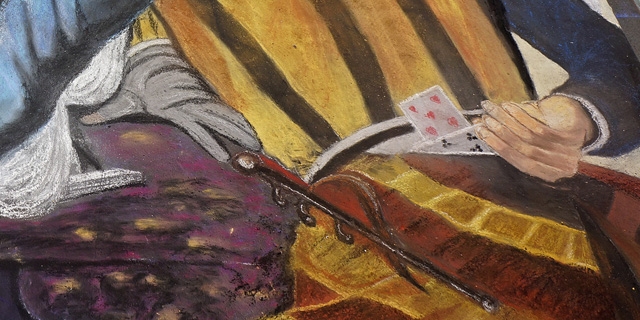 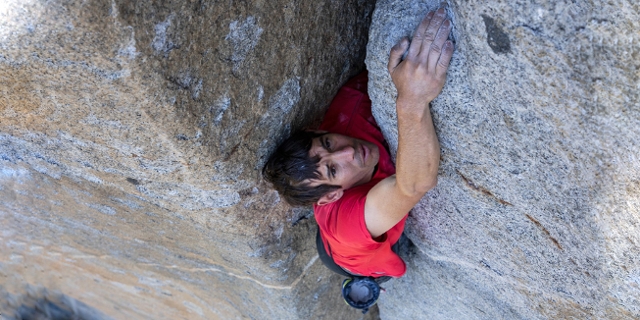 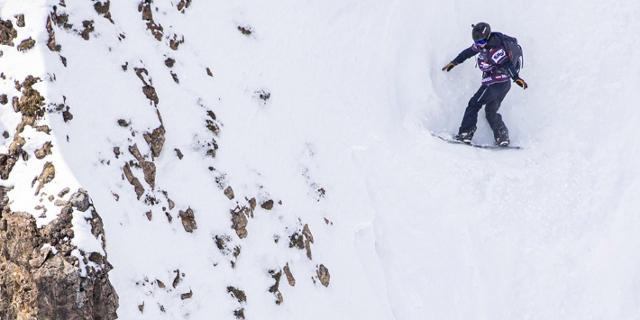 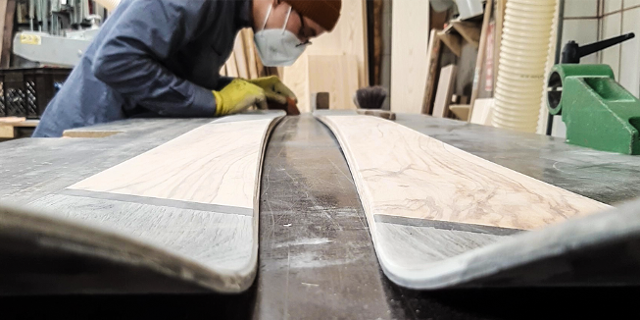 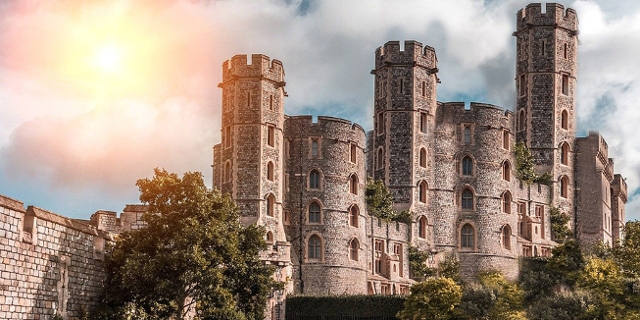 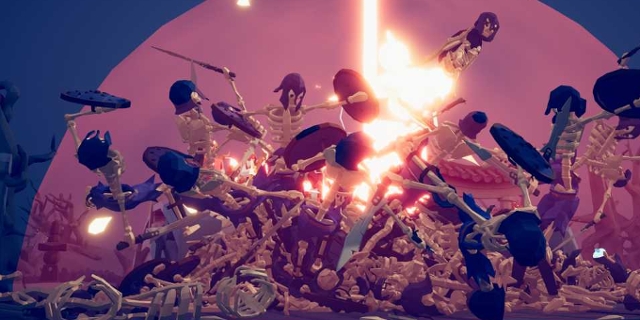 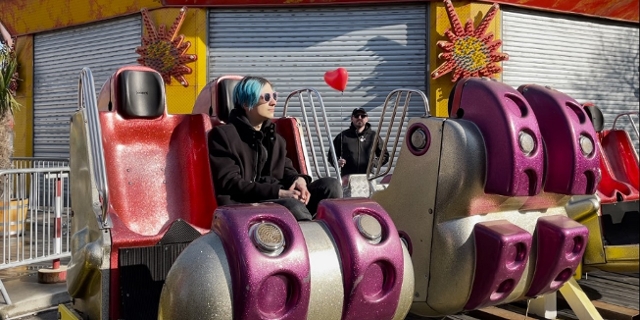