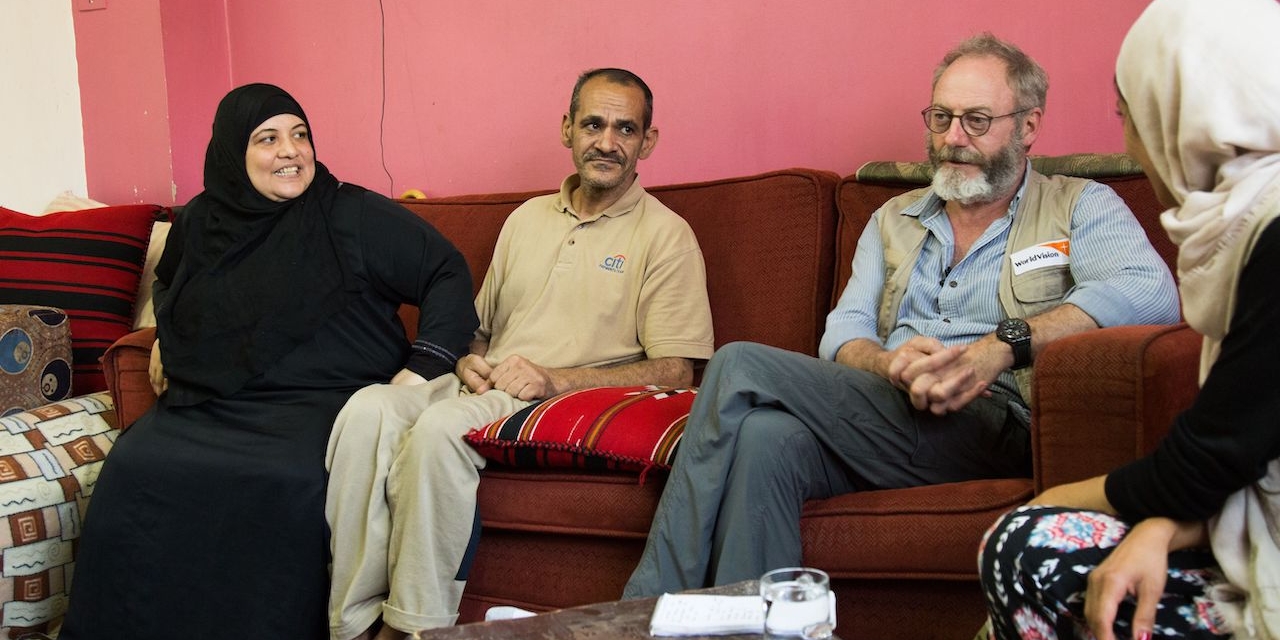 From Game of Thrones To Game of Life

I have to admit I have a superficial memory of Game of Thrones, although I watched all the series until a zombie dragon turned up and I turned off. What I do remember clearly is that everyone wanted to kill everyone else in horrendous ways. Apart from two characters.

Firstly, of course, there was the hero, Jon “you know nuffin” Snow. But there was also a quietly spoken and shaggy-bearded character called Ser Davos Seaworth who was gentle and kind. Most memorably, he was decidedly against children suffering for the political ambitions of others.

So it seems fitting that Ser Davos, who provided the voice of moral conscience in a blood-thirsty show, was played by an actor Liam Cunningham who is performing the same role in a real world that can also seem indifferent to suffering. 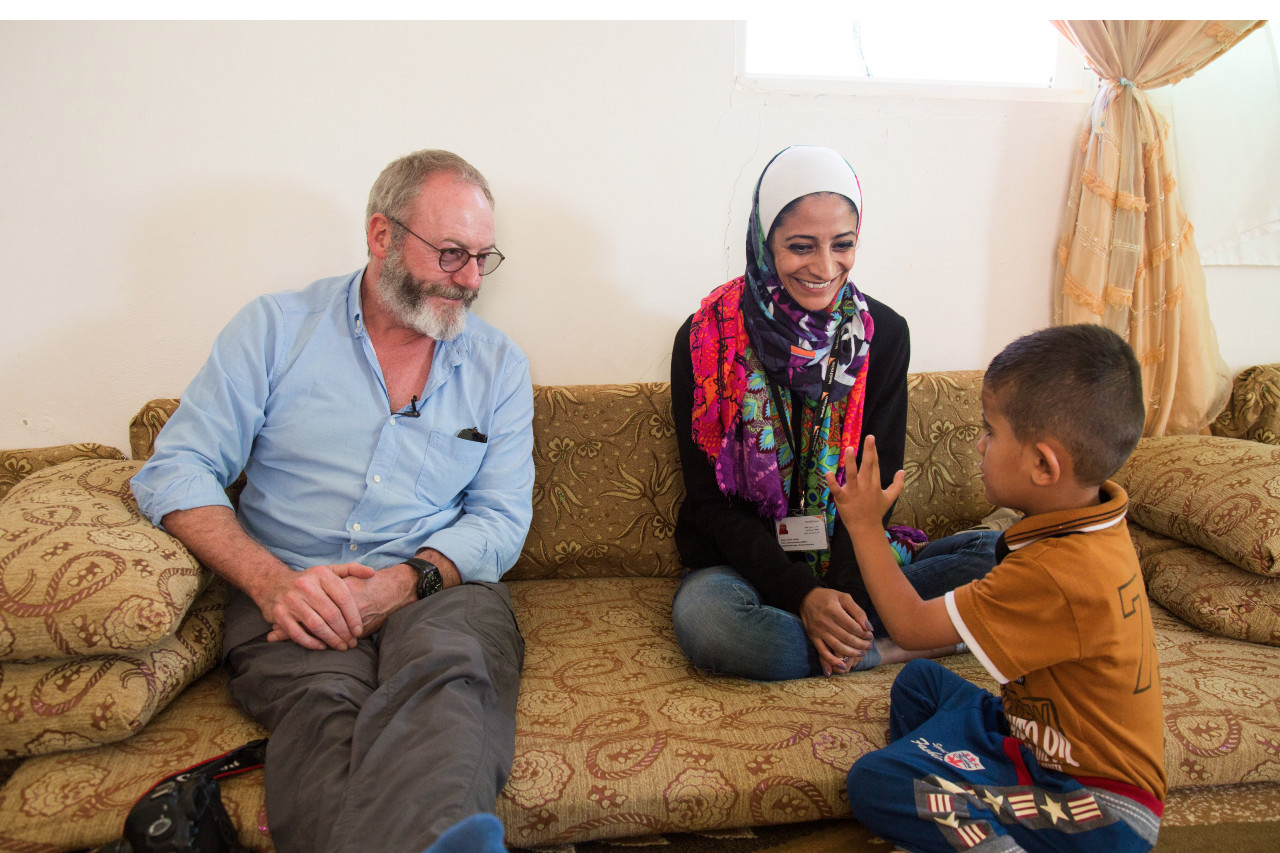 For several years Liam Cunningham, one of Ireland’s most respected actors, has been advocating for the rights of refugees, mostly working closely with the NGO World Vision.

He has travelled to refugee camps in Greece, Jordan and South Sudan, meeting those who have been forced to flee their homes, listening to their stories, trying to understand their predicaments and needs and then using his showbusiness clout to relay these needs to a larger public.

In an FM4 interview he explained why, of all the worthy causes he might have espoused, he had chosen the plight of refugees?

“Well, I’ve always kind of been concerned about the plight of people who have been disadvantaged,” he told me via Skype from his home in Ireland. “I’ve always been concerned with those people who have been deprived of the freedoms that we take for granted, the freedom to walk out of your house without having to worry. Or worrying whether you going to make it back from the school with your children. I think we have the luxury in places where there isn’t war going on of taking really, really important things in our life for granted.” 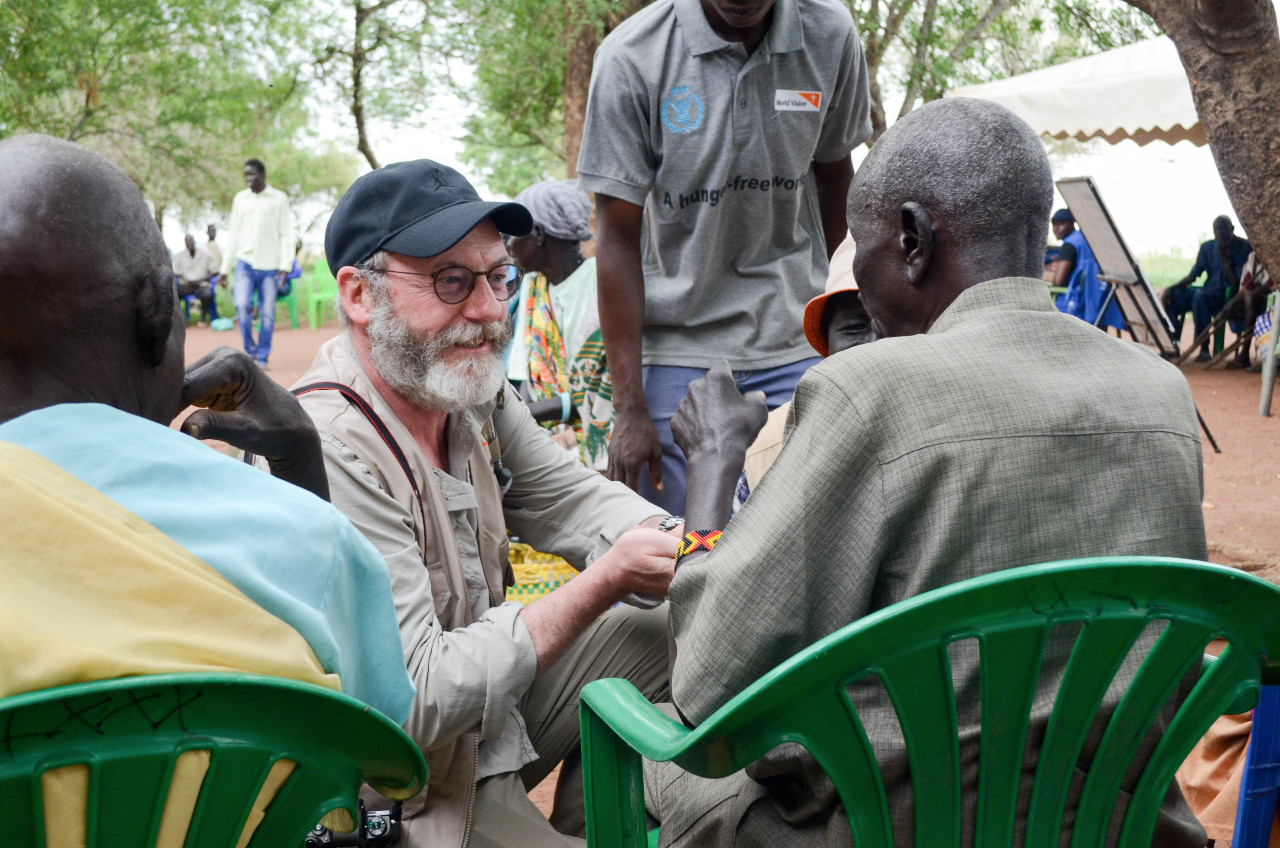 Cunningham is anything but your stereotypical acting ‘luvvy’. He is a straight-speaking man with a clear sense of empathy.

Part of his strong humanitarian streak developed during the three and a half years he spent as a young man working as an electrician in rural Zimbabwe long before he turned to acting. He was earning hardly any money and was deeply involved in the lives of rural communities. It was there, he told me, that he realized whether we live, we’re basically involved in the same struggles; getting enough money to get by and trying spend some quality time with your family.

“To be on the ground and see people loving their children and, you know, finding love and trying to find a job and concentrate on their education, all those things form a part of everybody’s culture. And it gave me such a faith in humanity. It’s unavoidable to get that faith.“

After an experience like that at a young age, it is hard to see victims of crises abroad as unrelatable “others.”

But it was through his work on Game of Thrones that he first visited a refugee camp. The producers of Game of Thrones, HBO, had a tie in with the International Rescue Committee and were looking for actors do some advocacy work and visit a camp. Liam, Lena Headey (yes, bad old Cersei) and Maisie Williams took up the chance and went to some of the camps in Greece: “The three of us were just outraged that of the indignity that these people had had to tolerate. And it was because of a fight that had nothing to do with them. We saw how difficult it was for them and generally speaking, how unwelcome they were, which I found particularly nauseating.”

Many celebrities use their power of influence to back worthy causes. What perhaps marks Liam Cunningham apart is his tenacity and commitment. Ever since that early trip he has taken every opportunity to visit more camps and to deepen his knowledge on the dynamics of forced migration. He has made lasting friendships.

In particular, Liam has stayed in contact with a young Syrian man called Hussam who he originally met in Jordan when Hussam was just 16 years old. Liam exchanged regular emails and calls with Hussam as he negotiated his passage to Germany, learning German via Youtube tutorials and then the actor surprised him with a secret visit to his new home in Stuttgart.

Most of all, Liam says, he was overwhelmed by the sense of energy, optimism and pragmatism that Hussam brought to his new life; studying hard, working hard to integrate and making a brief foray into the world of acting himself. This was a young man who as a schoolboy had to help dig friends out of the rubble after their school was hit by artillery fire.

„They couldn’t destroy his hope“

“I remember reading a quote from an American general when he was asked about war," Liam told me, "and he said, well, you have to remember, war is about cruelty. I mean, that is the purpose of war. It’s to be cruel.”

But against Hussam, the cruelty has to admit defeat. “All the bombs, all the billions that have been spent and they couldn’t destroy this guy’s attitude to life. And as far as I’m concerned, I see him as a victor, as a winner in a military conflict because the soldiers couldn’t defeat him, only displace him. They couldn’t take away is love for life. They couldn’t destroy his hope. And that’s to be celebrated. It makes a mockery of the weapons of war.” 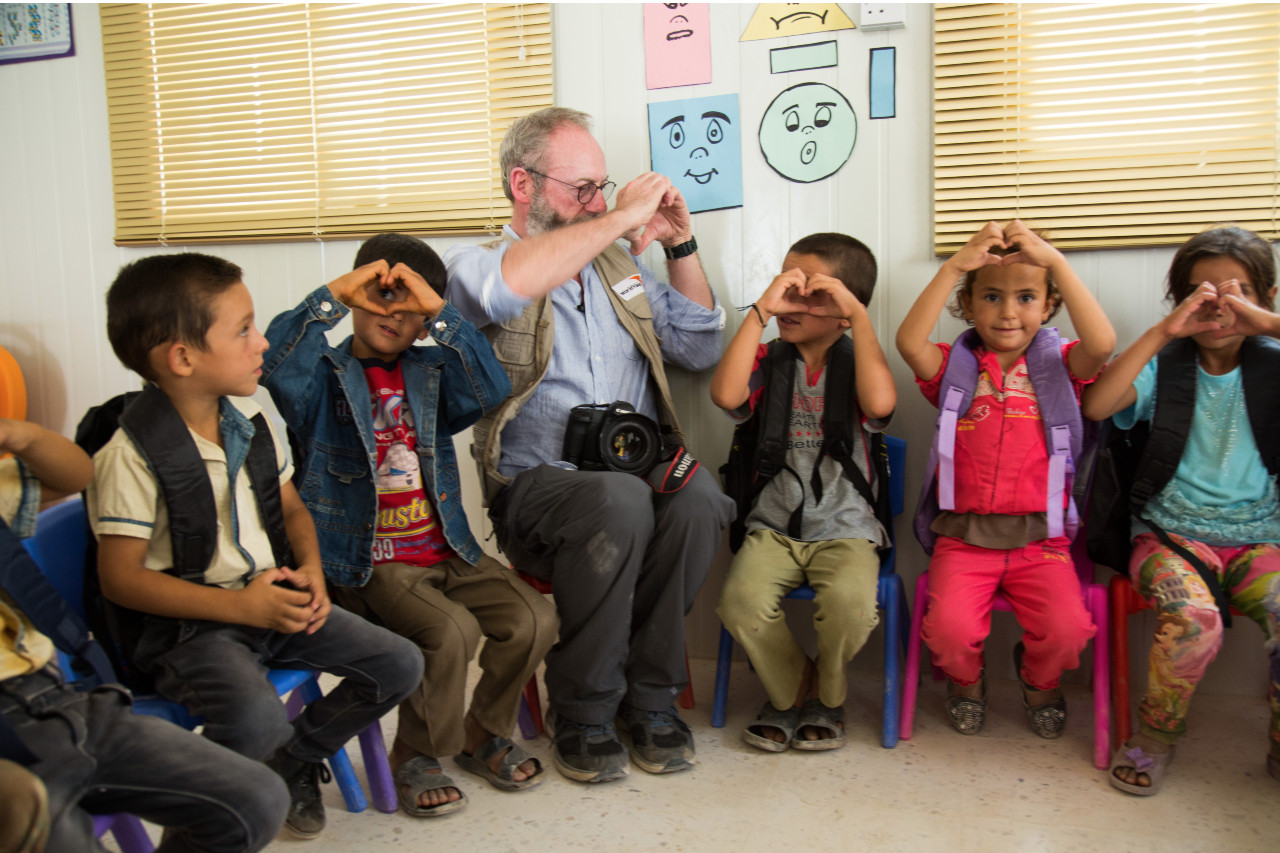 We are focusing on the experience of one refugee in a conflict in Syria that has displaced millions; and of course Syria is just one of dozens of ongoing wars which ripping lives apart in the world right now.

But I don’t apologize for this. The refugee crisis has too often become a story of numbers and sheer numbers can dilute the individual humanity of those caught up in the misery these conflicts bring.

„This Could Be You“ 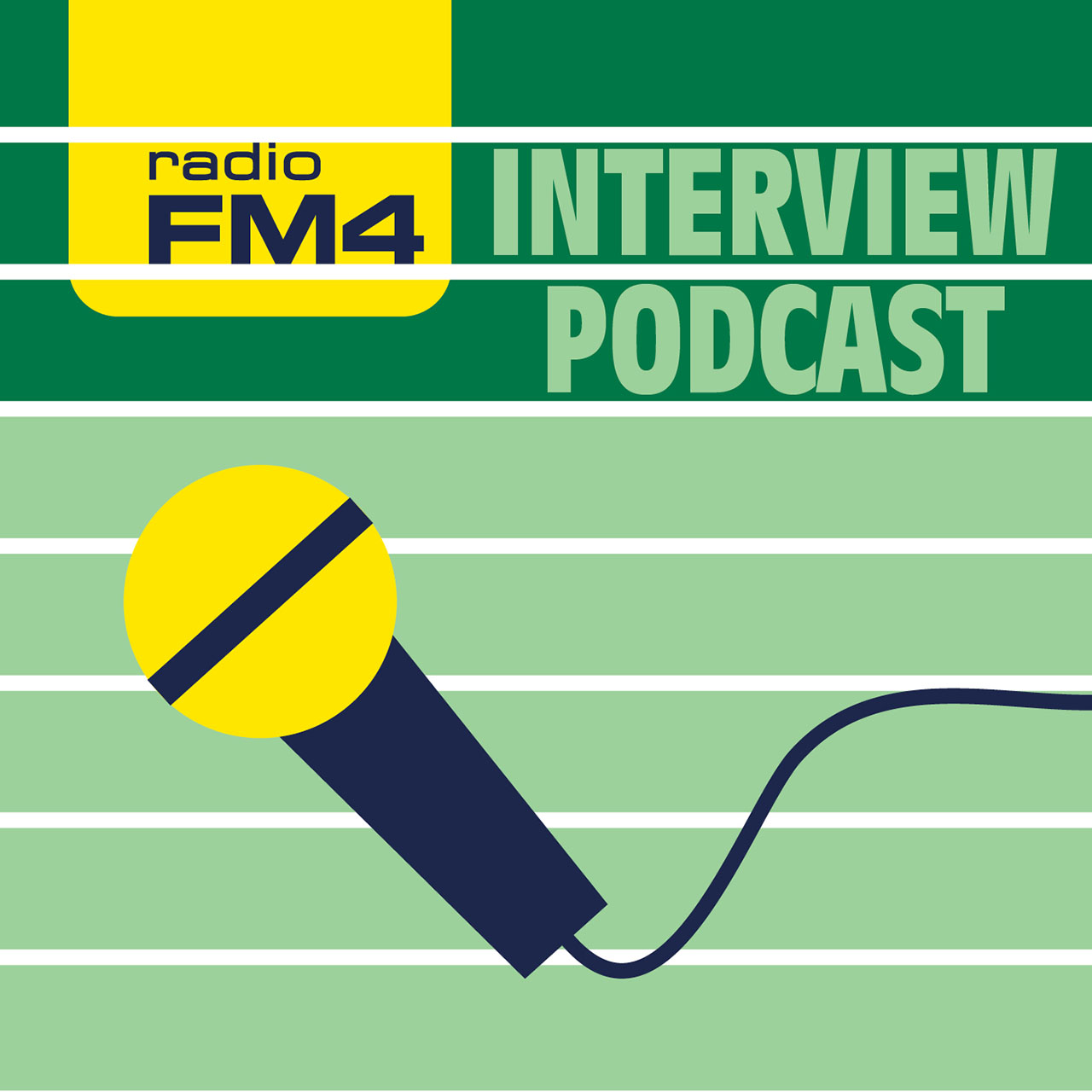 “I completely understand the media,” says Liam. “The media have to inform us of the size of the of the emergency or disaster or whatever it may be. So they will talk in terms of countries in terms of thousands, millions of people. We already know there’s a big 12 million people are displaced from Syria alone. And that creates emotionally within us is, in a sense, a safety net, a barrier, because emotionally, as human beings, we don’t want to deal with individual stories because it brings it home, it brings it home and it says to us, this could be you.”

Liam says he was shocked by what he feels should have been obvious to him: that the people he met in the refugee camps were very similar in background and interests to himself. “There were architects and judges in the camps. These were people who had a very sophisticated culture and had that completely taken away from them.”

If Liam Cunningham has one bug-bear it is the callousness with which these fellow-humans are discussed in comfortable Western countries, whether it be in our newspapers, political institutions or among friends. Forget for a moment the legally-binding commitments our governments have made to accommodate refugees and look at our societal values. By being so cold-hearted towards people in need now, we show a remarkable sense of amnesia. 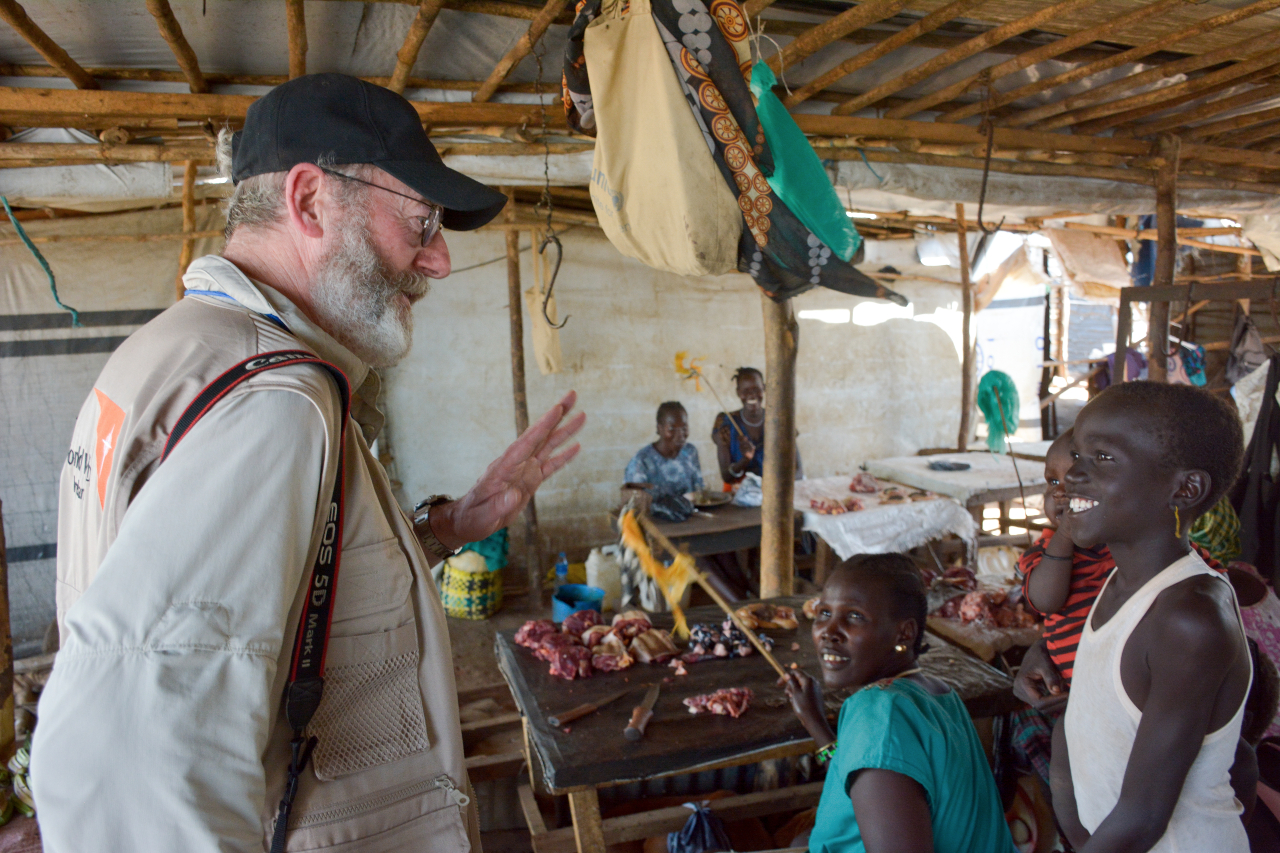 “A lot of these people are incredibly grateful that they have an opportunity to perhaps one day work. They’re not there to sponge off a system or any of that. I mean, that’s a regular thing we hear from the right. What responsibility do we have to look after these people who weren’t even born here? People have very short memories. I posted a photograph a little while ago of Greek refugees being accepted in Syria during the war. During World War Two, there was a huge amount of Polish refugees who went to Syria and were taken care of there. There was a huge amount of refugees who left Spain and went to northern Africa and were taken in by countries there. And we seem to have very, very short memories that we were looked after by the world during the Second World War. And now we feel we have no obligation to return that generosity. And I find that nauseating.” 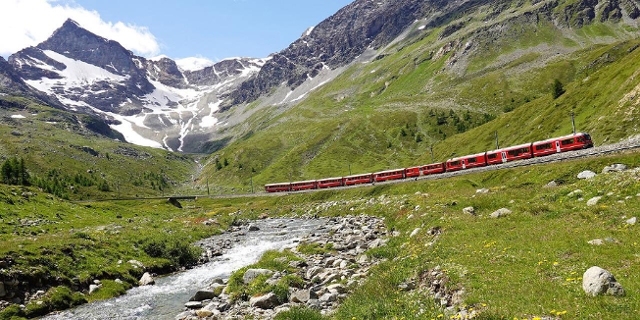 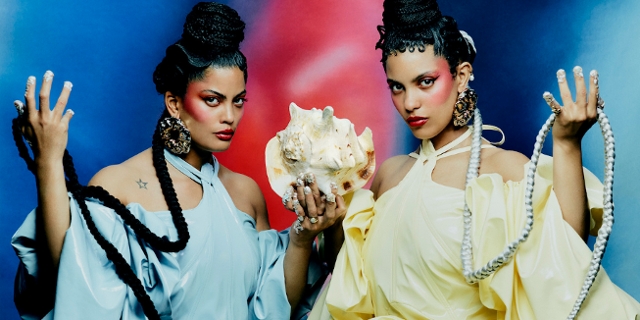