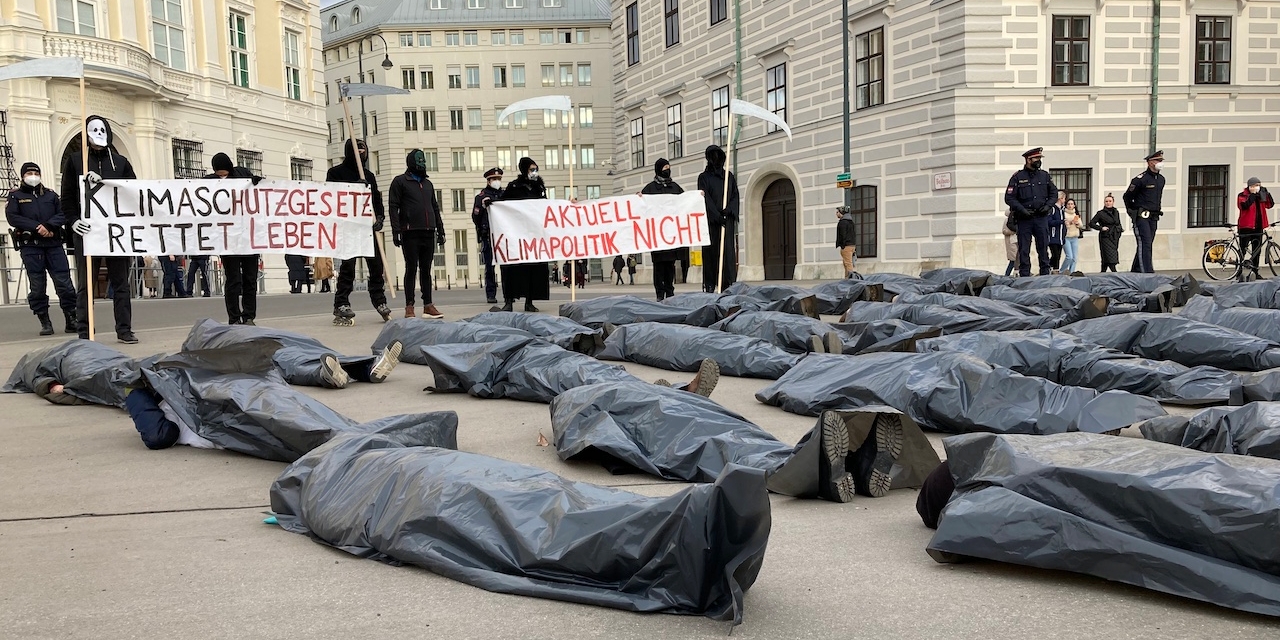 A “Die In” in Vienna has drawn attention to a fascinating calculation on the „mortality cost of carbon“.

There was an unusual gathering in front of the Chancellors’ Office on the Ballhausplatz in Vienna this month. Under the watchful gaze of half a dozen grim reapers, 49 activists from Fridays For Future lay down on the cold concrete, put shrouds over their heads and pretended to be dead.

49 is quite a specific number and it has been chosen for a reason: “This is the number of people who will die every day in the coming century because of the emissions that we emit every day in Austria,” explained activist Daniel Shams, “and because of the failure of our government to reduce them.”

This figure is based on some research published late last year in the scientific journal Nature and Communications. It was a number-crunching study conducted by a PhD student from Colombia University’s Earth Institute called Daniel Bressler.

He looked at data he drew from several public health studies and used it to calculate a link between emissions and increased deaths due to increased temperatures. His conclusion concluded that for every 4,434 metric tons of CO2 pumped into the atmosphere beyond the 2020 rate of emissions, one person globally will die prematurely from the increased temperature over the course of this century.

Fridays For Future have examined the numbers here in Austria and calculated that current Austrian emissions cause 49 deaths daily. „That doesn’t mean that they will die tomorrow or the day after tomorrow,” explained Friday’s For Future activist Verena Matlschweiger, “But, calculated over time, it does mean that, unless we massively reduce our emissions, here in Austria we will be responsible for 49 climate deaths every day somewhere in the world.” 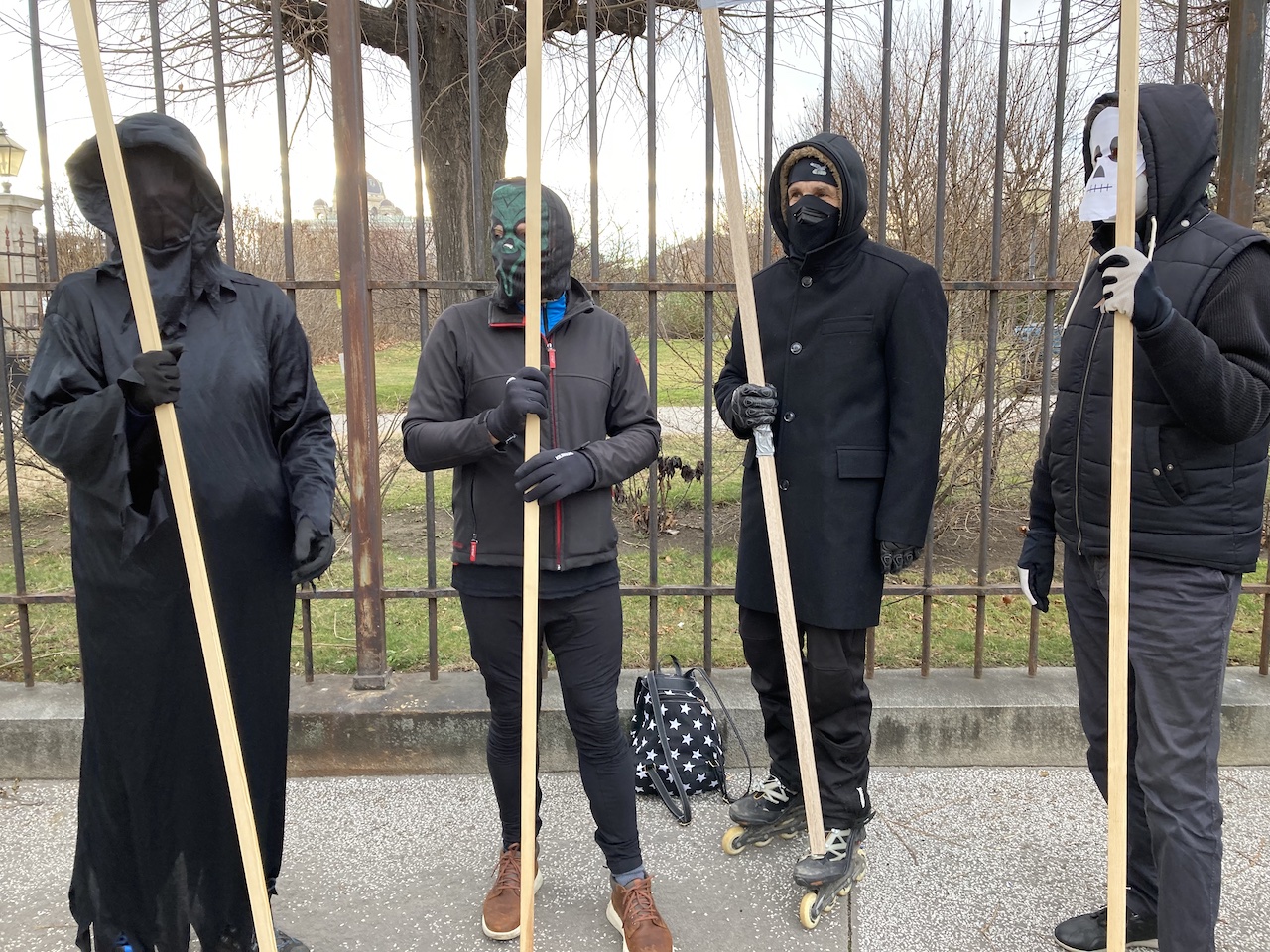 Could be „A Mass Underestimate“

I contacted Daniel Bressler, the author of the report, to discuss the methodology but he is currently on a year-long internship at the White House and unavailable for interviews. However he has admitted that his estimate might by „be a vast underestimate.“

To come up with his figure, he looked at deaths that are directly related to heat, such as heat-stroke. But, of course, there are many more deaths expected from other phenomena that are linked to the climate crisis, including storms, floods, crop failures, infectious diseases or even wars stoked by droughts and dwindling water supplies.

The problem with quantifying the mortality these threats is that there are so many other factors involved; there are many variables. Therefore Bressler couldn’t put an exact figure on it. You can imagine, however, that, if we are to be honest about our carbon emissions, a few dozen more activists could have played dead in front of the Ballhausplatz.

The key word in Bressler’s study is “globally” and this brings us back to last week’s edition of FM4 Klimanews Weekly about climate justice. The 49 people projected to die each day due to Austrian emissions, probably won’t die in Austria.

They will die in on the frontline of the climate crisis in the Middle East, where summer temperatures are already exceeding 50 degrees Celsius, in Africa and in Asia.

“That’s what we mean in the climate movement when we use the term MAPA,” explains Fridays For Future activist Daniel Shams. “It stands for ‘Most Affected People and Places’. That is why we need climate justice. There is a big discrepancy between how different regions and also different sectors of society are impacted by emissions.”

Verena Matlschweiger agrees: „In Austria we have a global responsibility. We have to reduce our emissions in Austria because people elsewhere in the world are suffering right now because of the carbon we are putting in the atmosphere. This has to end.” 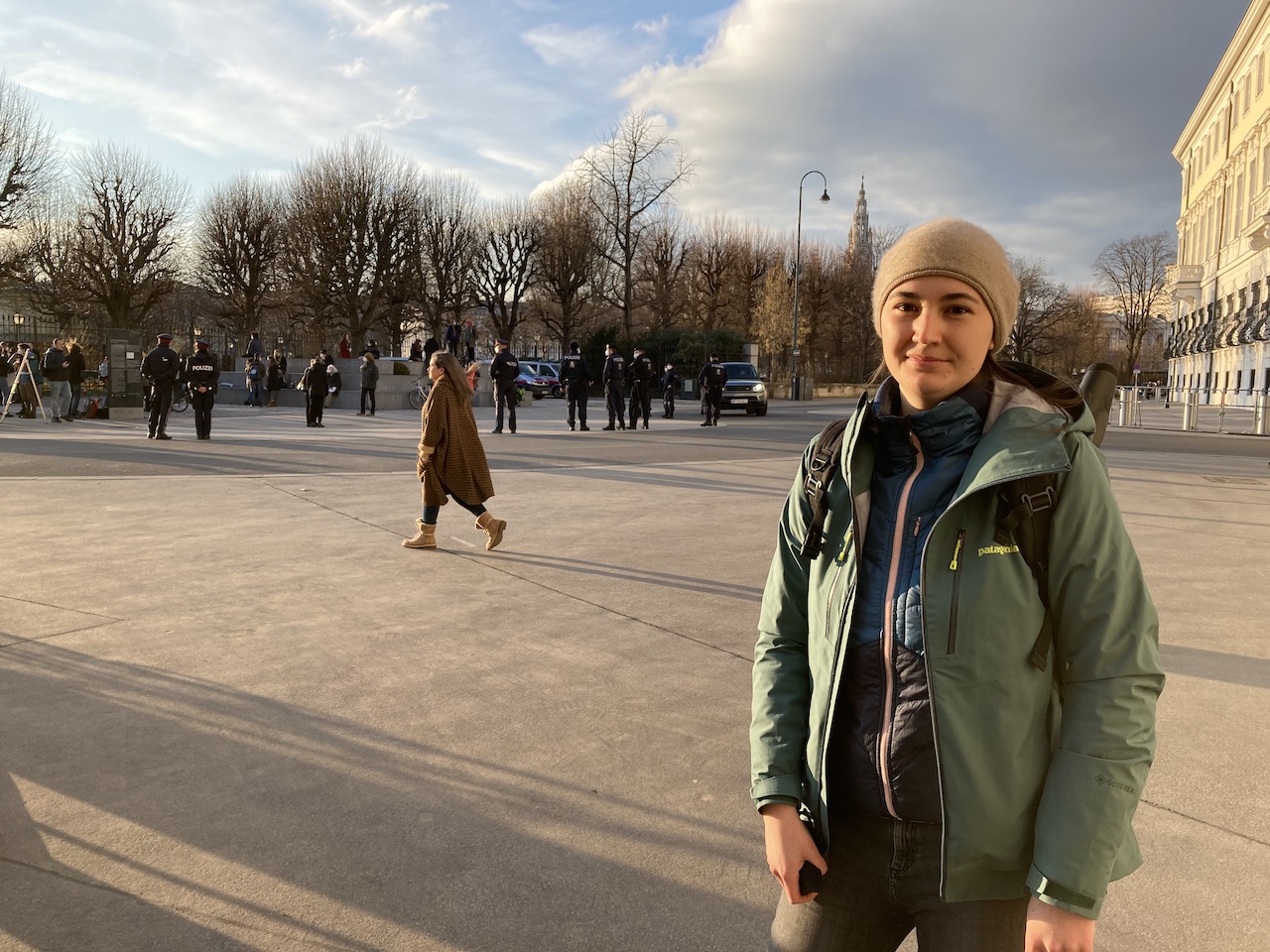 The Burden Of Traffic

But Austria is not reducing its emissions. Actually emissions are still rising here: and traffic, if you will pardon the pun, is driving them. The transport sector accounted for 30% of Austria’s total emissions in 2019 and its share is continuing to rise. That’s why the protests against a massive new urban road project in Vienna – the Stadtstraße – have been so emotional.

Two weeks ago, the protester’s camp in Vienna, the LobauCamp, was torn down by Viennese authorities and the protesters were evicted, with several taken temporarily into police custody.

Isabell Eckl, and activist from the LobauBleibt, was at the ‘Die In’ event.

She says the protest efforts to curb traffic must continue. “When you look around in Vienna, you see cars everywhere,” she told me. “I think about how much time I spend during the day waiting at pedestrian crossings, waiting until the light finally goes green for pedestrians. I think about how many toxic pollutants I breathe in. And it is just not necessary in a city. We need a change of direction for mobility in the city. There are so many alternatives.”

Let’s measure vehicle emissions by Daniel Bressler’s equation: His calculations show that adding 1 million metric tons to the 2020 baseline emissions would kill 226 people. Those 1 million tons equal the yearly emissions of 216,000 passenger vehicles; so reducing private car travel here in Austria would potentially mean saving the life of someone elsewhere on our shared planet. 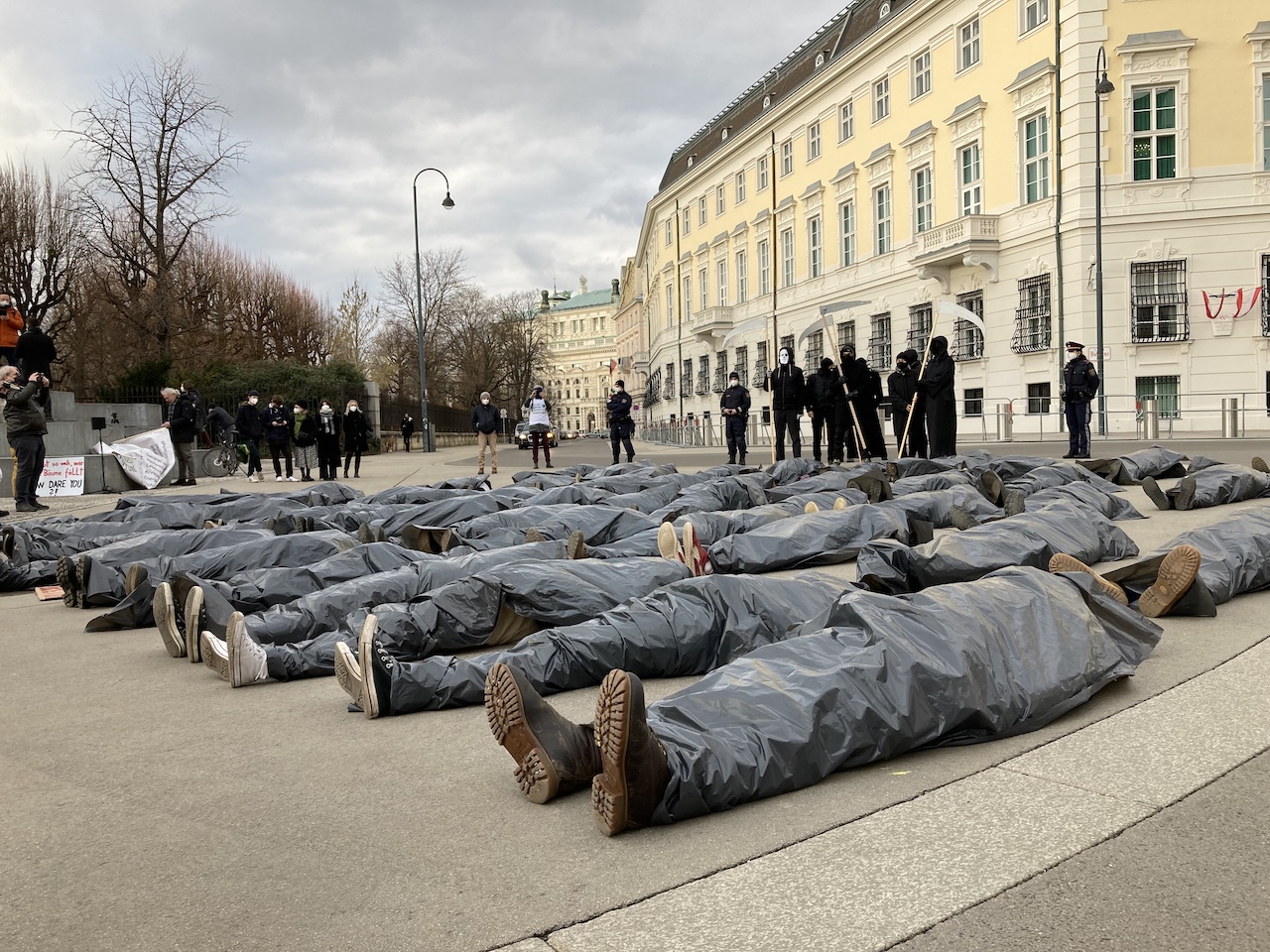 This week, following up on our climate justice episode, I followed the advice of campaigner and Der Standard commentator Manuel Grebenjak and contacted on of the great authorities on the subject; Prof Saleemul Huq. He’s the director of the International Centre for Climate Change and Development (ICCCAD) and is from one of the country’s most impacted by the climate crisis. A recent World Bank report predicted that the country will have 19.9 million internal climate refugees by 2050, driven from their homes by rising seas, flooding, salination of soil and increased cyclone activity.

He says that, for now, we should get away from terms such as “liability” which have been decreed “toxic” by rich western states led by the USA. Instead he suggests we think in terms of common human decency. He likes the term “solidarity.” When thousands of Germans were hit by floods last summer, it seemed logical that the German government should help the logistically and financially.

The Social Cost of Carbon

Why can’t we expand that sense of solidarity to a global scale? If building new roads or airport runways is killing people somewhere else on the planet, don’t we have an obligation to rethink that project?

It all comes down to the social cost of carbon. The figure might be just an estimate but is asks the essential question: what would we do and what would we pay to save a life?

Daniel Bressler’s data suggests that emissions from a single coal-fired power plant are likely to result in more than 900 deaths. Should the government that allows a new coal power plant to be opened have those 900 deaths on its conscience? Is opening a solar farm a life-saving policy? 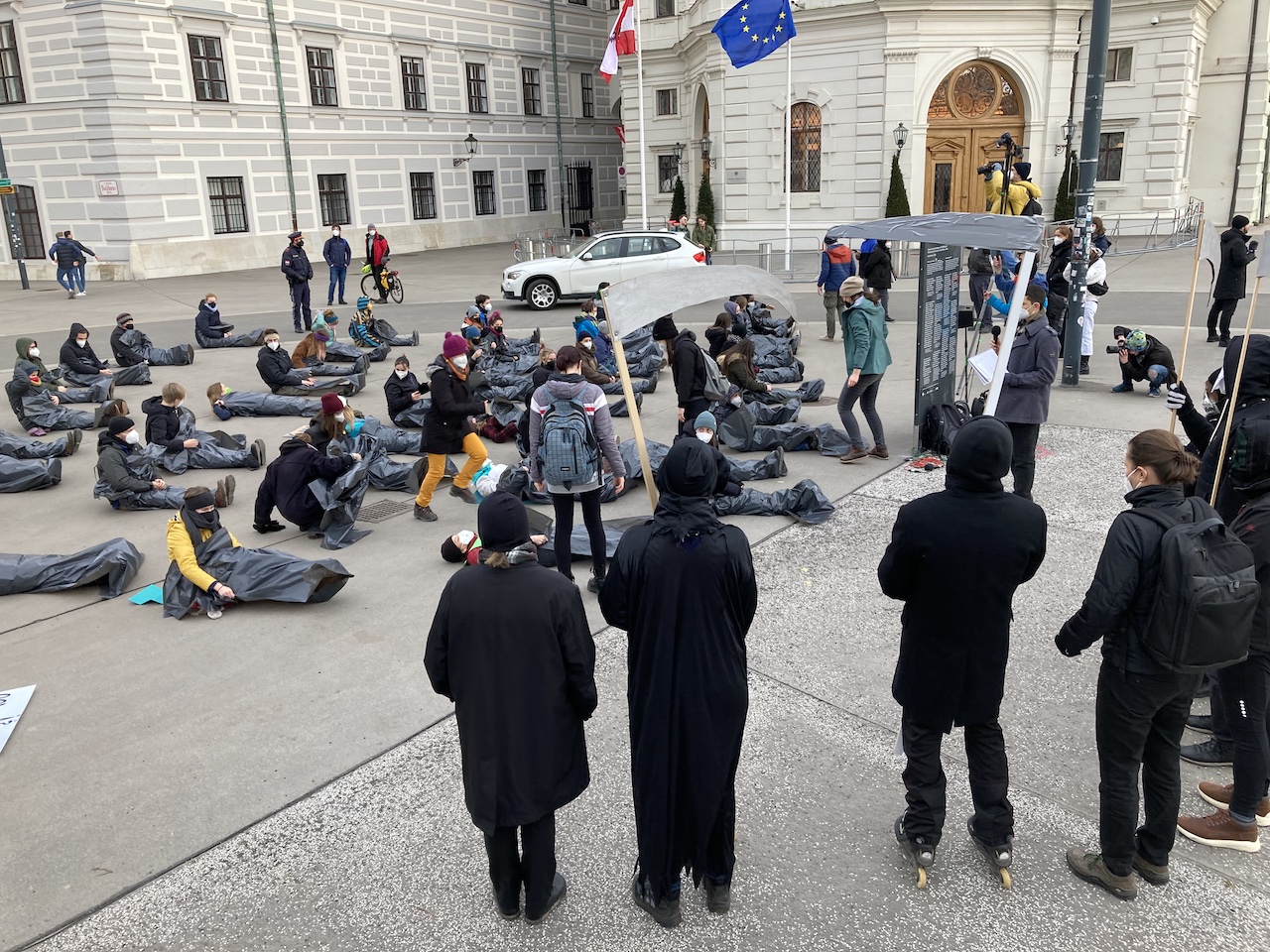 But, importantly, this question of social cost is local as well as global. If someone drives into Vienna from the countryside every day in a giant SUV, that driver might not suffer directly from the pollution he or she causes.

The carbon impact will come further down the line and hit over-heated concrete inner-city areas more than the green countryside. But the people who are less wealthy, even here in Austria, will be hardest hit by that behaviour, argues Fridays For Future activist Daniel Shams.

“Rich people will have less impact because they can adapt. For example, by buying air condition units,” he told me. “but the real victims are the people in Vienna, for example, who live close to the Gürtel highway and have a lower socioeconomic standing.”

The climate crisis is about melting ice-sheets, stranded polar bears and ravaged forests. But it also about us; how we value each other’s well-being and whether or not we believe in solidarity. 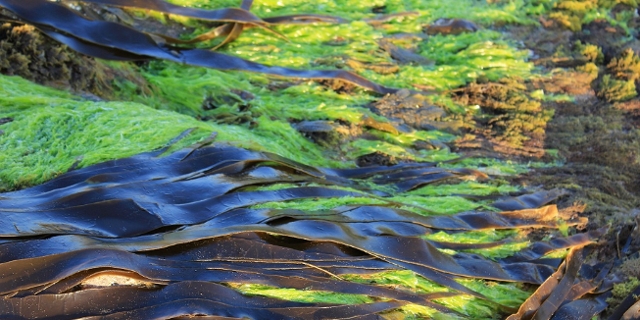 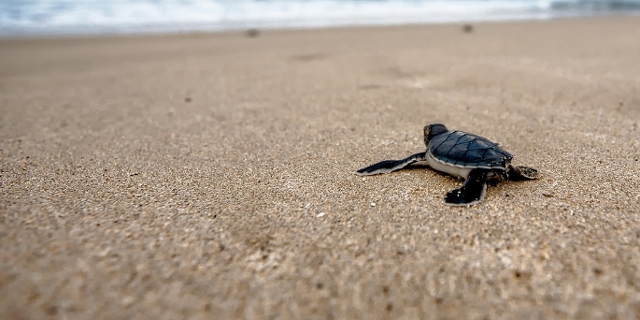 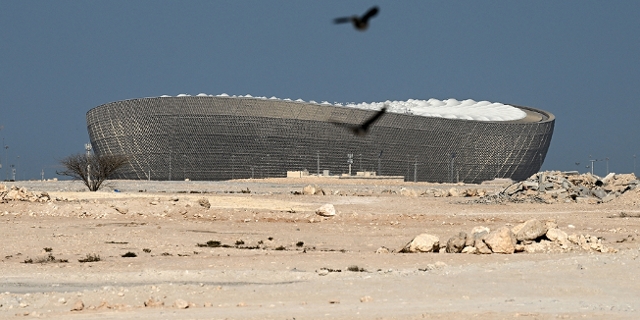 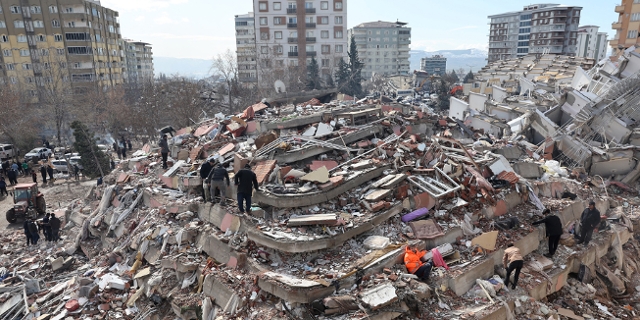 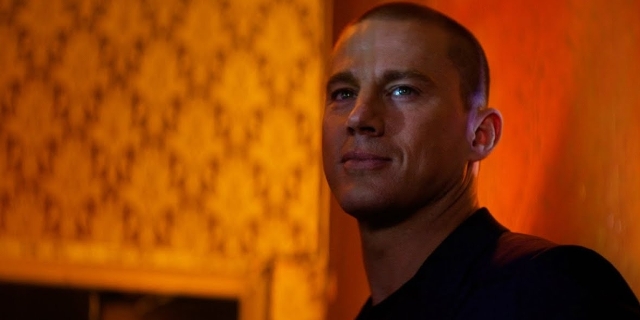 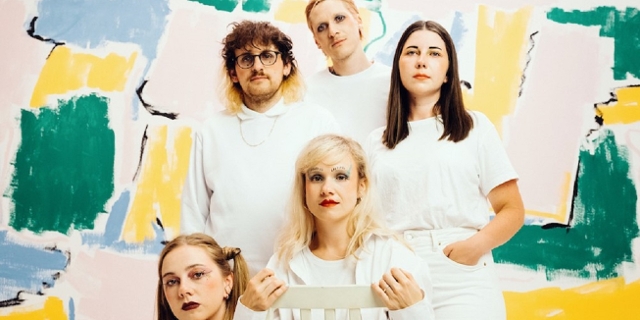 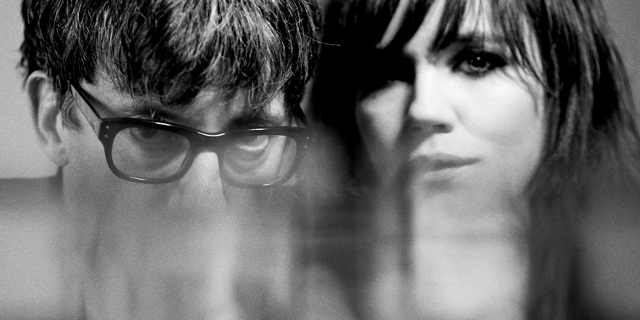