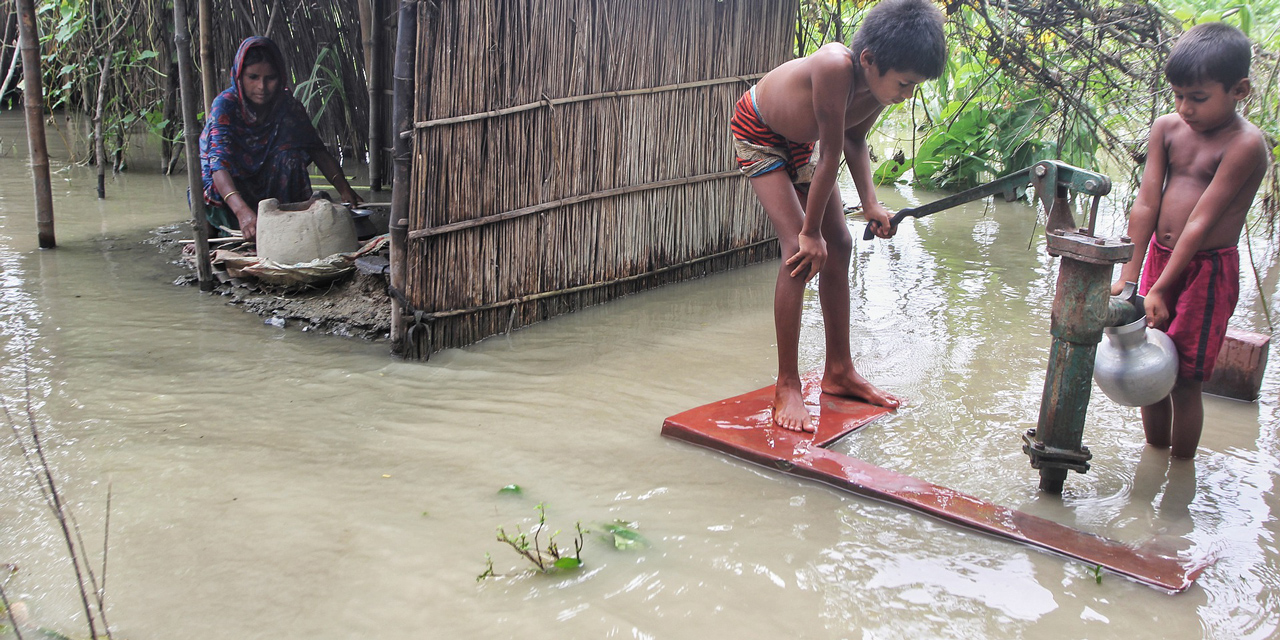 The climate crisis is forcing millions of people to leave their homes in Bangladesh. Saleemul Huq is devising safer, healthier towns to welcome them.

The climate crisis has hit Bangladesh particularly hard. Most of the country lies fewer than 5 meters above sea-level and that has made it particularly vulnerable to increasing sea-levels and storm surges.

From 2000 to 2019, Bangladesh was hit by 185 extreme weather events due to climate change. These have cost the South-Asian country economic losses of around $3.72 billion as well as thousands of lives. They have also caused an internal migration crisis.

“People are forced to leave their homes,” explains Saleemul Huq, the director of the International Centre for Climate Change and Development (ICCCAD), “particularly people from the low-lying coastal zone, which is being most badly affected by sea-level rise and salinity intrusion. And people are simply not able to grow crops any more and have to leave.”

The Curse Of Salt

You see the increasing storms and rising seas don’t just destroy houses, they also soak the agricultural fields. These causing chemical changes to the soil that hampers crop growth. Farming becomes ever harder to sustain. Livelihoods are lost. Salinity in the country’s soil has increased 26% over the past 35 years.

These salt, washed in from the ocean, is also getting into drinking water and causing serious health problems, including heart problems.

The end result of this is that whole regions are becoming uninhabitable and people are on the move. The World Bank recently predicted that the country will have 20 million internal climate refugees by 2050. In other words, one in seven Bangladeshis will have been displaced.

The ravages of the climate crisis have sped up a general pattern of rural to urban migration and that has had a disastrous impact on the capital Dhaka. “It’s the obvious target,” says Saleemul, “but there are problems if everyone just moves the capital, right?”

Bangladesh suffers from what is called the “prime city phenomenon”. That means everyone is trying moving to one big city and overwhelming its infrastructure. “Dhaka is the fastest growing megacity in the world,” says Saleem, “and another 10 million climate migrants, which is sort of the ballpark figure over the next 10 plus years that are predicted, will mean Dhaka will be bursting at the seams.”

More than 44,500 people sharing each square kilometre of space in the capital, and more migrating in from rural areas every day.

A Safer, Healthier Place To Live

Saleem’s organization, the ICCCAD, has a vision. They want to encourage the climate migrants to spread out to alternative settlements across the country that will be safer, healthier but also attractive. “We have a concept for climate-resilient, migrant-friendly towns which should attract these potential migrants to settle there and not end up in Dhaka,” he says.

He calls the idea “transformative adaptation” and the project is well underway.

A number of smaller urban centers have been chosen to be developed as welcoming new homes for those displaced by climate change. They are existing towns or small cities but they have been chosen for their potential for healthy expansion.

Making them climate-resilient involves some expensive and technical engineering work. For example, Mongla, a river town 50 kilometers upstream from the Bay of Bengal, has been provided with a 12 kilometers raised embankment to protect against flooding. Engineers have also built two new flood-control gates and an improved drainage system.

But people won’t move there unless there are jobs, points out Saleemul. So the towns have been chosen for their proximity to ports or industry or even prime agricultural land.

He believes each settlement could absorb up to 500,000 new migrants. That would mean some of the settlements doubling or tripling in size. This rapid expansion brings huge social challenges. Saleemul says the best remedy is investing in education: putting as many young climate refugees through high quality schools and colleges.

“Once they’re in college for three or four years, their fellow classmates regard them as part of their own cohort of people; they no longer think of them as outsiders. And then they graduate and get jobs, and then they can bring their own families to come and live with them.”

Saleemul points to the positive experiences South Asians have had in the USA using education as a path to integration. “Education has traditionally been a very positive pathway for immigration everywhere all over the world,” he says.

So, to recap, these new “climate-resilient towns”, new physical infrastructure to keep out the floods, job creation for the displaced and massive education programs for climate refugees - all of this sounds very expensive. So who pays?

“Well, at the moment, we are paying for it,” says Saleemul “We are paying for it and we are able to pay for it. It’s not as if we are dependent on or we cannot do anything unless somebody pays us to do it. On the other hand, we don’t have enough money, we can always do more.”

This takes us back to the theme of an earlier episode of Klimanews Weekly: climate justice.

Bangladesh was ranked seventh on the list of countries most vulnerable to climate devastation by GermanWatch recently and yet it only contributes 0.56% of the global emissions that are changing our climate.

The costs incurred by Bangladesh because of the climate crisis takes us to a very contentious aspect of the global climate debate: the concept known in the United Nations conference terminology as “Loss and Damage”.

Why should a poor country be weighed down by the burdens of a problem caused, historically at least, by richer nations?

“This problem of human-induced climate change causing people to be displaced and migrate has a global causal relationship with pollution,” says Saleemul. “The polluters who caused the problem have some level of responsibility to the victims of their pollution. And in the international negotiations, most recently at COP26 in Glasgow, this issue was raised by the developing countries for compensation, or paying ‘Loss and Damage’, as it’s called in the U.N. Framework Convention, and they didn’t get anywhere. The rich countries don’t want to pay."

If Germans get Compensation, Why Not Bangladeshis?

“The chancellor at that time, Angela Merkel, visited, she acknowledged this was because of human-induced climate change. She actually immediately gave 500 million euros,” remembers Saleemul Huq.

“That bill has now risen to well over 10 billion euros of compensation to the German citizen victims of human-induced climate change. Now we have no argument with that. That was the right thing to do as a responsible leader. But then when she came to Glasgow and we had the discussion in the COP and we asked for some money, she offered zero euros for the rest of the world, the victims of the same human-induced climate change. And that to me, is extremely unfair." 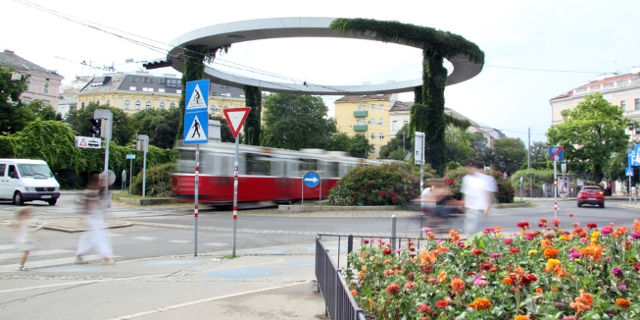 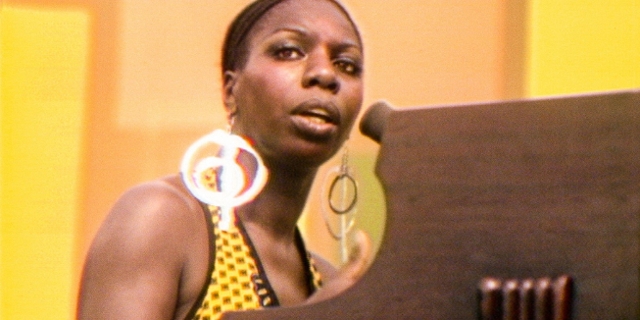 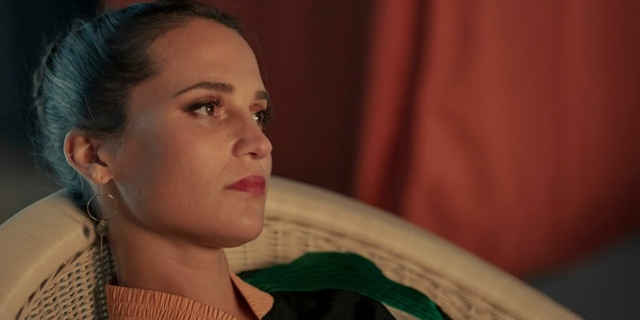 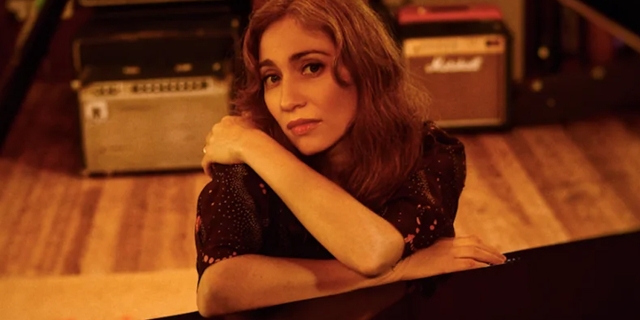