The Drip, Drip of Disaster

In this week’s Klimanews Weekly, we explore the Dark Snow of Greenland.

If you think of Greenland, you may think of endless white; a place of serene beauty. But in recent years large areas of the great northern ice sheet have been darkening. Jason Box is a professor in glaciology and climate at the Geological Survey of Denmark and Greenland. In this edition of Klimanews Weekly, Jason explains this phenomenon:

“The dark surface you can see is bare ice that has accumulated algae – microbiological activity. It’s a biome for life and under conditions of prolonged sunlight the algae can bloom.”

Algae grows naturally on the ice sheet, but it thrives under a warmer climate.

For a while it was thought the dark ice might have been partly caused by another phenomenon related to climate change.

There has been an increased frequency of wildfires in recent years. Millions of hectares of forest have burned in Canada’s Northwest Territories and in Russian Siberia. However, research suggests that this soot, although a major issue for climate change, may not be the biggest problem for Greenland.

“Black carbon from wildfires can darken snow and it is a considerable factor,” says Jason. “It’s impossible to see. But it’s still there and it has an impact. But what surprised us in 2021 wasn’t about the snow cover, but lower down on the ice sheet where you have bare ice. This bare ice gets very dark because microbial activity from single-celled green algae. the ice algae are hydrophobic. That means they don’t wash away and so they can accumulate at the surface of the ice sheet.” 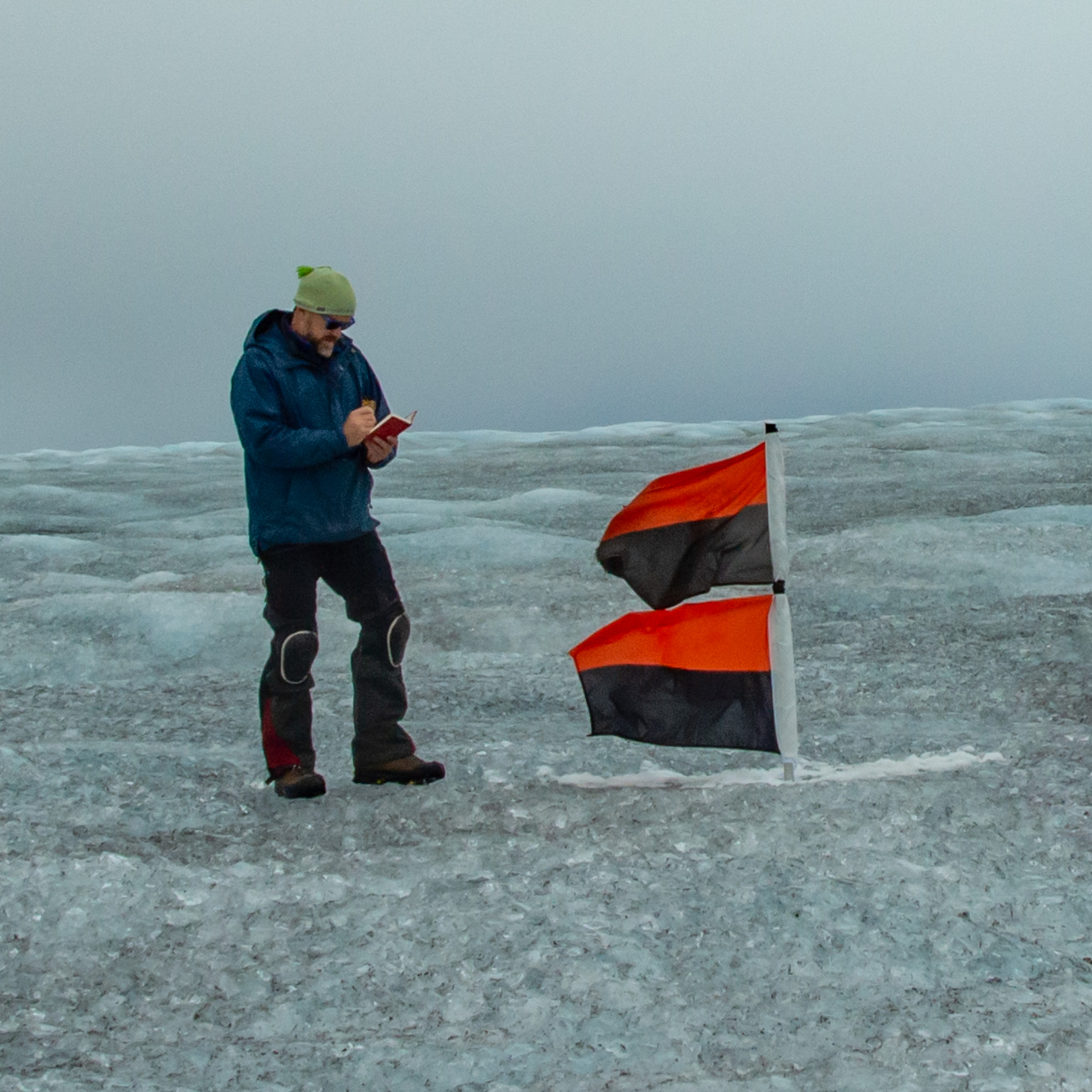 You don’t need a degree in climate science to realize why this is so concerning: if you wear a white hat in the strong sun, it helps reflect away the sun’s rays and you feel cooler. A black hat, on the other hand, absorbs the rays and your head can being to sweat and feel uncomfortable.

Through human-caused global warming, we are effectively staining our planet’s reflective white cap. We are impairing its cooling system. And this is important news for us all.

“The Arctic is like the refrigeration system for the global climate system, and when the Arctic loses its reflective ice cover, the Arctic heats faster,” warns Jason. “This destabilises weather patterns affecting the world through altering weather circulation patterns. In other words, contributing to droughts, heat waves, flooding; all of these extreme climate events”

The Arctic region is already heating up more than 3 times faster than the rest of the planet and last year, 2021, Greenland’s melt problems hit global headlines. 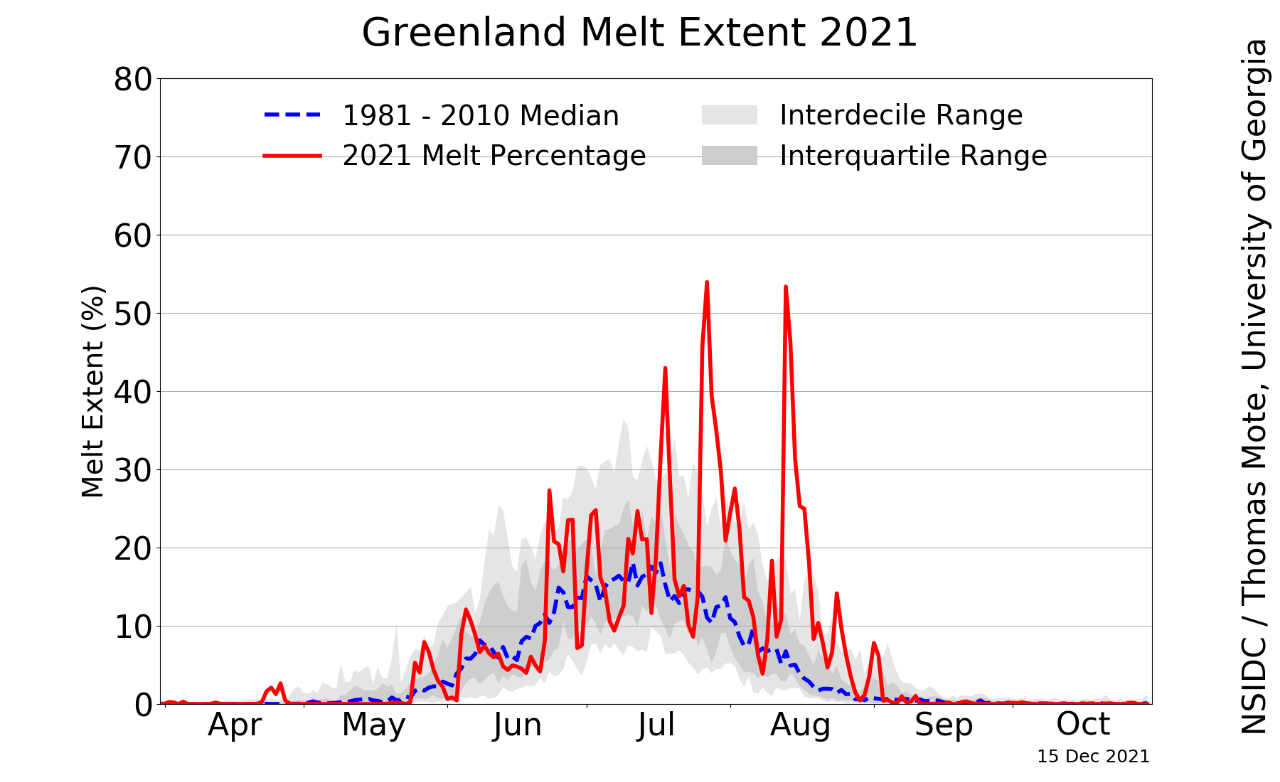 In August, the region experienced one of the latest-occurring melt events on record. Also, for the first time in its modern history, rain fell for several hours at the highest point of the Greenland ice sheet. The area is over 3,000 m of altitude and rain had never been observed there before.

“I’ve been studying the 2021 rainfall event, and the bigger story, turns out, is actually a heat wave,” says Jason. “The rainfall was preceded by a heat wave and after the heat wave and the rainfall, the surface remains dark or darkened because of the melt effect. Melting has a kind of a permanent darkening effect on bright snow cover. And so, after the heat wave, this darkened snow cover could then absorb more sunlight, leading to quite a lot more melting than there would have been without this darkening effect.

So there is a feedback system here; a sort of vicious circle. As the climate warms, the area that the algae can grow in will expand across greater areas of Greenland ice.

Then the darken areas will absorb more heat, leading to more melting. And when snow melts there is a darkening effect, so the process continues.

These are the sort of scary changes that we can’t afford to ignore, warns Jason:

“The whole climate system is becoming destabilised because of what’s happening to the Arctic.”

Yet we have been largely ignoring this omens. Jason has been raising the alert for years but has then watched on in dismay as political leaders have shown insufficient political leadership in reacting to the threat. 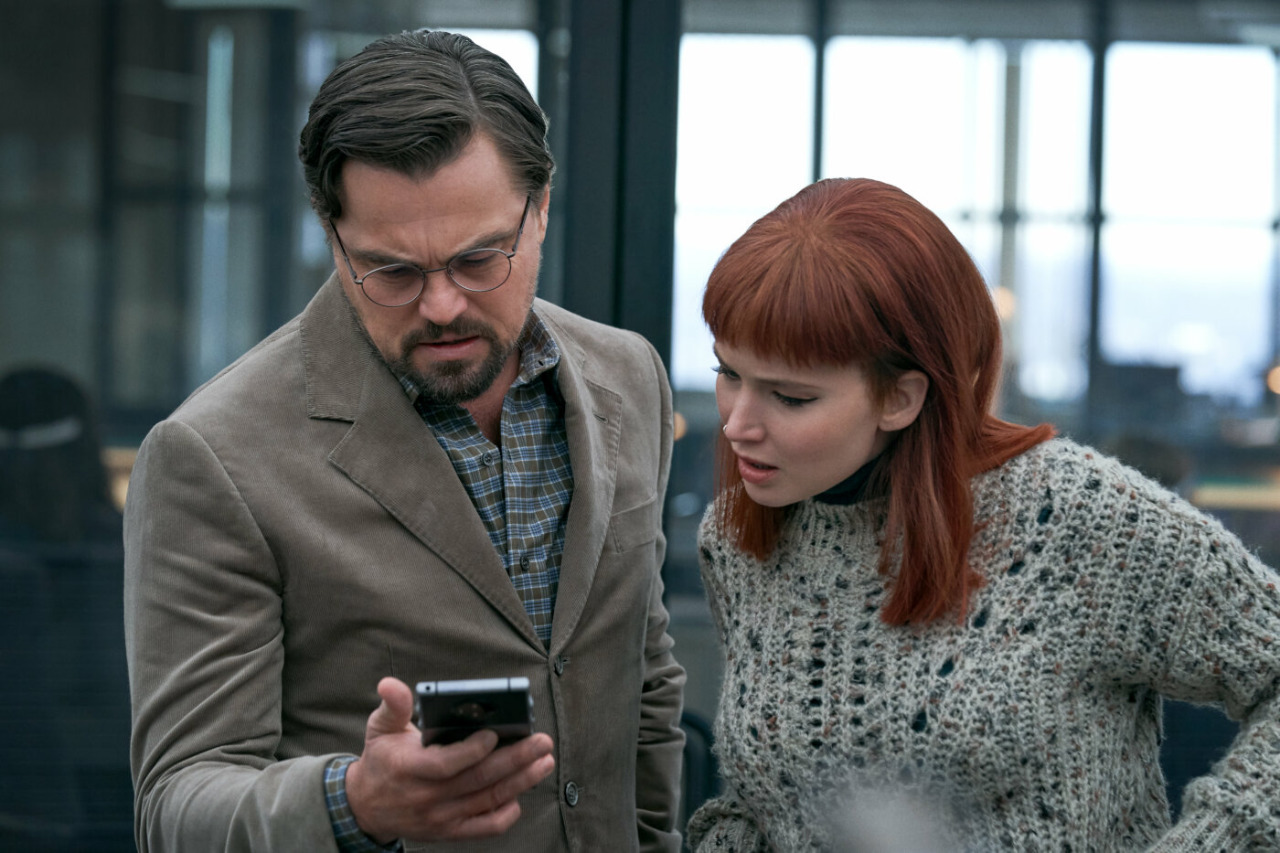 That’s why Adam McKays’ recent dark climate satire Don’t Look Up hit a nerve with Jason and many of his colleagues. The much-discussed film stars Leonardo DiCaprio and Jennifer Lawrence as scientist attempting to warn the world about an apocalyptic disaster. When they present their research they are horrified that is met with a culture of indifference.

The politicians who the scientists warn are short-sighted, vain and only interesting in their polls not the poles. The media, meanwhile, is hopelessly superficial.

Does this sound familiar?

A Cry of Outrage

In the film the threat is an Everest-sized comet hitting the earth rather than climate meltdown but the analogy to climate science is about as subtle as George Orwell’s communist pigs in Animal Farm. We know what the film is really about.

It has been accused of being not funny, but that is because it is basically a cry of outrage masked as a comedy. 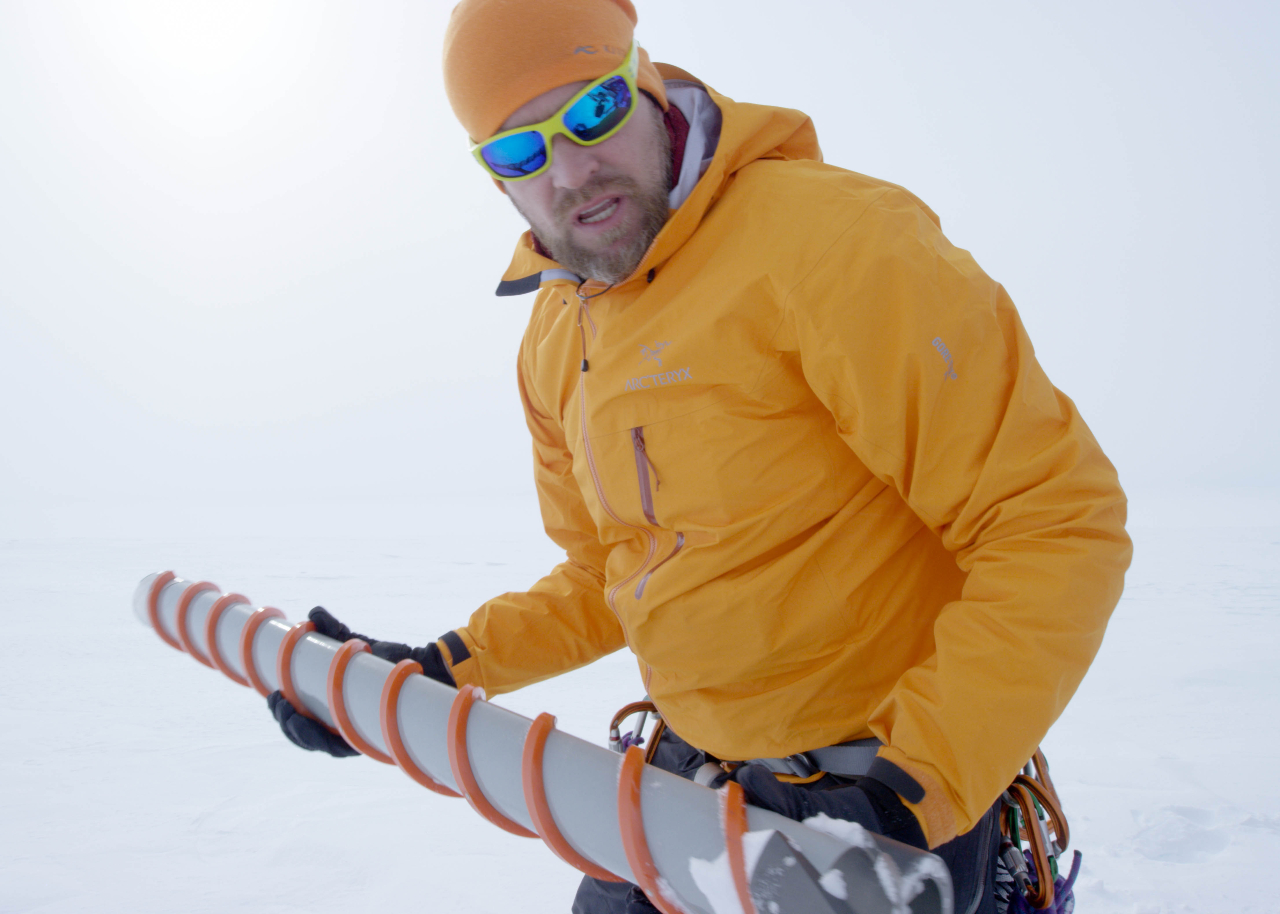 Jason says he recognize his own life-story in the tribulations of exasperated scientists in the film. And while he does lose sleep over the ever worsening climate and ecological breakdown, he says he has managed to transform his anxiety into a personal motivation to make those warnings more vivid and far-reaching:

“My attitude now isn’t so much anger. It’s an enhanced drive to put out the science into mass communication channels. The idea being that the more that the public is informed by expert witnesses, the more the public can make informed decisions and elect leaders that are going to take the climate and ecological crises seriously.”

Let’s hope the message finally gets through. 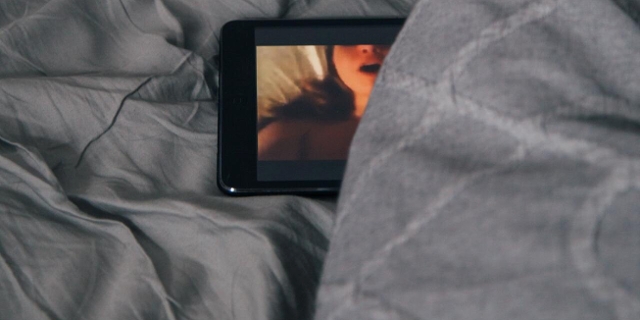 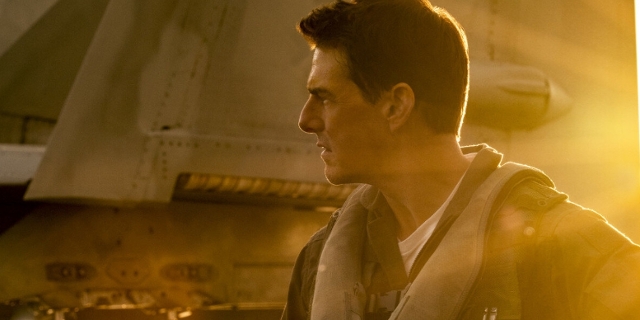 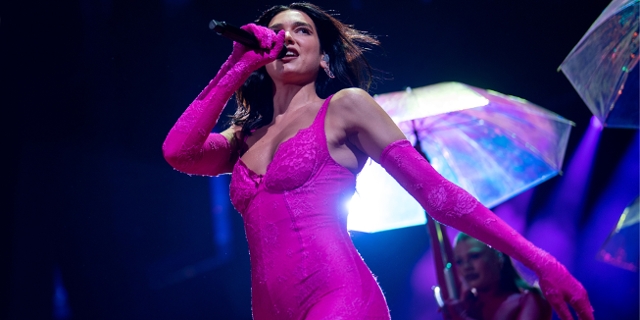 Was machen eigentlich Intimacy-Koordinator*innen am Filmset?