We desperately need domestically produced renewable energy in Austria. We’ll have to make some sacrifices. But does that justify flooding almost pristine valley?

This brutal year of war, climate crisis and cost of living crisis has taught us two urgent lessons.

Firstly, it has taught us that we need to speed up our transition from fossil fuels more quickly. They are delivered by unstable demagogues liable to hold us to ransom. Also, and this is the biggest „also“ in history, they are destroying our planet.

But this year has also taught us there is no magic wand for us there; the transition will be complex and demand compromises and sacrifices.

But should we sacrifice the Platzertal in Tyrol? This quiet high-alpine valley of jagged peaks and rushing streams is home to important boglands and biodiversity. “We are in a very ecologically unique place,” says Marianne Götsch of the WWF who has taken me on a hike on a mossy path through the majestic landscape.

“This valley is in a very near natural state," she tells me as we hike upstream. "You have a river meandering through the bed of the valley, making its freeway, having gravel and sandbanks, which are a habitat for dozens of endangered and protected species.” 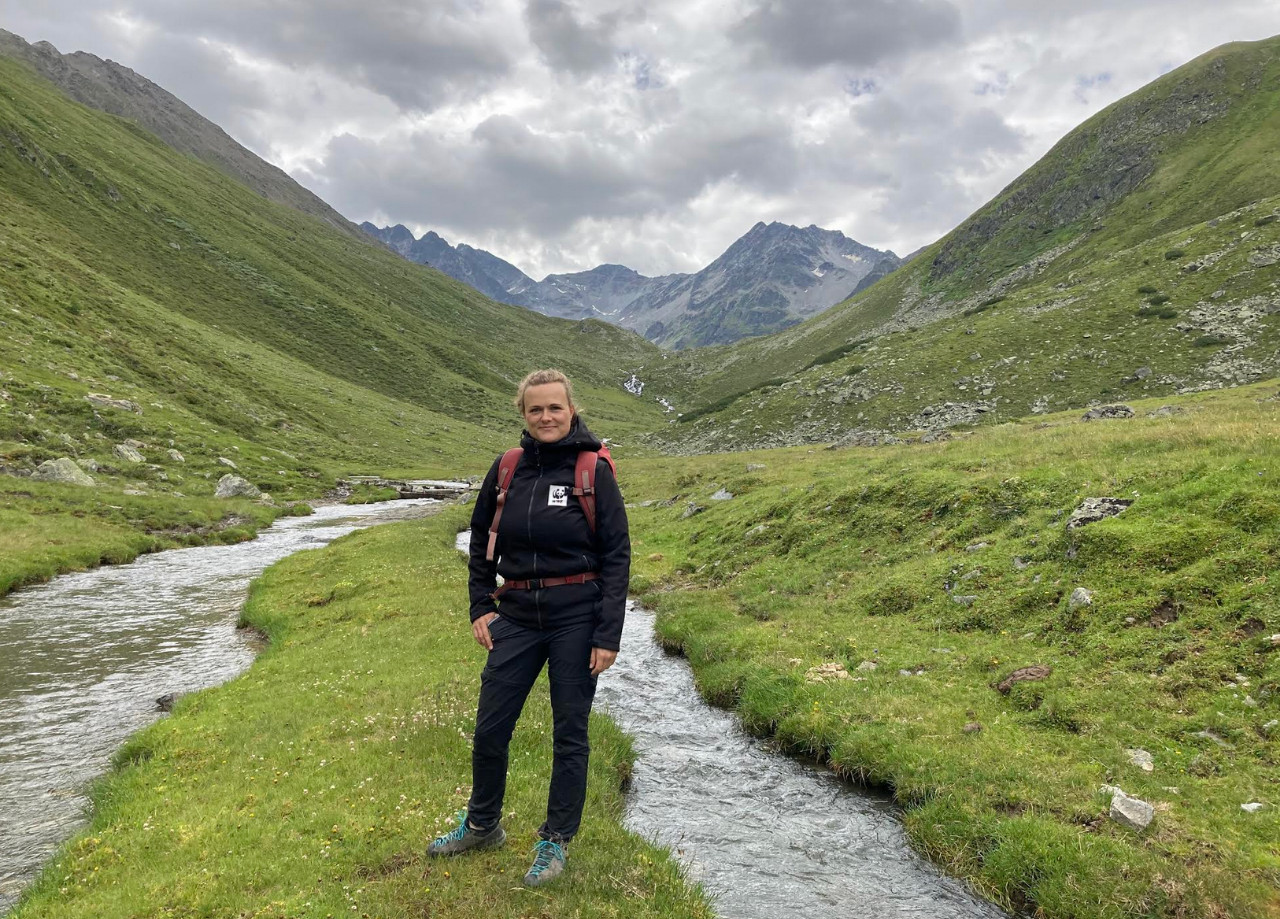 Free From Carbon and Putin

It is certainly gorgeous. But the energy company TIWAG says all this must go to satisfy our growing need for electricity.

It plans to dam the valley as part of a giant hydroelectric power project that will help power Tyrol for future generations with renewable energy that is made here in Austria. That means it would be free both from carbon and the frightening machinations of fossil fuel autocracies.

The giant Kaunertal expansion project will take a decade to build but, eventually, is planned to generate 787 million extra kilowatt hours (kWh) per year from natural inflow. If this is used as an alternative to fossil fuels, TIWAG says, this scheme will save about 300,000 tons of CO2 emissions per year.

When I meet him in his offices, overlooking the Landhausplatz in Tyrol’s provincial capital Innsbruck, TIWAG’s Johann Herdina tells me Austria will need far more hydropower, particularly to power all our vehicles with renewable electricity in the future rather than petrol or diesel.

“You have to think that only 25% of our energy consumption is electricity, 60% is gas and oil,” he reminds me. “And if we want to take out the gas and oil, we need to have the equivalent amount of electricity. That is the large challenge. We will have to build lots of plants producing renewable energy.” 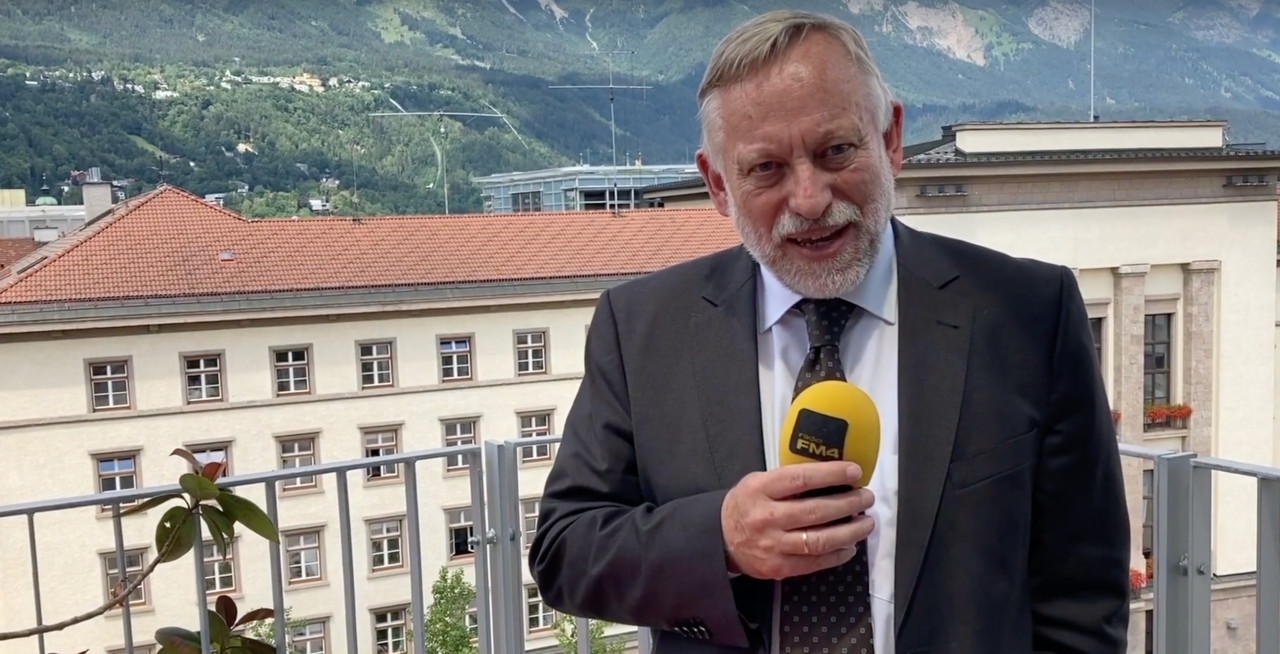 That’s a fair point. If we want to change the power source of traffic, rather than (more sensibly) reducing traffic, and if we are going to swap gas boilers for electric heating, we are going to need new sources of electricity.

Herdina argues one big project is a lot less damaging than lots of small-scale projects. But this is a very big project indeed:

Extra water would be brought via tunnels through the mountains from the neighbouring Ötz valley and the dam wall itself would be 120 metres tall. “That’s almost as high as the St Stephen’s Cathedral in Vienna,” points out Marianne. She points to a mark on the steep hillside far above our head. “Everything behind there, the whole valley would be flooded. Everything below would be withdrawn from the water that is running freely up until now.”

When Is Enough Enough?

Austria, the land of rivers and mountains, has traditionally focused on hydropower. There are already more than 5200 hydropower plants in Austria, of which 1000 are in rugged and wet Tyrol. The majority of rivers are to some extent harnessed to create power.

This has massively impacted the beauty of the landscape, of course, but it has also strangled rivers and massively harmed biodiversity. Scientists say the die-off of species deserves at least as much attention as the climate crisis and warn us not to choose between biodiversity and climate. We need both.

This year the WWF initiated the Kaunertal Declaration, which demands an immediate stop to the project and a government commitment to protect Austria’s “last ecologically intact Alpine rivers.”

The declaration, co-signed by 30 other organisations including Global 2000, the Alpenverein and Fridays For Future, calls for an energy transition that is compatible with nature. 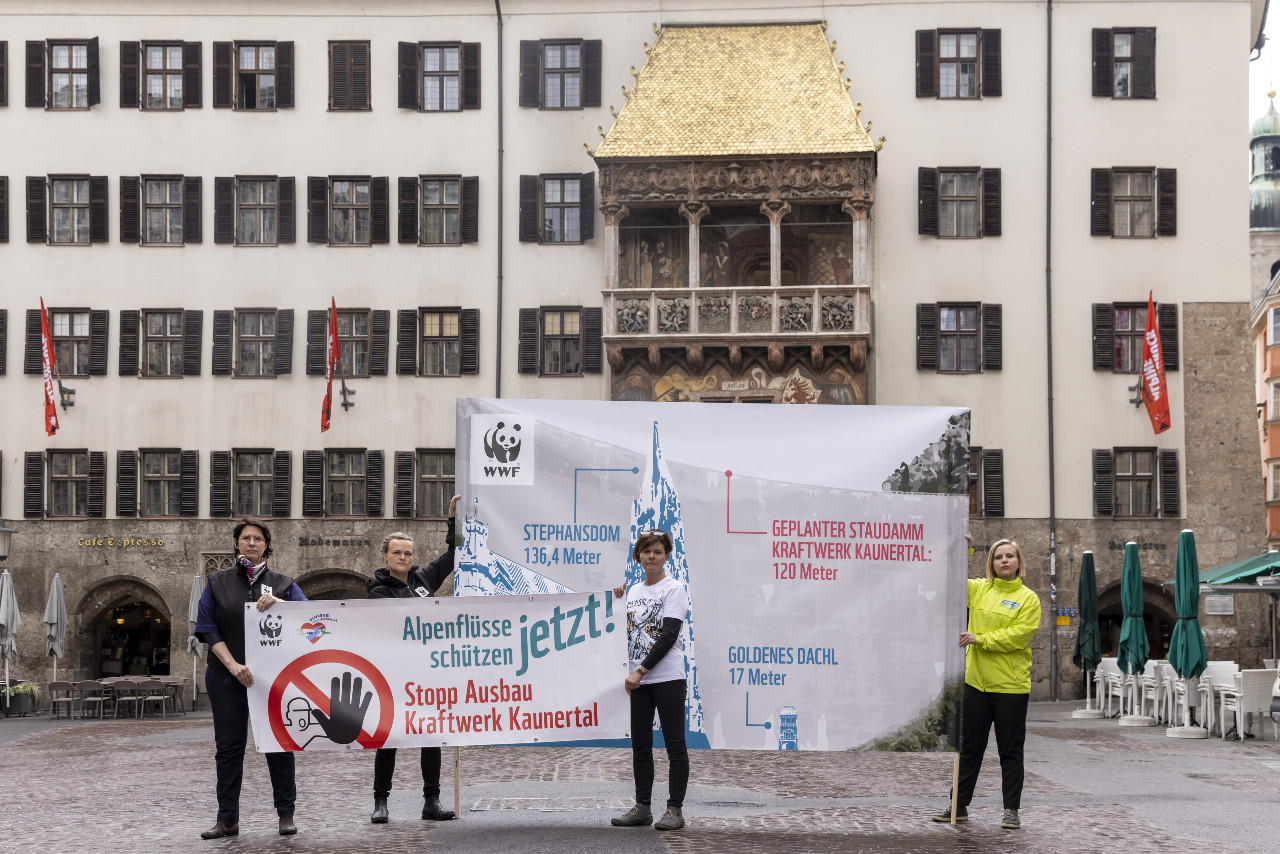 Herdina says we don’t need to choose between nature or climate protection but he says we do have to be pragmatic and flexible.

“Hopefully we will be able to save the climate from climate change, but also save biodiversity. But I think we have to make compromises sometimes in certain places.”

Hydropower? Yes. But Not At All Costs

So are the conservationists being inflexible? After all they also oppose nuclear power and urge action on climate change. Surely something has to give?

“The WWF is not against hydropower in general. Not at all,” declares Marianne Götsch. “Hydropower plays an important role, of course, in electricity production. But still, that doesn’t mean that we need to expand hydropower at any cost.”

She says we have to choose products carefully, check for nature friendliness and nature compatibility. The Kaunertal project, she says, fails that test. “It is a destruction of nature that is not sustainable.

As well as the dam, the WWF objects to the plans to divert water, via an elaborate tunnel system, from the glacial rivers of neighbouring Ötztal.

Marianne Götsch says water is also biologically important. “The Ötztaler Ache is one of the few remaining glacial rivers where you can still see the natural flow dynamics of a glacial river," she says. "It’s in the upper parts in the tributaries where the Venter Ache and Gurgler Ache still in a very good ecological state, which is a rare thing in Austria because only about 15% are in such a good state.”

She says it is particularly damaging that the water is taken from the rivers and not replaced lower down stream: “The Ötz valley will suffer from this water withdrawal, especially in times of the climate crisis. It’s very important to keep the water in the valley, not only for the ecosystems depending on the rivers, but also for people who might depend on water more heavily in the future.”

The issue of climate related water loss might become the Achilles’ heel of the hydropower industry. As temperatures soared this summer many European hydro plants suffered from dwindling water levels and had to curb their power output or even shut down entirely.

Although Austria didn’t suffer as badly as Italy, Portugal or Spain; and although mountain areas such as the Kaunertal suffered less than eastern provinces of Austria, changing weather patterns are a headache for energy supply planning.

The extension of the Kaunertal hydro power plant will take water from melting glaciers, and sadly it was another big melt year for the Alpine glaciers and, in one of those climate paradoxes, this has helped power mountain hydropower. But the melt can’t continue indefinitely; science says many of the glaciers will disappear this century: 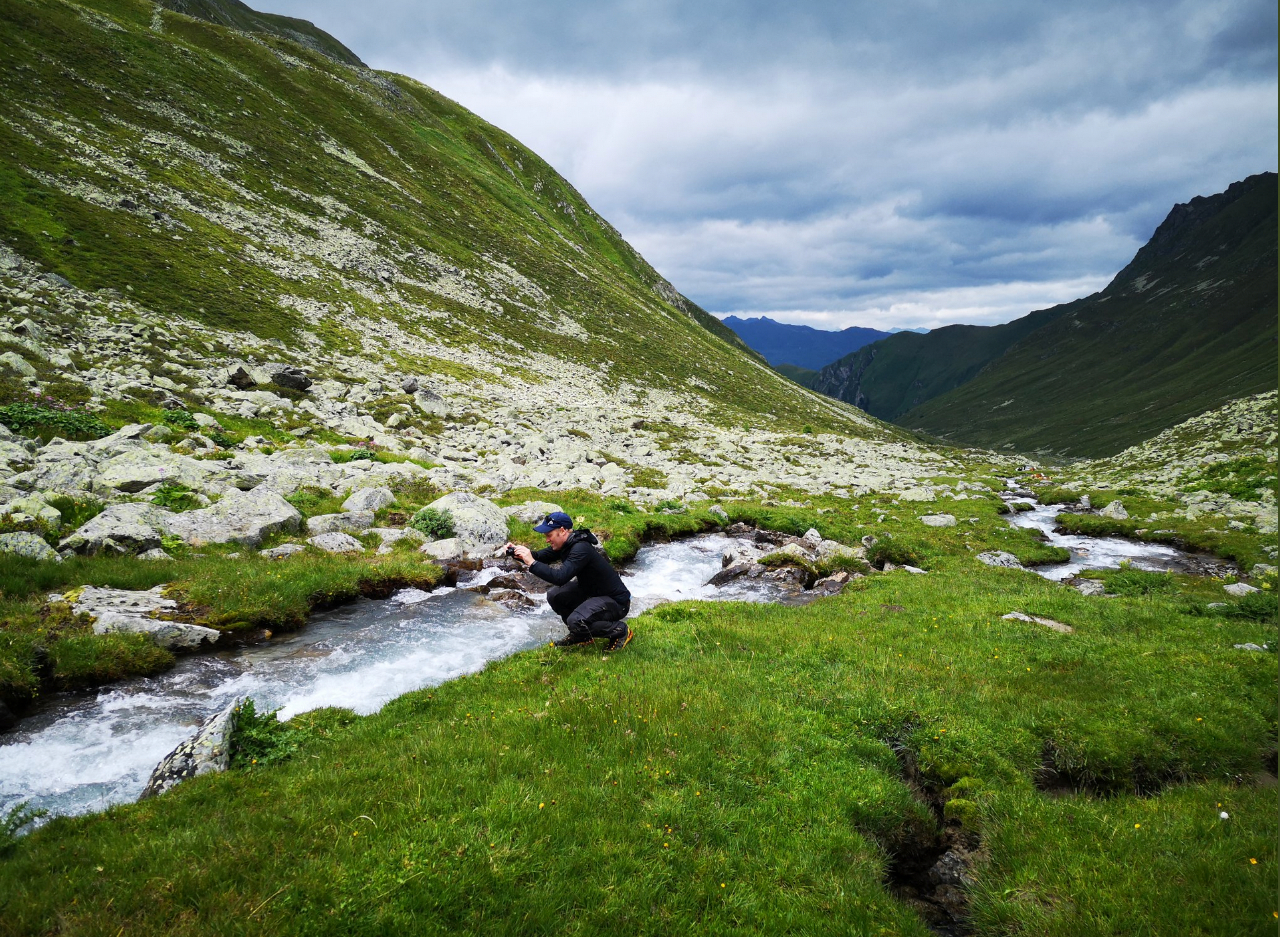 “We know about the melting of the glaciers, of course,” argues Johann Herdina. “In all our environmental impact studies we had to put forward for getting the authorization for the project this is one of the central concerns: Is there going to be enough water also in future? It is true the glaciers are melting but we will have many more heavy rain storms in summer. That means we will have much more flooding problem in some valleys.”

Therefore, he argues, TIWAG can help the communities and nature. Because it will have the ability to take water from these high-alpine rivers when too much rain comes, Herdina argues, the project will help avoid flooding in the future. “It’s only in the summer months when there’s really lots of water in the river that we take out and that is absolute maximum of 80%. But then there’s still very much water left in the river.”

It’s not just the water sports enthusiasts lower down the Ötz Valley who are concerned about these plans to interrupt the flow, however. Marianne Götsch says there is simply too much uncertainty hanging over the rainfall patterns:

“If the hydropower project is approved, then it will be approved for the next 90 years. We do not know what is to come in 90 years. What we do know is that water is vital for our existence and if we allow TIWAG to withdraw that water, that might seriously affect not only nature but communities in this valley.”

The conflict between electricity production and nature protection is clearly going to be a big part of our future.

Johann Herdina says that in 2020, TIWAG came up with an ingenious mitigation solution. They transferred some biologically important turf from a fenland area (a swamp like area) to a different location in order to make way for a hydropower project in the Kühtai valley. They took thick turf sections, including the insects that lived there and then simply transplanted them to an area that was safe from from the hydroelectric project.

I can only describe it as being a bit like a skin graft or a hair transplant and tea bags. Herdina is very proud of the results.

“We have just shown with the project in Kühtai that we have transplanted one of these biologically important places into another place and it has worked perfectly.” 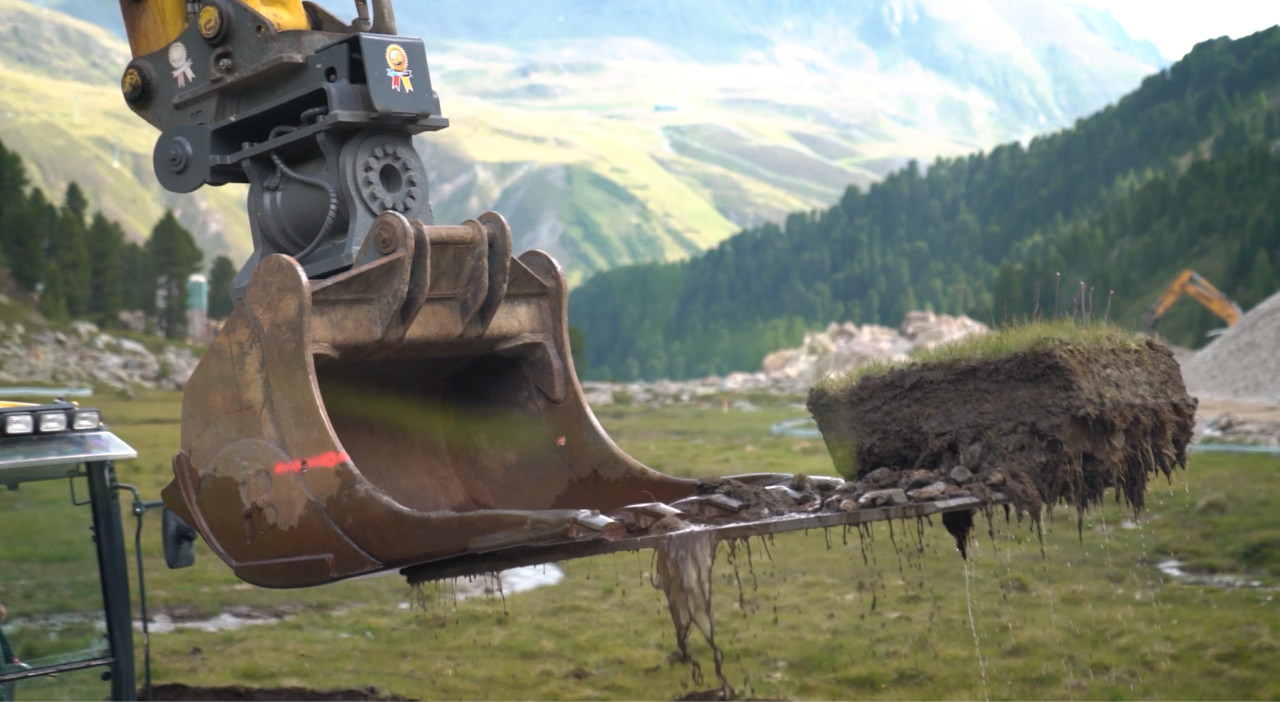 Marianne Götsch scoffs at the project, arguing that sensitive ecosystems are too complex to be treated that way.

What Are The Alternatives?

But we can’t heat our homes or power our lives on complaints and objections alone. If Austria say no to this project, then we’ll have to find the renewable sources of energy elsewhere. But where?

Marianne Götsch points to a study from Greens politician Gebi Mair that suggests all 2 billion euros that are due to be invested in the Kaunertal expansion project would better invested in covering Tyrolean roofs with solar panels.

“If the same money was to be put in photovoltaic energy,” she says, “you could have more energy and faster and with less problems and conflicts with people and nature.” 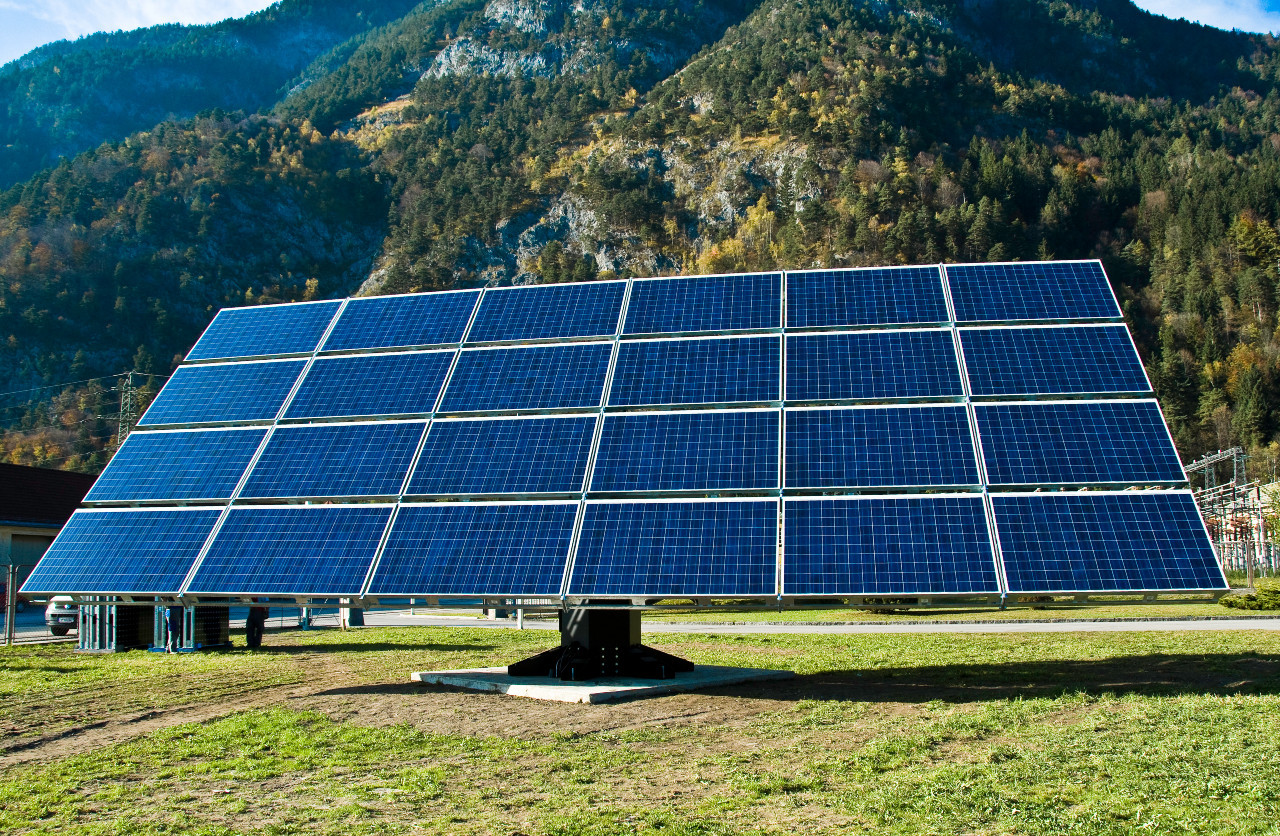 Photovoltaics (PV)is poorly expanded in Tyrol - at the moment 95,5% of the renewable energy production in Tyrol comes from hydropower, only 1,5 % from PV. Herdina points to issues with permits on private properties and problems of roof-loads causing by the wetter snow of modern winters – another byproduct of the climate crisis. He says TIWAG has a big investment plan in solar but that hydropower expansion must remain part of the mix.

Why don’t we just reduce consumption?

High up in the Platzertal I meet a herder called Matthias, who spends his summer up here in this magnificent, if lonely, valley looking over his cows. He says the loss of this landscape would be very sad and a waste. Once the valley is gone its gone, he says, and the voracious way we consume and, indeed, waste energy means that, unless we change our behaviour, we will never be satisfied. Irreplaceable nature will be destroyed so that we can plug more and more things in. 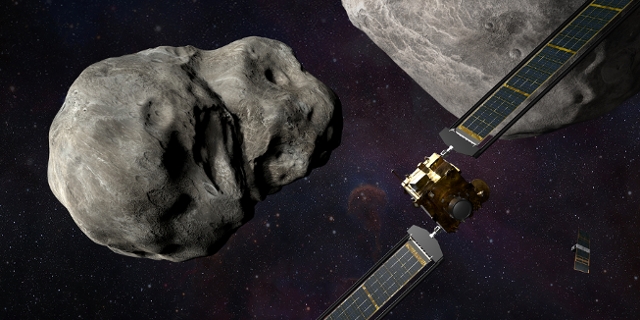 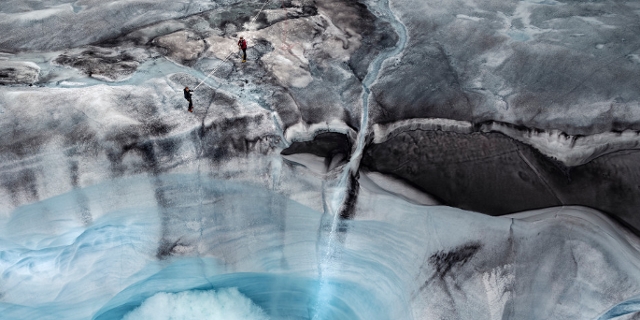 „Into the Ice“: a vital climate thriller 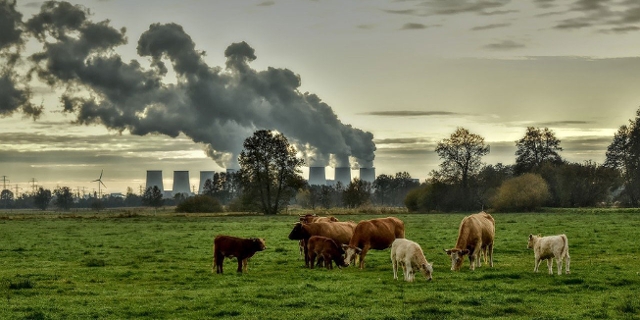 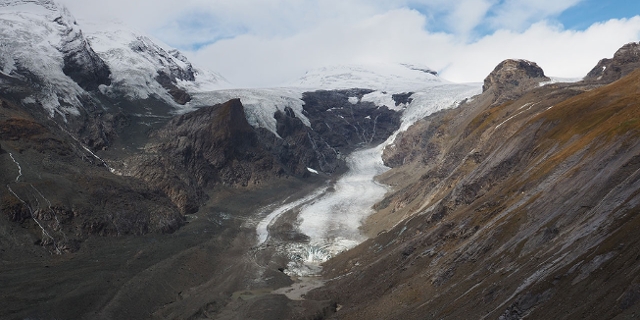 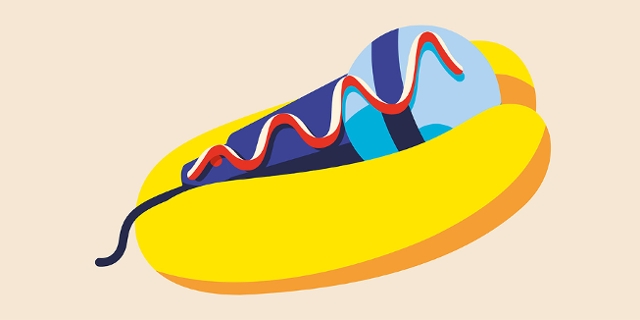 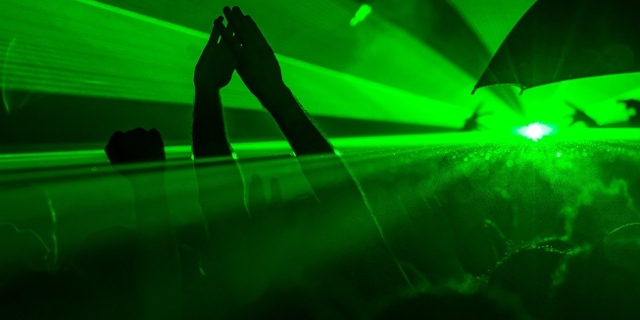 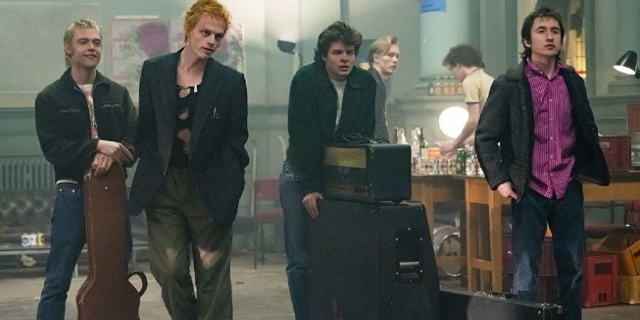 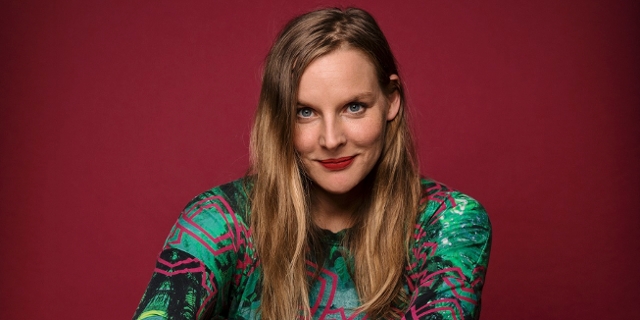