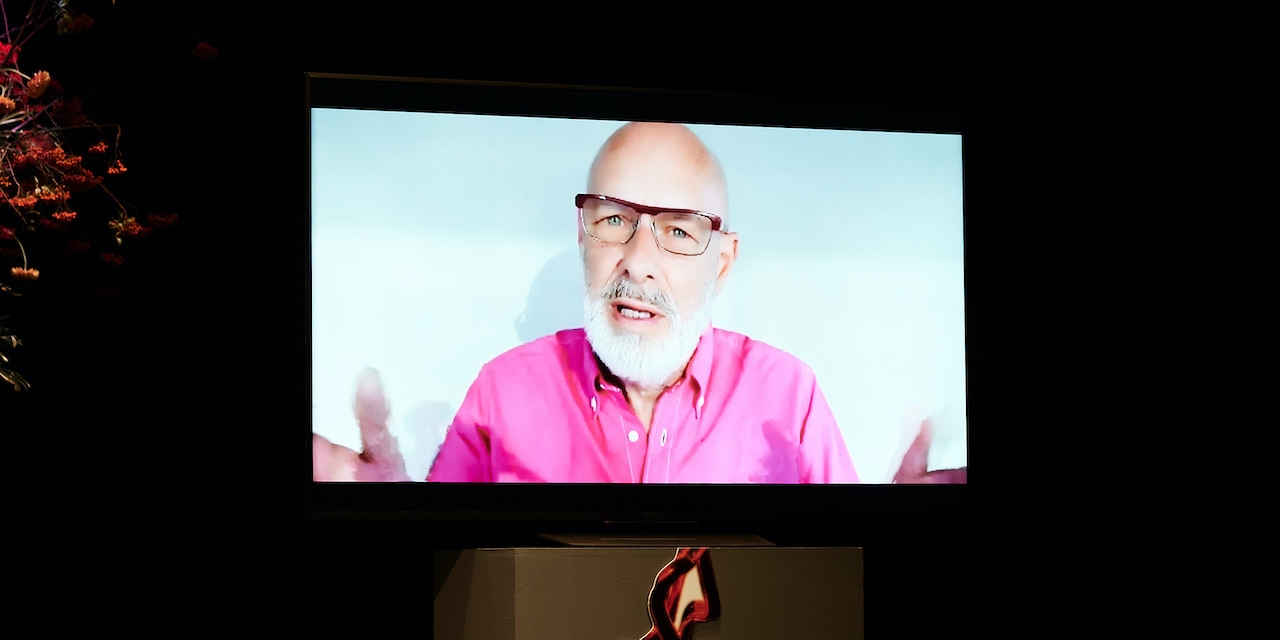 For this year’s Elevate Festival, the acclaimed producer and ambient music pioneer Brian Eno brought his generative art installation „77 Million Paintings“ to Austria. He also joined Johnny Bliss on stage for a wide-ranging talk about many of the most important issues of our day, which broadcast yesterday in a special hour of FM4’s Im Sumpf.

For several years now, Brian Eno and I have been going back-and-forth about finding the right time and place to sit down for an interview; amenable as he was to doing it in theory, in practice it always just seemed too complicated to coordinate between his team and mine, and I’d begun to despair that it would never actually happen. 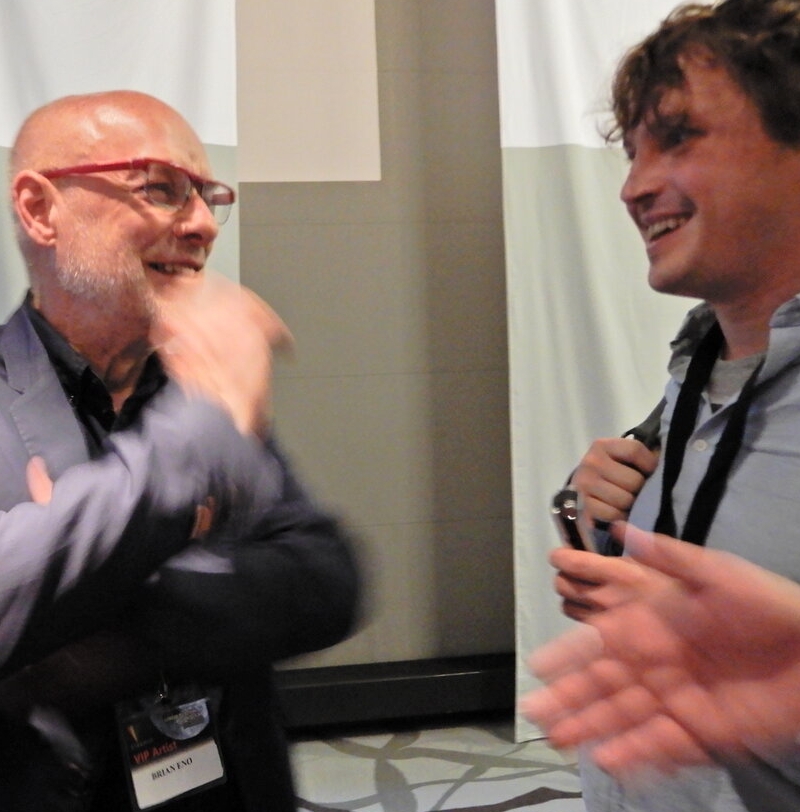 Fun times at the Starmus Festival (2019)

As Elevate is one of my favourite Austrian festivals and Brian is one of my favourite producers of both popular and experimental music, I jumped at the opportunity to participate in some way, making my desire to be involved known to everyone concerned very early on, and quite possibly ever-so-slightly overselling the depth and intimacy of my friendly acquaintance with Brian.

And, well, it worked. Before I knew it, I was writing articles and plotting out the shape of a one-hour live festival event at the Next Liberty youth theatre in Graz. Brian would join via videostream, and for up to an hour, the two of us would talk in front of a live audience.

As an extended part of this year’s Elevate Festival in Graz, Brian’s „visual music“ generative art installation 77 Million Paintings will be playing (mostly) continuously all month, until the 28th.

On some level, I admit I was initially a little terrified as the enormity of what I was doing dawned on me. But I needn’t have been. Brian, joining us from Greece where he’d just done a rare live concert at the Acropolis, was in a great mood and had plenty of intriguing stuff to say, no matter the question I lobbed at him: whether it was about how the nature of music has changed with the advent of modern digital technologies, or what our societies can learn from slow-moving generative art, or even how we can take lessons from the pandemic and apply them to the climate crisis. All these topics he took in stride and addressed with joviality, focus and honest-to-goodness passion. 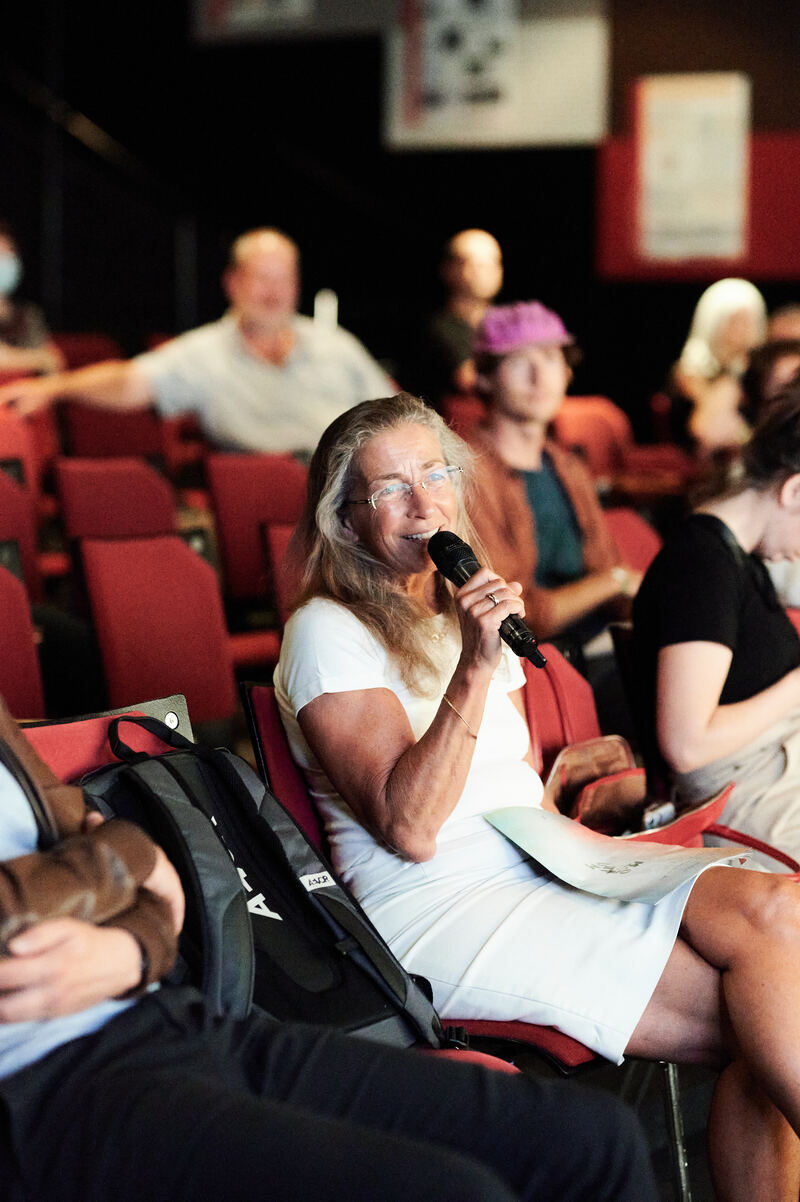 Even the audience Q&A, which I’d been most concerned about - because all it takes to derail a good talk is one heckler-type - went great, thanks to a polite and well-informed audience whose questions provided excellent creative fodder for Brian to engage with.

Overall, it was a great event and I encourage you to check it out in all the ways that are available: first and foremost, I encourage you to listen via the FM4 Player to last night’s special „Eno hour“ of Im Sumpf. Then you should consider watching the Elevate festival’s livestream video of the event. And lastly, I encourage you to keep reading right now, because here are some of my favourite moments from my talk with Brian Eno.

On Preparing a (rare) Concert at the Acropolis in Greece, as Massive Wildfires Loomed in the Distance

"The day before we played, it reached forty five degrees. That is the hottest I’ve ever been. And where we were rehearsing that day, the ashes were settling on our keyboards. And then we heard that the fires were only about ten kilometres away! It was pretty awful, actually.

„I enjoyed doing the show but the amount of work preparing it was so ridiculous. We were preparing it through COVID and Brexit. You might not realize because you still have the sense of being in Europe, what Brexit meant. It meant that every piece of equipment had to have a special authorization to go to Greece. We had to get visas. It was absolutely catastrophic. The disaster that the British government made with Brexit is now starting to become very clear. I am so sorry that we left Europe as I still feel myself to be European.“ 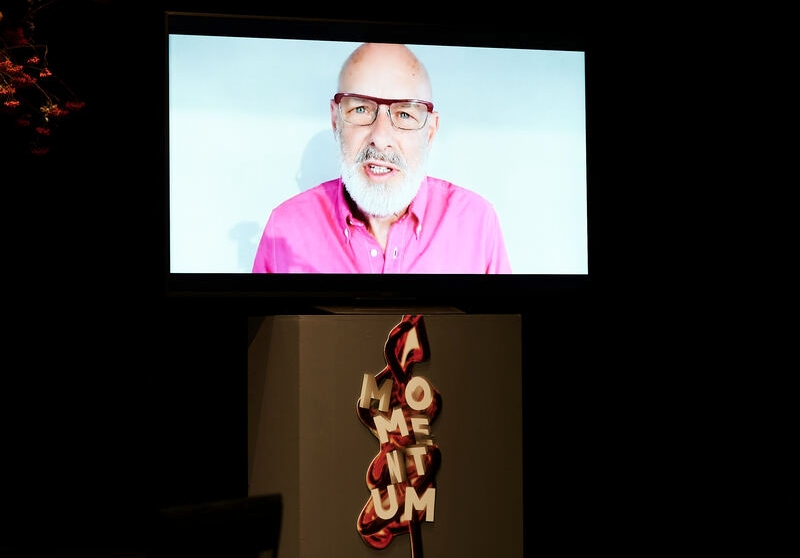 "The images that I am using [come from] a large bank of images which are collaged together electronically and there are enough images that those collages could never repeat. So it’s always generating new permutations. And the basic images are ones that I’ve been creating over the last nearly forty years. So there’s quite a long time built into those pieces.

"So I sow the seeds in this garden and then I watch them grow. And of course I don’t really know what’s going to happen. I know what the ingredients are, I know the rules of the program, but there’s enough complexity there to ensure that it’s always going to generate surprises. And it’s the surprise element that I like. I like, for instance, the fact that this thing is playing now in Austria and I don’t actually know what it’s playing. It’s doing things that I will never see, that I will never know about. So it has its own life separate from me, really.

„The rate of change is very slow so you don’t really see anything changing at the moment that you’re watching, you just notice at some point that it has changed. You know, a lot of the emphasis of modern media is on stimulus. It’s gotta be fast, it’s gotta keep you engaged. American television is like that the whole time. It’s like somebody constantly poking you in the shoulder, [saying] ‘wake up, wake up, wake up, it’s still exciting, come on, keep watching!’. I wanted to do the opposite of that. I wanted to make something that says to people, ‘nothing much is going to happen and it’s lovely.’“ 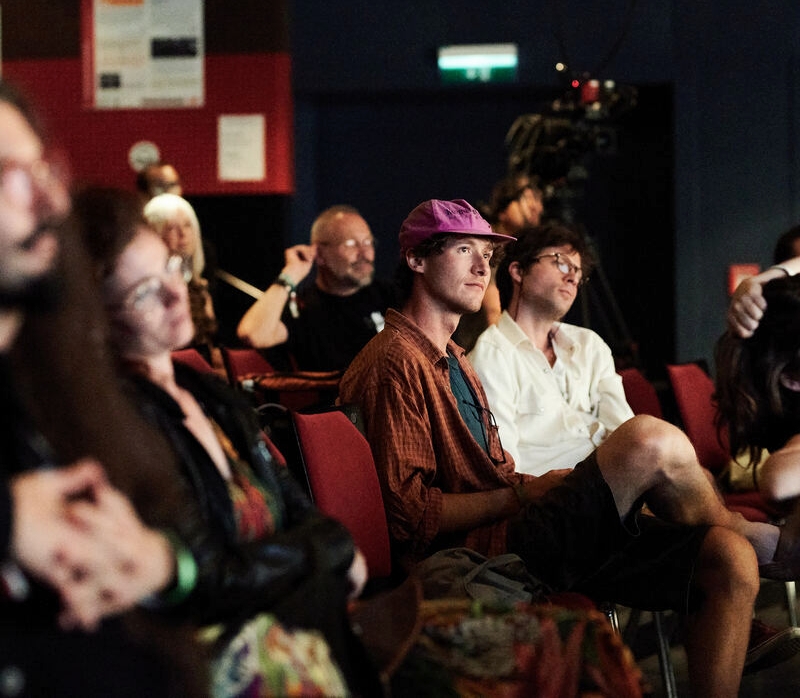 On Lessons Learned from COVID-19

"We’ve learned that when the world community is motivated to solve a problem, they can do it remarkably well. The creation of all the new vaccines was done in absolutely record time. You know, people were thinking that it would take at least five years to come up with a vaccine but it took a matter of months. So the first thing we have to do is keep remembering that it is possible. We’ve done it with the pandemic, we’ve made huge scientific advances in a very short time. Now we have to do that fifty or a hundred times over with climate change, which is a much bigger problem.

"The second thing is that I think people have started to understand who matters in society. In England we have this phrase, ‘essential workers’. Who were the essential workers? They weren’t hedge fund managers, they weren’t bank managers and they weren’t artists either. They were the people who keep the NHS running, the people who keep things going. And I think there’s a different level of respect for those people evolving. We’re seeing that what they do is really, really important!

„The third thing I started to realize about the pandemic is that in times of danger, people resort to authoritarianism. And we’ve seen all of the countries that have made the worst response to the pandemic have been authoritarian countries. Bolsanaro in Brazil, Narendra Modi in India, and Boris Johnson in England by the way. And it’s interesting to me that the countries that have done well have been the ones that respected their scientists and their women [with] women in senior positions of government, running the health ministries or whatever. So I think we’ve seen living examples of what kind of government doesn’t work in a situation like this and I hope we don’t forget that.“ 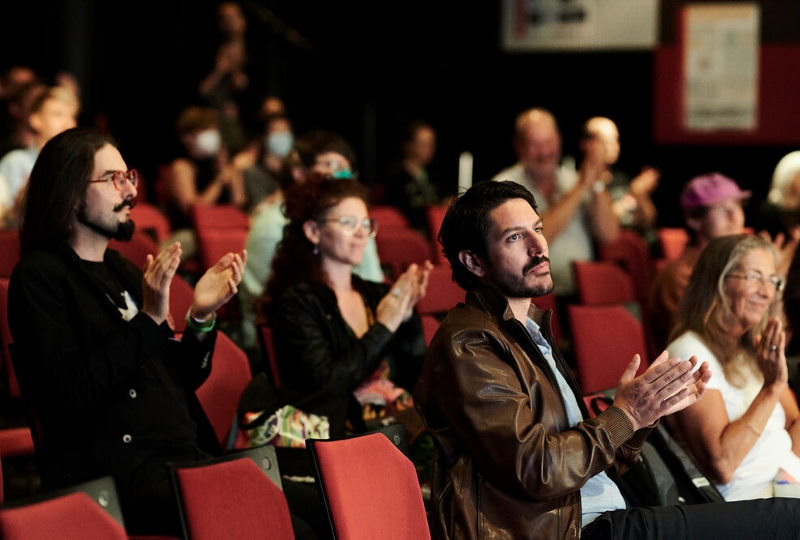 On How Music has Changed Over the Last 200 Years

"I remember reading a biography of some obscure Victorian gentleman a few years back and there was one sentence in it that really stuck in my mind. And it said, ‚By the end of his life, he had heard Beethoven’s seventh Symphony seven times‘. So to hear the same piece of music, especially a big orchestral piece like that more than a few times was very unusual.

"One of the characteristics of our listening experiences now is that we are completely used to repetition. We absolutely expect to be able to listen to something repeatedly over and over throughout our whole lives if we want to. You know, I’ve got records, Miles Davis’ ‘Kind of Blue’ for instance, that I think I must have listened to probably several thousand times. This was unthinkable 120 years ago, that one would become so familiar with a piece of music that you know where every scratch on the record is, and you know that music actually much better than the people who played it. I’ve met people who’ve listened to my records far more than I’ve listened to them and they can tell me things about them that I haven’t noticed yet. So we as listeners are very active, very much a part of the process now. 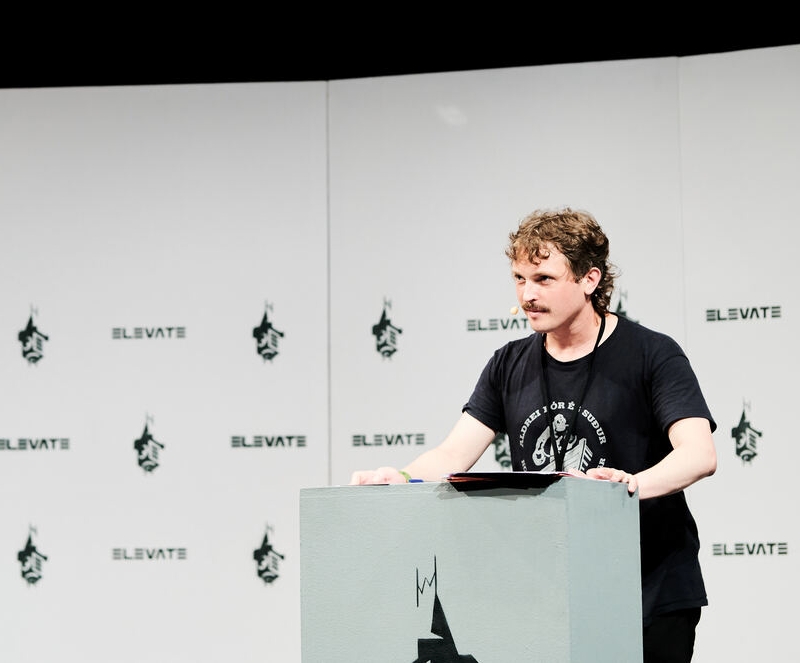 "I heard Steve Reich’s piece, ‘It’s Going to Rain’ for the first time in the late 1960s. I don’t know how many of you know that piece. But it’s a very simple idea. It’s one little loop of tape, the same loop of a man saying ‘It’s gonna rain!’ played on two different recorders. And the two tape players run slightly out of sync and the two loops cross each other differently [because] they’re running at slightly different speeds. So while the basic material of the piece is as simple as it could be, the experience is as complex as it could be. Your brain is absolutely engaged in hearing these minute differences that develop over time. And it was listening to that piece, I realized that it was my brain that was doing half of the composing. Steve Reich set up this situation which said, ‘go on brain, make something of this’. And my brain did make something of that.

„In the 20th century, there were so many developments in music that made it different from the classical experience of music that it should have had a new name! It should have been called, I don’t know, Nusic or something like that. Because it’s not the same experience. It couldn’t be more different.“

77 Million Paintings can be visited @ Dom Im Berg until the 28th of August. 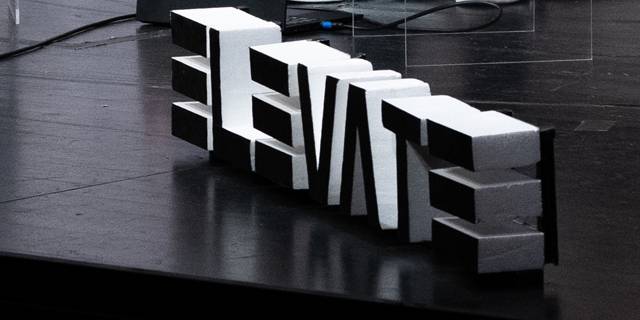 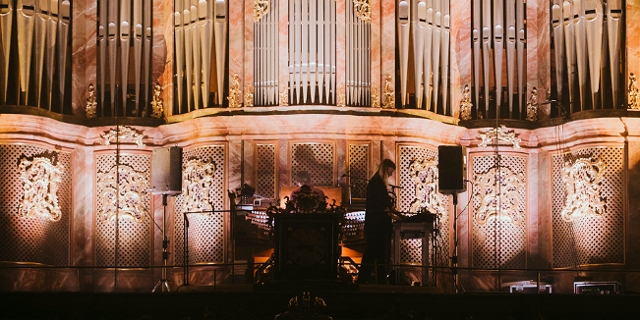 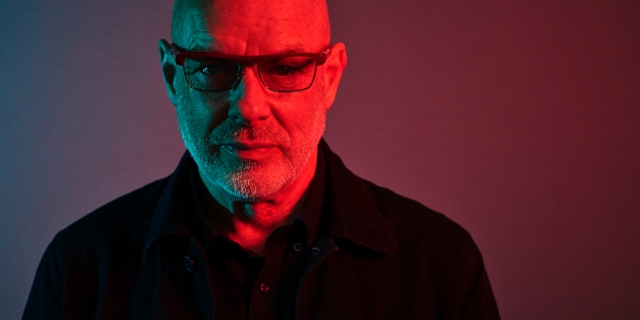 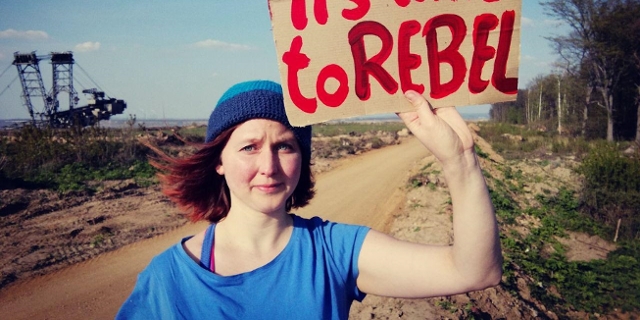 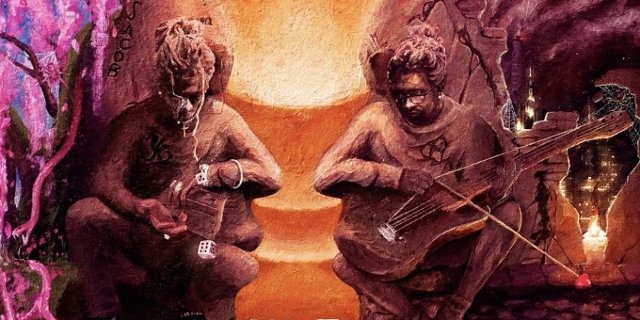 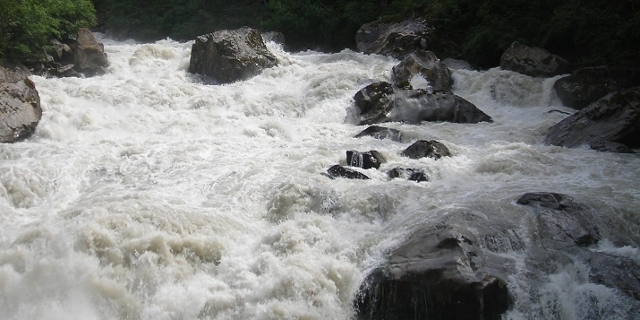 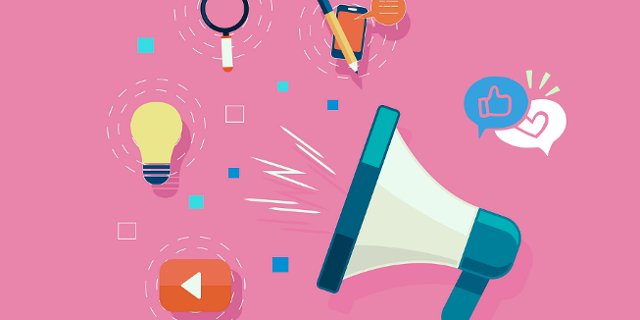 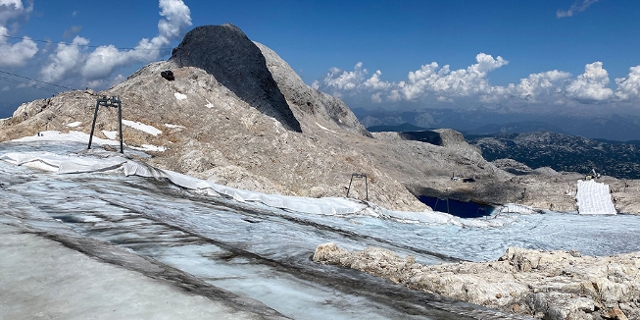